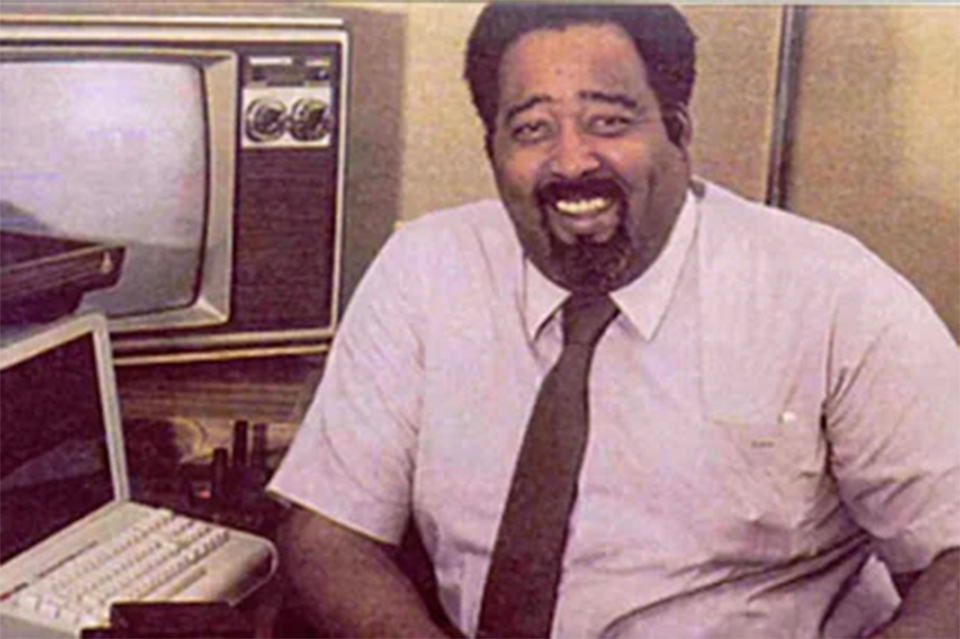 He’s considered one of the “fathers of modern gaming!”

We too were shocked when we saw the recent Google Doodle profiling Gerald “Jerry” Lawson, father of the video game cartridge. The fact that the nostalgic childhood pastime of playing video games was intertwined with an invention made possible by a brother was not lost on us. In 2017, we briefly profiled Lawson’s contributions to the field of engineering and why they were so monumental.  Now we’re back to amplify this important nugget of hidden history and continue the conversation of honoring Lawson’s legacy by telling you more about his remarkable story.

Lawson was born December 1, 1940 in Brooklyn, NY. Inspired by the inventions of George Washington Carver, Lawson decided he wanted to create his own inventions as well. He discovered an affinity for electronics as a child, using his free time to repair televisions in the neighborhood and build his own radio station using recycled parts. He attended both Queens and City College in New York before dropping out to pursue his career as an engineer. He then moved to Palo Alto, California, a rising area known as “Silicon Valley” that had become synonymous with innovative tech startups.

He landed a job with Fairchild Semiconductor working as an engineering consultant. Some years later, Lawson was promoted to Director of Engineering and Marketing in Fairchild, overseeing their video game department. He often ran in circles with other Silicon Valley pioneers, including Apple co-founders Steve Jobs and Steve Wozniak, who he met at a local club group called the Homebrew Computer Club. Lawson later remarked that he “was not impressed with them,” CNBC reports.

Once reflecting on his time back in the 70s, Lawson admitted that being Black in the tech world was “both a plus and a minus.”

“If you did good, you did twice as good, [because] you got instant notoriety about it,”

It wouldn’t be long before he experienced that, a chance meeting with Allan Alcorn, the creator of “Pong,” sparking Lawson’s own desire to begin a creative project building his own coin-operated video game in his home garage. The result was the “Demolition Derby,” which Fairchild learned about, asking Lawson to build another game console for the company at work.

The result was the Fairchild Channel F system, with the “F” standing for fun! This system made history as the first home video game system complete with interchangeable game cartridges, an 8-2 way digital joystick, and a pause menu. The invention was a first-of-its-kind and Lawson said he felt “like a secret agent” working in clandestineness so that he wouldn’t tip off competitors. The work took about six months and the Channel F system debuted in 1976. The hardest part for Lawson and his team was figuring out how to make it possible to insert and remove cartridges repeatedly “without destroying the semiconductors” or possibly causing a small explosion.

“Nobody had the capability of plugging in memory devices in mass quantity like [that] in a consumer product. Nobody,” Lawson said during a 2009 interview.

Despite the technological innovation, Channel F only sold about 350,000 units before Fairchild sold the technology to an electronics company named Zircon in 1979. A few years later, Zircon canceled the project. Still, the technology was groundbreaking and scared other companies who feared it would put them out of business. A year later, Atari released a similar design, the Atari 2600, which sold more than 30 million units while in production. The technology created by Lawson would not only pave the way for Atari but also for other gaming systems like SNES and Dreamcast.

In 1980, he eventually left Fairchild, launching his own company, VideoSoft, one of the first Black-owned video game development companies. Under his own banner, Lawson created software for the Atari 2600, which popularized the use of Lawson’s video game cartridges. Decades later, in 2015, Fast Company would note that the success of Atari in comparison to Channel F likely had to do with the company’s brand name, which was already familiar to gamers as a result of popular Atari-created games like “Pac-Man.”

VideoSoft only lasted five years, but Lawson had cemented himself as a trailblazer in the industry and spent the rest of his career consulting with gaming and tech companies and mentoring Stanford University engineering students. Lawson passed away in 2011 at the age of 70 but was very aware of the gravity of his contributions before his transition, referring to himself as a “maverick.”

“You had to be a maverick to get things done. To break new horizons, you had to break some rules,”

In 2011, he was honored for his work by the International Game Developers Association (IGDA). The University of Southern California also created an endowment fund in his name, supported by Microsoft and Take-Two Interactive, that supported underrepresented students pursuing an undergraduate or graduate degree in game design or computer science. USC announced the fund for Black and indigenous students, calling Lawson “one of the fathers of modern gaming.” Lawson’s achievements were also immortalized at the World Video Game Hall of Fame in Rochester, New York.

The Google Doodle honoring Lawson was released on what would’ve been his 82nd birthday. The Doodle featured games designed by a trio of guest artists and designers including Davionne Gooden, Lauren Brown, and Momo Pixel. Lawson’s children, Anderson and Karen Lawson, collaborated on the project, speaking about the importance of their father’s legacy and what they hope his story accomplishes.

“Gerald Anderson Lawson was an engineer, always curious, critical in his thinking, and logical in how he solved problems. He challenged us to extend beyond our limits and encouraged young people to pursue careers in science and technology…He loved what he did and did what he loved. Considering the obvious challenges for African-Americans at the time, his professional achievements were quite remarkable…Due to a crash in the video game market, our father’s story became a footnote in video-game history. However, over the past few years, there have been numerous awards, scholarships, and media that have recognized him. Our family is eternally grateful to those who have worked tirelessly to bring his story to the public…May his story continue to inspire numerous young people around the globe to achieve something remarkable,” they said via statement.

Thank you for your contributions Mr. Lawson! Because of you, we can!

This article was originally published to BOTWC