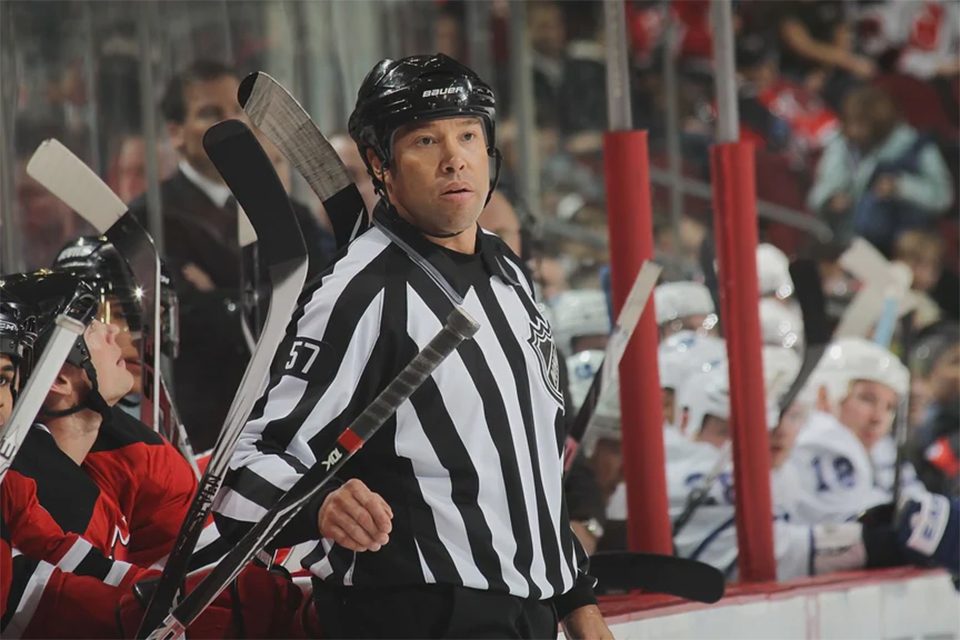 Jay Sharrers is a British Columbia native, growing up in the city of hope, just two hours east of Vancouver. He and his brother both had dreams of making it big as hockey players, Sharrers realizing early on he may not make it as a player, shifting his focus to officiating.

Pioneer in the field

In 1990, he made history as the first Black linesman in the NHL, something he said he didn’t realize the full weight of at the time. A decade later, it happened again, Sharrers making history as the league’s first Black referee in 2001. Throughout his two-decade career, he has pioneered a career for more Black officials in the league, presiding over seven Stanley Cup Finals and the 2010 Winter Olympics.

“Jay kind of blazed the path for more officials of color to show them, ‘Hey, I can do it.’...Not only did he just do it, he did it at a very high level,” said Shandor Alphonso, the second Black NHL linesman.

Now Sharrers has been inducted into the B.C. Hockey Hall of Fame, an honor he calls “surreal.”

“It’s almost surreal. Obviously, being born and raised in British Columbia to be part of a group that has had so many people come before me that have meant so much to B.C. Sports. It’s a very big honor,” Sharrers told reporters.

He retired in 2017 from on-ice officiating, working as an officiating manager in the league since then. His brother Matt said he was overjoyed to hear about his brother’s honor and see how far he’s taken their childhood dream.

“He was committed to being the best…He is one of the best. So I’m super proud he earned it,” said Matt.

While his journey was not without challenges and Sharrers admits he faced a little more criticism being a Black man in the league, he never let it get to him, choosing instead to focus on what he loved the most. Now that he’s accomplished one dream, he’s on to another, hoping to spend the rest of his career sharing his knowledge and inspiring the next generation.

“There may be other guys, other kids that would perhaps look to me as someone who maybe overcame more challenges than the average kid to make it,” said Sharrers.

He was inducted this past weekend alongside NHL players Eric Brewer, Mattias Ohlund, Ray Stonehouse, and the junior hockey team Kootenay Ice.