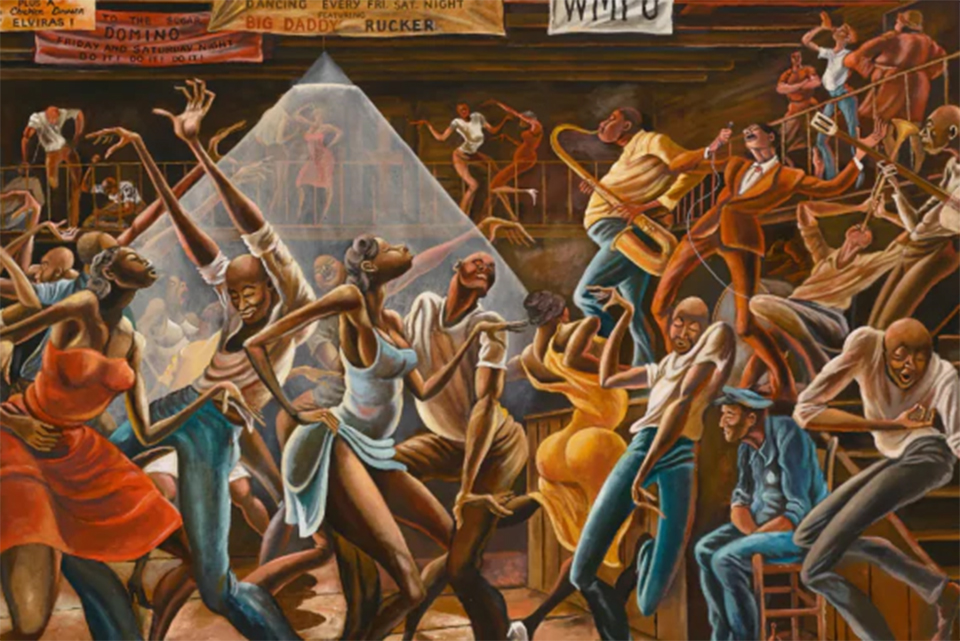 The Sugar Shack is a painting by former professional football player turned artist, Ernie Barnes. The work has become a cultural staple in Black American culture, featured in the opening and closing credits of Norman Lear’s hit 1970's sitcom Good Times and as Marvin Gaye’s album cover for his 1976 release I Want You. Now the painting has been sold at Christie’s auction house in New York for nearly $15.3 million.

#AuctionUpdate Ernie Barnes ‘The Sugar Shack sets an auction record for the artist this evening, 27x the previous record set by the artist. After over 10 minutes of bidding by up to 22 bidders, the piece realized $15.275 million. pic.twitter.com/GQOH03vF0a

Inspired by Barnes’ childhood memories of his North Carolina town, the painting depicts a dance hall filled with a variety of Black characters all in vibrant hues as they move to the sounds of the band. The elongation of the subjects has become a style known as Black Romantic. Not only did the work become a cultural symbol, as evidenced by its portrayal in other culturally iconic moments, but Barnes himself also rose to cultural prominence.

In two early episodes of Good Times, Barnes made a cameo with other paintings from him also featured in the show. Gaye was so enamored by the painting that he sought out to ask personal permission to use the work for his album cover. Then in 1983, during the TV special Motown 25: Yesterday, Today, Forever, The Sugar Shack painting was re-imagined with live dancers enacting a fictitious scene inspired by the work. In 2009, Barnes passed away at the age of 70 due to leukemia, but his work has continued to live on, representing the whole of Black culture. 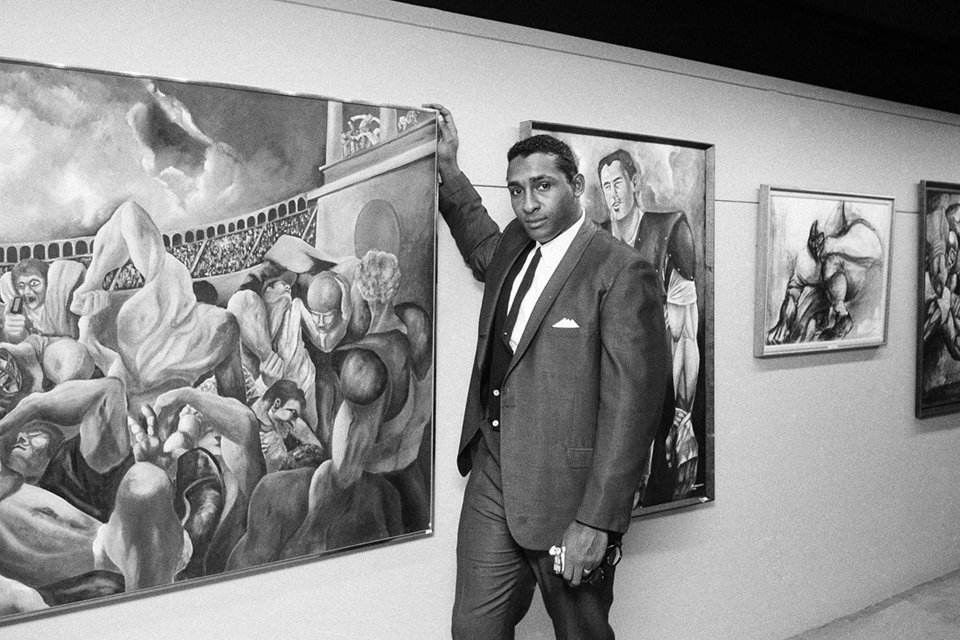 FILE - This Nov. 15, 1966, file photo shows Ernie Barnes, former offensive lineman for both the American and National Football leagues, standing alongside one of his paintings at the Grand Central Art Gallery in New York. Barnes retired from the NFL to pursue a career as an artist. The North Carolina Museum of History has an exhibit that showcased many of Barnes' original paintings, as well as artifacts from his life. (AP Photo/John Rooney, File)

The painting, initially valued at $200,000 by Christie’s auction house, sold for more than 76 times that, drawing 22 bidders and setting a sale record that was more than 27 times higher than Barnes’ previous sale record. The auction only lasted for 10 minutes, with Houston-based energy trader Bill Perkins securing the sale. Perkins said the value of Barnes’ painting far exceeds the price tag.

“I would have paid a lot more. For certain segments of America, it’s more famous than the Mona Lisa,” he explained.