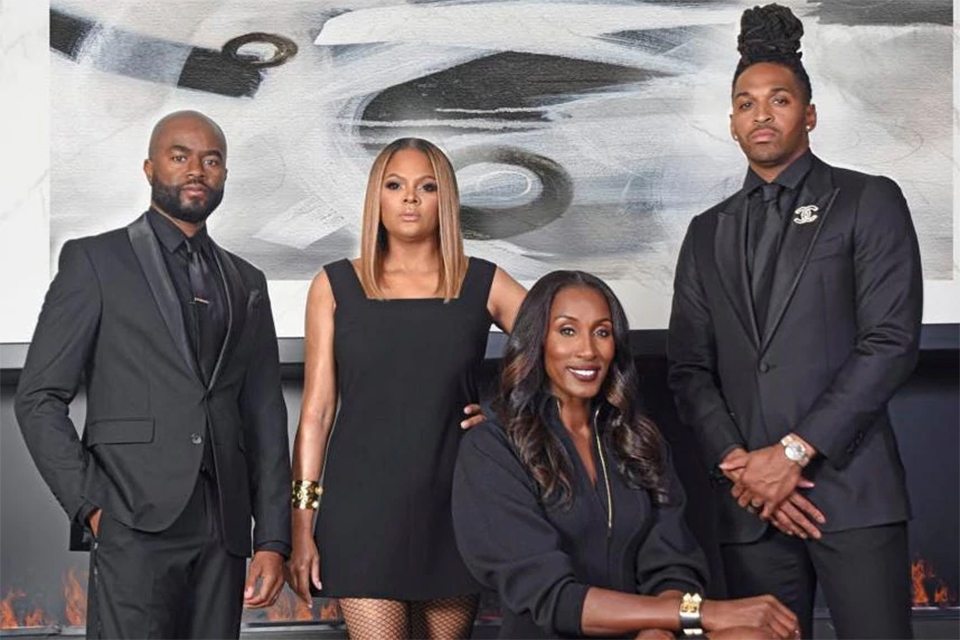 Aston Rose is a first-of-its-kind luxury national real estate firm, specifically focused on assisting athletes, celebrities and high-net-worth clients with their real estate needs. Tomi Rose, a former professional cheerleader turned real estate maven, is the cofounder and senior director of the company. Rose has been in real estate for the last 20 years, known for her work of creating the idea of a real estate sports and entertainment division since 2013. Most famously known for selling LeBron James’ South Florida home, Rose has also starred on NBC’s Hot Listings Miami and serviced clients Caron Butler and Meyers Leonard.

Her concept of a sports and entertainment division has since been adopted by popular real estate firms including ONE Sotheby’s International Realty, Douglas Elliman, and Compass. Rose partnered with former professional athletes Rob Hite, Rod Watson, and Lisa Leslie, all of whom also pivoted to real estate, and together they serve as co-founders of Aston Rose, their combined real estate transactions exceeding $500 million.

Their motto, “By Pros for Pros,” gives the firm a unique advantage, catering to those individuals new to fame and fortune who come from underserved communities.

“We understand that many African American and minority athletes are making money for the first time.

"Unfortunately, so many of those athletes fall into the trap of it being about things that don’t appreciate in value for them; our firm is changing that,” Leslie explained.

Since becoming a four-time Olympic gold medalist and two-time WNBA champion, Leslie has been working in real estate for the last five years as a luxury realtor. Her client list includes Kyrie Irving, Chris Webber and Anita Baker, which led her to being lauded as a “top 10 in closed volume” awardee from her previous firm, Keller Williams Realty of Boca Raton, Florida.

Hite is also a former NBA player who has dominated the South Florida markets for some time now, most known for his sale of David and Victoria Beckham’s penthouse at the One Thousand Museum in Miami. Hite has also been named as ONE Sotheby’s International Realty’s top 20 producer. It was Hite who proposed a partnership to Rose and explained how they could come together for a larger purpose.

“It’s critical for us that the athletes and entertainers we work with have a solid understanding of how to make real estate work for them and how to invest wisely,” said Hite.

Watson also played basketball internationally, working in the real estate sector for the last 15 years. He is a trusted and proven luxury real estate advisor, most recently serving as Director of Sports and Entertainment at Keller Williams Beverly Hills. His clients include NBA stars Melo Ball, Moochie Norris, De’Aaron Fox, Zach Randolph, and Markelle Fultz. Watson says he hopes to provide an example for others that he didn’t have growing up.

“I, like many other athletes, came from a difficult upbringing.

"I didn’t see any Black or African American real estate agents when I was growing up.

"It was a no-brainer when the opportunity to work with Tomi, Rob, and Lisa emerged,” Watson said.

The company has residential, commercial, and development divisions. They have also stepped into the future, personalizing in Web3, NFTs and Metaverse experiences. Aston Rose hopes to become the most diverse and inclusive luxury real estate firm in the world. Currently, they are working withSide INC, a company that helps market independent top performing real estate agents, to develop an exclusive group of freelance partners that will help expand their footprint from coast to coast.

“We’ve all worked for brokers where we were the only minority and didn’t always get the same level of support as others; Aston Rose is ensuring we have our own while also sharing it with others,” said Leslie.

To learn more about the work of Aston Rose, visit their website at www.AstonRoseSE.com.