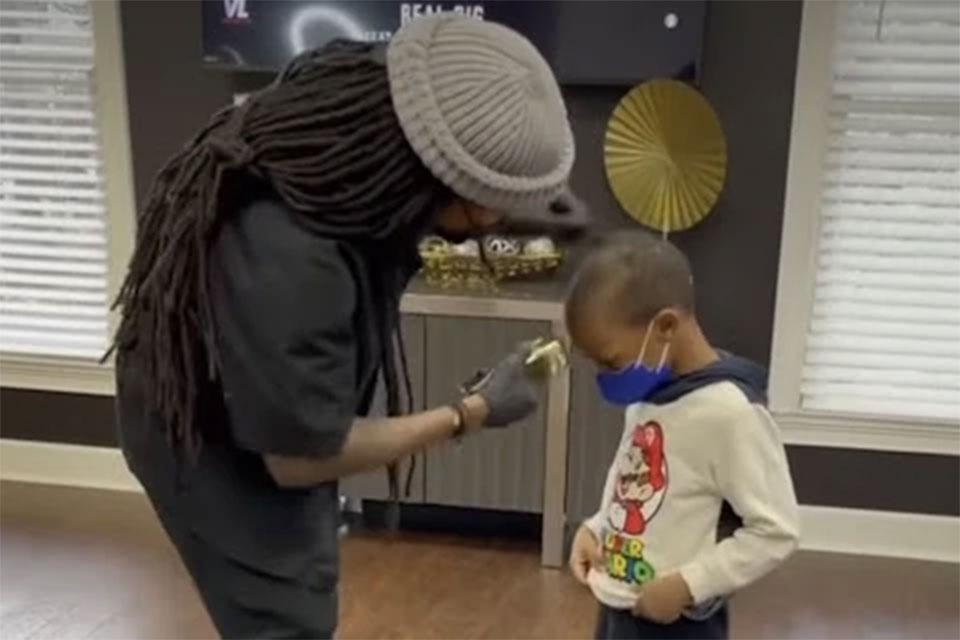 A mom praised a barber for their patience and ingenuity while cutting her autistic 6-year-old’s hair, Black Enterprise reports.

LaQuista Erinna is the mother of a 6-year-old son diagnosed with autism. Recently, she took to social media to share a heartwarming moment between her son Jackson and his barber that has since gone viral.

In the video, Jackson can be seen getting his hair cut while standing up as his barber Ree pays close attention to his sensory needs, making sure to show off his skill while completing the precise haircut and playing a game with Jackson who is sensitive to loud noises and doesn’t like hair to touch him.

The clip shows Ree and Jackson running around the shop, playing a type of game as Ree continues to cut Jackson’s hair. Erinna took to the caption to give context to the video and praise Ree for her efforts, professionalism and patience.

“@Expozdcutz…has been a blessing to my family. When your kid is on the spectrum, people don’t want to be bothered. She’s always been so patient and kind to Jack-Jack. Yesterday was an epic meltdown. I usually have to do some coaching to get him in the chair. He will put on his headphones, and we power through. Yesterday he forgot his headphones, and it went downhill fast. He refused to sit in the chair and just lost it. Ree noticed his Super Mario bro hoodie (he’s low-key obsessed) and told him that he needed to save Mario by making sure no hair gets on him. She cut his hair while he moved and ran around the shop. His smile at the end was priceless,” she explained.

Erinna then took it a step further, urging people to put some respect on Ree’s name, creating a GoFundMe for tips to support the barber’s current and future work.

“So many have asked how they can support her. I want to raise money so she can continue working with kids, especially those with special needs. We all know COVID really affected our barbers and beauticians. Please donate to show love to this angel on earth,” Erinna wrote on the fundraising page. So far, the page has raised more than $3400.

Thank you for all you do Ree. You are appreciated. To support her efforts, click here.