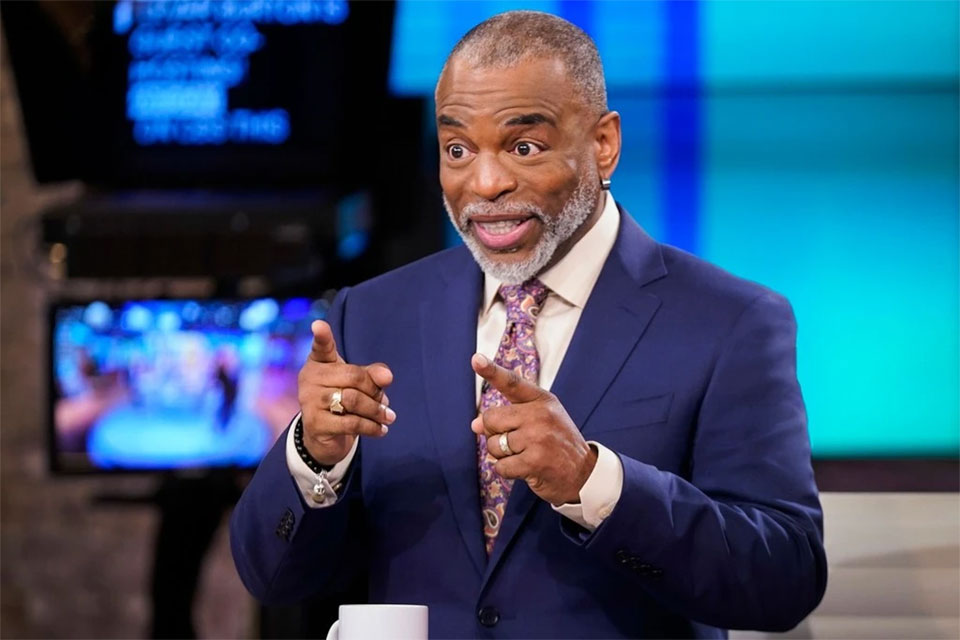 Our national treasure, Levar Burton, has been tapped to host a game show based on the classic trivia game "Trivial Pursuit," which is being developed by Burton's LeVar Burton Entertainment (LBE) alongside Hasbro's Entertainment One (eOne), according to Variety.

"'Trivial Pursuit' is one of the best-known brands in the gaming universe," Burton said. "I am thrilled to have partnered with Hasbro and eOne to bring this beloved game to market as a premium show for television."

The announcement comes off the heels of Burton's campaign to take over "Jeopardy!" following the passing of beloved host Alex Trebek last year. He was a fan favorite, an online petition in support received nearly 300,000 supporters and he was a popular guest host in July; however, he was passed over for the role in favor of now-fired executive producer Mike Richards. After the public outcry over the show's decision, Burton thanked his fans, tweeting that he felt blessed by the outpouring of love.

I have said many times over these past weeks that no matter the outcome, I’ve won. The outpouring of love and support from family, friends, and fans alike has been incredible! If love is the ultimate blessing and I believe that it is, I am truly blessed beyond measure. 🙏🏾

This past September, while speaking on "The Daily Show With Trevor Noah," Burton told Noah that although he was grateful for the chance to pursue his dream of hosting the show, he realized it wasn't what he wanted.

“The crazy thing is that when you set your sights on something…they say be careful of what you wish for, because what I found out is that it wasn’t the thing that I wanted after all,” Burton told Noah. “What I wanted was to compete. I mean, I wanted the job, right, but then, when I didn’t get it, it was, like ‘Well, okay, what’s next?’”

Burton will also executive produce the series along with LBE's Sangita Patel, Tara Long, and Geno McDermott from eOne.

"LeVar Burton has been an iconic member of American pop culture for decades from 'Roots' to 'Reading Rainbow' to 'Star Trek' and beyond," Long, president of global unscripted television for eOne, said. "His love for intellectual curiosity paired with his ability to connect with audiences worldwide make him the perfect partner to bring Hasbro's beloved trivia game to households in a new and exciting way."

"Trivial Pursuit" is currently available in more than 26 countries and 17 languages. Over 100 million copies of the game have been sold, and it was named to the "Games Hall of Fame" by Games magazine. The Trivial Pursuit game show is the latest board game to TV to come from Hasbro’s repository; a network hasn't picked it up yet.

When the internet found out that the "Star Trek" and "Roots" star was finally receiving his own show, they were overjoyed. Here are some of the reactions:

All is as it should be. Congrats @levarburton! ❤️ https://t.co/S0zckvLAVn

I NEED TO BE A CONTESTANT!!!

We're so proud of you, Lavar. A "no" just means you move to the next opportunity, congratulations!