The Queen of Salsa, Celia Cruz, Is Being Honored With a New Barbie by Mattel 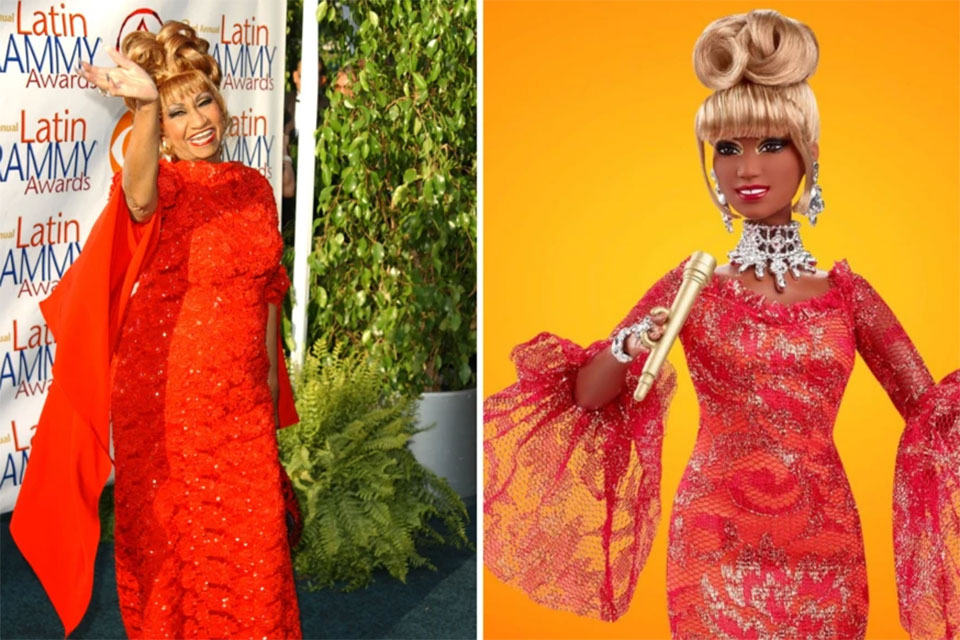 Mattel recently introduced two new Latinas dolls to its iconic Barbie lineup, activist Julia Alvarez and the Afro-Cuban Queen of Salsa, Celia Cruz. Cruz was born in 1925 in Havana, one of an extended family of 14, Britannica reports. After winning a talent show and making a name for herself, she quit school to pursue a career in music.

In 1950, she became the first Black woman to become the lead singer of the famous orchestra La Sonora Matancera. Despite their success on the radio and film, after the Cuban Revolution of 1959, nightlife disappeared in Cuba, and Cruz had to migrate. First, she went to Mexico and then to the U.S. She eventually found fame after she became associated with Salsa music in the early ’70s.

She became known for her opera-like voice, avant-garde costumes, colored wigs, and high heels. She is revered as the Queen of Salsa. Before her passing in 2003, Cruz earned three Grammys and four Latin Grammy awards and was the subject of several films and documentaries. Her autobiography was published in 2004, and some of her costumes were acquired by the Smithsonian Institute.

Now, in celebration of Latinx Heritage month, Mattel is honoring Cruz with her own Barbie doll in the hopes of inspiring an entirely new generation of young Latinx people.

“As a stage performer, on-screen actor, and recording artist who succeeded in a male-dominated music scene, Celia Cruz is also known as the ‘Latin Triple Threat.’ Her long and storied career serves as an endless inspiration for aspiring musicians. Through the Celia Cruz Foundation, her legacy continues to provide scholarships for young Latino students,” Barbie said via statement.

Cruz’s Barbie is a part of the Role Model series, which features several other dolls made in the likeness of inspiring figures, including a recent Barbie in honor of tennis phenom Naomi Osaka.

Barbie said this year’s focus is to “[commemorate] the lives of many women who have left their mark over time” and renew their commitment to “inspire girls to be who they want to be.”

You can purchase your Celia Cruz Barbie doll at www.barbie.com.