This One-Armed Basketball Prodigy Gets a D1 Offer From HBCU 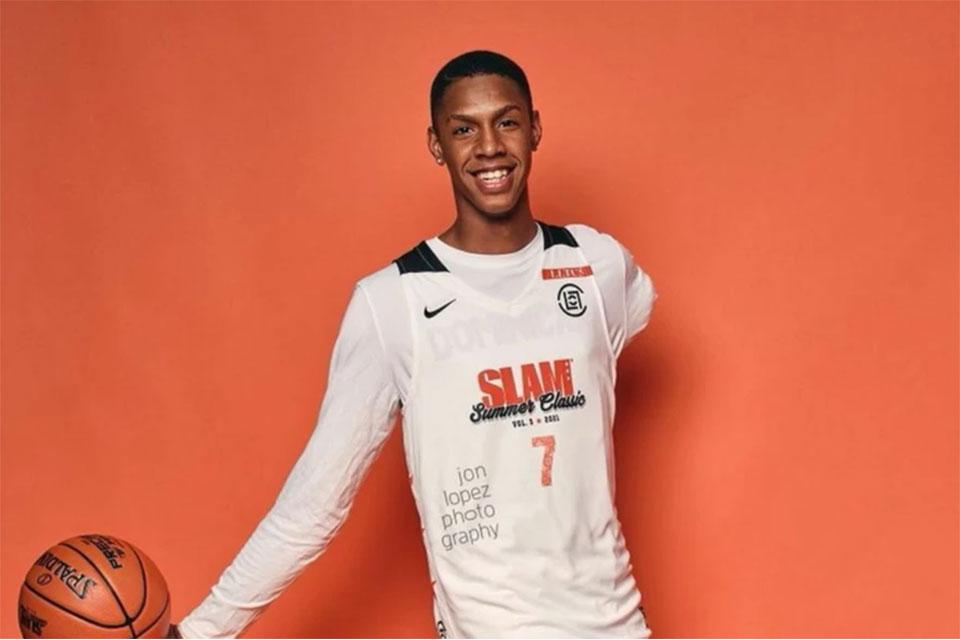 One-armed high school basketball phenom, Hansel Emmanuel Donato Domingez, has finally received his first D1 school offer and it’s from Tennessee State University (TSU), a Historically Black College and University. Domingez hails from the Dominican Republic and lost his arm at six years old. Now, he’s a basketball prodigy who’s been breaking ankles on the court at AAU tournaments. He took to Instagram to announce his first D1 scholarship offer to his more than 640,000 followers.

Eleven years ago, he was playing when a wall fell on him. Two hours later, he was rescued by his father, who’d been away at a basketball tournament.

“My life fell apart when Hansel’s accident happened. I was the one with him, and when they had to amputate his arm, I felt like it was all over. But God grabbed us and led us down this path,“ His father, Hansel Salvador Donato, a former pro basketball player, told the Orlando Sentinel. “You remember everything [from the accident] because a blow like this is not forgotten, so quickly regardless of all that he is achieving, thanks to God.”

Recognized for his drive

After his accident, Domingez continued to pursue his dream of playing basketball. In 2020, his hard work paid off, and when a family friend in America learned he wanted to play, they helped secure a scholarship at Life Christian Academy in Kissimmee, Fla. He told reporters that he doesn’t want people to focus on what he’s missing physically but to recognize “a great player who will go as far as many.”

“My thing is to play basketball. I am not fluent in English, and that makes it difficult for me to communicate with my teammates, but many of them help me, and, well, we understand each other between shots to the basket,” the six-foot-five phenom said.

Although people have been wowed at his skill, many times doing things on the court that players were two arms couldn’t fathom he had no D1 offer until last Thursday. TSU has been recruiting top players from around the country, we recently reported signing the son of hip-hop icon, Master P, and three-star recruit Hercy Miller. The HBCU hasn’t reached an NCAA Tournament in several decades, but it has gone to the CIT Tournament four times in their program history: 2012, ‘13, ‘16, and ’20.

Hansel told reporters months ago that he’s focused on doing his best and having faith in God for how things may turn out.

“It’s not about what I want to achieve or do in life; it’s what God wants from me.”

We wish you all of the success, Hansel!