Incredible Raven: Saunders Lends Her Voice to the Olympics 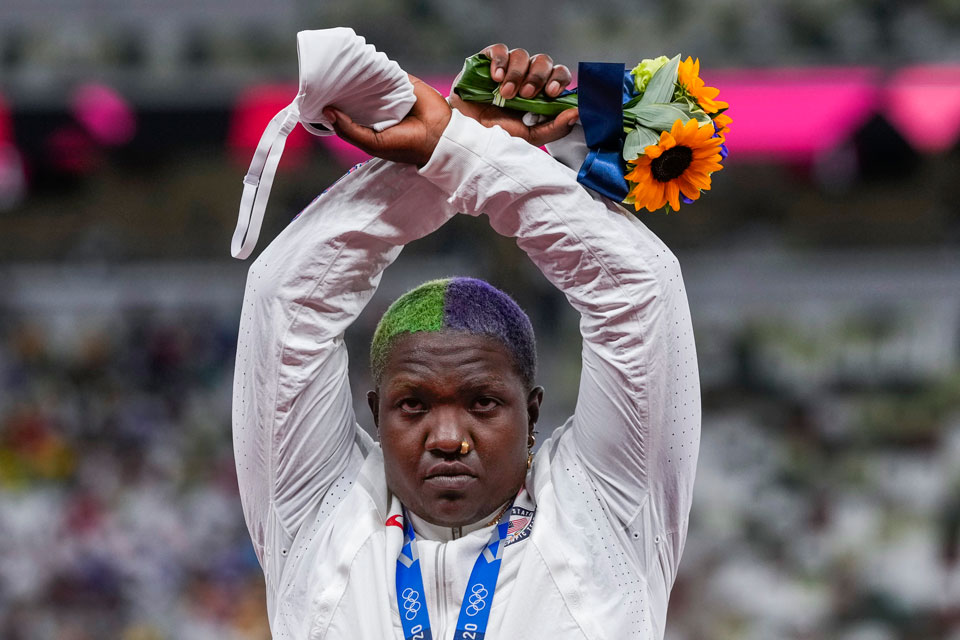 TOKYO (AP) — The “Incredible Hulk” mask should not fool anybody. Raven Saunders has nothing to hide.

The face, and the voice, of the Tokyo Olympics, and all they're about, could very well be found in a 25-year-old American shot putter who, on Sunday, could be spotted wearing the green and red superhero face covering, sporting the purple and green hair, donning the neon-blue shades and winning a shiny silver medal.

During the photo op at her medals ceremony Sunday night, Saunders stepped off the podium, lifted her arms above her head and formed an “X' with her wrists. Asked what that meant, she explained:

"It's the intersection of where all people who are oppressed meet."

A meaningful gesture for Saunders, who is openly gay, has contemplated suicide, has seen poverty and depression ravage her Black community and others like it. She has often wondered if the Olympics, which make a grand point of celebrating diversity but often struggles to live up to that mission, have a spot for a person like her.

She has decided to claim her place either way. And in a space where Simone Biles, Naomi Osaka and other, better-known Olympians, have been speaking their truth, Saunders is more than willing to share hers, too.

“To be me. To not apologize,” she said in a wide-ranging conversation after her second-place finish, when asked what her ultimate mission is. “To show younger people that no matter how many boxes they try to fit you in, you can be you and you can accept it. People tried to tell me not to do tattoos and piercings and all that. But look at me now, and I’m poppin’.” 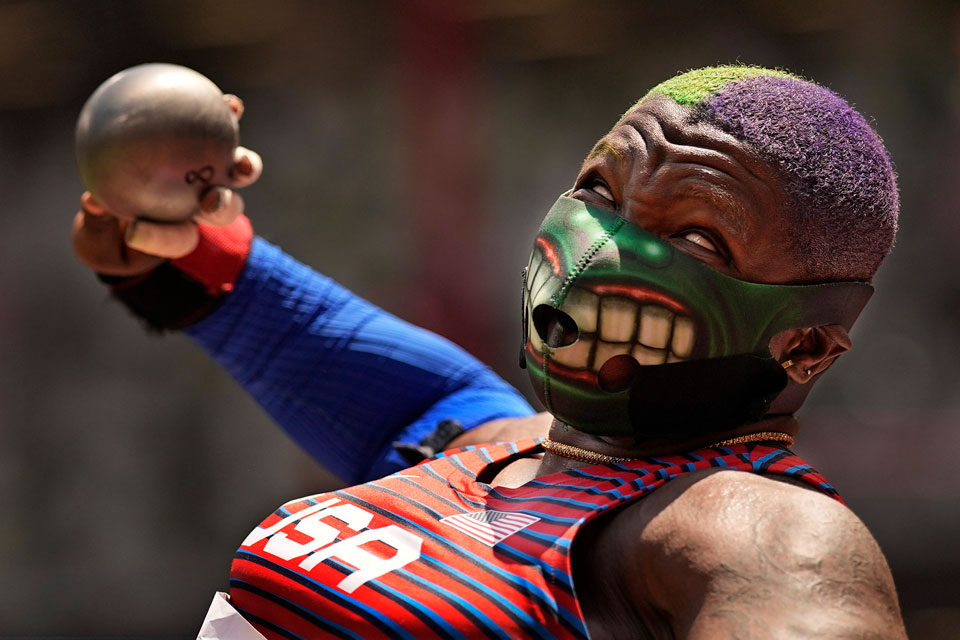 Raven Saunders, of the United States, competes in the final of the women's shot put at the 2020 Summer Olympics, Sunday, Aug. 1, 2021, in Tokyo. (AP Photo/David J. Phillip) The Hulk mask that Saunders started wearing not so long ago has its roots in many things. Namely, it is a reminder that a woman who has bench pressed 480 pounds and squatted 700 pounds and won four NCAA titles is bound to look tough on the outside, but might be very different inside.

Even though she had already been to the Olympics in Rio de Janeiro, and was in the midst of a career on an upward track, Saunders said in an Instagram post that on Jan. 26, 2018, she was on her way to “carrying (out) an attempt to end my life.”

Saunders is one of around 180 out LGBTQ athletes competing at the Tokyo Olympics, according to the website Outsports, which estimates that's more than triple the number who competed in Brazil five years ago.

The road to 'out'

She recently told the website she came out to her mom in third grade. She was outed to classmates in sixth grade, and in ninth grade, she finally started becoming comfortable with who she was. By the time she got to college, Saunders was out.

It was never an easy road.

“I feel like the atmosphere around a lot of things, especially when you’re doing so well, is ‘Well, you have everything going for you so you don’t have anything to worry about,'” Saunders said. “Whereas for me, it was like a whirlwind.” 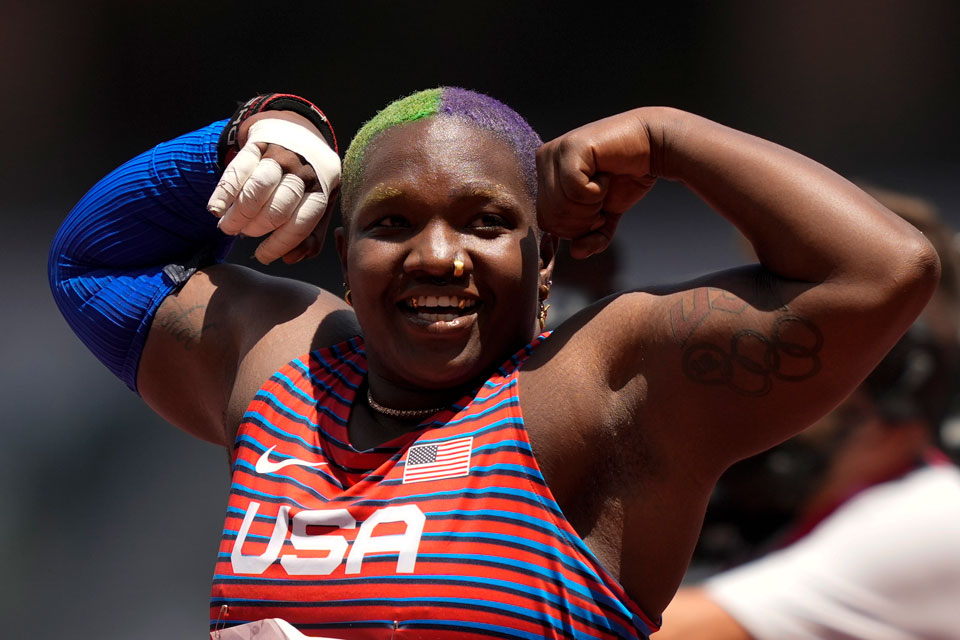 Raven Saunders, of United States, reacts during the woman's shot put final at the 2020 Summer Olympics, Sunday, Aug. 1, 2021, in Tokyo. (AP Photo/Martin Meissner) She used her platform Sunday to talk about mental health, especially in the Black community, where she saw depression and other symptoms go untreated and unspoken about for years. “The crazy house,” is what she said some homes were called in the Black community where the symptoms were seen but not checked.

She said these days, some of her friends and classmates see therapists, where they wouldn't have done that a few years ago.

“It’s OK to need people, and I feel like in our community, a lot of times through history, we haven’t had access to the resources to be able to do that," she said.

Among those Saunders has leaned on recently are Gwen Berry, the outspoken hammer thrower with whom she crossed paths during her time at the University of Mississippi.

“Raven has been through hell and back,” Berry said after advancing to the finals in her own competition. “I’m so happy to see her thrive and win. I’ll tell you a little secret, about two months ago she called me on the phone crying.

All these struggles are not nearly as fraught today as they were five, or three, or even one year ago. Mental health has been the prime topic of the Olympics, and along with her spot on the podium, Saunders seems more than ready to stake her claim in the heart of this conversation.