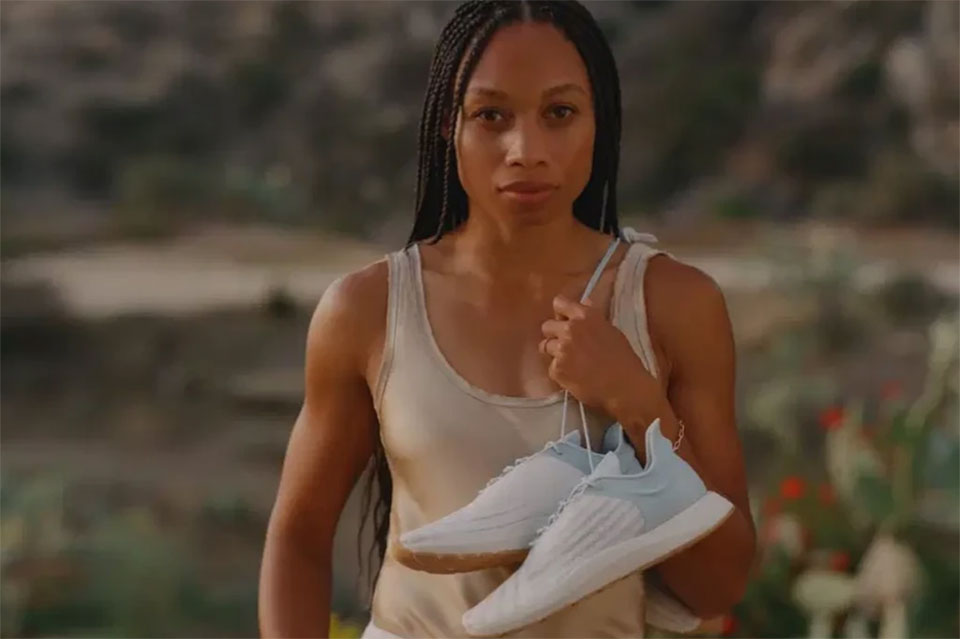 Allyson Felix launched a new athletic footwear brand for women, proving to Nike executives that she knows exactly where her "place" is, Yahoo! Sports reports.

Felix burst onto the scene nearly 20 years ago, a high school superstar from California who went on to win a World Championships silver medal at just 18 years old. Today, she is widely respected as the most decorated woman in American track and field history, holding nine Olympic medals, breaking Usain Bolt's record for most won gold medals in world championships, recently qualifying for her fifth Olympics at 35-years-old.

Previously, Felix had been in partnership with Nike, appearing in promotions and donning their logo on her racing tops, shorts, and compression shin sleeves. In 2018, she spoke candidly about the tumultuous birthing experience that almost claimed the life of her and her daughter Camryn. She had to have an emergency c-section at 32 weeks. During her recovery time, Felix attempted to re-negotiate her contract with Nike. She advocated for maternal protections that would ensure she wouldn't be penalized if she didn't do her very best during her first meet back. Nike refused to include that, offering Felix a 70 percent pay cut. She cut ties with Nike and broke her non-disclosure agreement to tell her story.

"I was told to know my place. That runners should just run, that it's just business,"

The awful experience was one that Felix wouldn't soon forget. Last week, she proved to Nike execs that her "place" is wherever she says it is, launching Saysh, a new brand of athletic footwear for women, by women. Felix partnered with her brother and business partner Wes and third co-founder Darren Breedvelt to raise the $3 million in seed funding. The women designers who engineered the company's first shoe are both former Nike employees.

Saysh shoes are built exclusively for women. Every person who buys a pair will receive a lifetime membership into the Saysh Collective, a digital subscription service offering perks, workout videos, conversations with Felix, and more. She donned a pair of Saysh spikes while securing her fifth Olympic spot, and she'll make sure she wears them again in Tokyo.

Felix opens up about family and career

Felix took to social media to share the news of the launch, reminding everyone of the mistreatment she and other female athletes have received from Nike in a letter written to the world, "and the women in it."

"I've been running my whole life. I'm good at it, and I've got a lot of medals to show for it. I was scared to stop running. I wasn't sure I would fully know who I was without it."

"Like many women, I was afraid that starting a family would be a 'death sentence' for my career. I did it anyway."

During my pregnancy, I faced a gender injustice that I couldn't run away from. My employer did not support my maternity and my colleague's maternity in a way that I could be proud of. I was told to know my place...Instead, I spoke up. I used my voice to fight for maternal protection for female athletes. No woman should have to choose between being a professional and being a Mother. Now, because of that fight, sponsorship contracts look different for a lot of athletes," wrote Felix.

She then shared an ad for the new brand, showing moving shots of herself draped in medals and a keloid scar seen just below as a result of her cesarean section. The brand posted the still image of the scar as its very first Instagram post.

"Like so many of us, I was told to know my place. But here I am, ready to run for a brand that I founded, designed for, and designed by women. All of my experience of becoming a mom, of raising a daughter, helped show me my true competitor: inequality... Here I am, using my voice to create change for us as women, and for us as mothers, and for all the women who want to be mothers. So here I am. I know my place," Felix says in the brand ad.

Her advocacy for female athletes has definitely marked a shift, thwarting the idea that female track athletes especially, have to give up their career in order to build a family. During her recent run, Felix finished second, greeting winner Quanera Hayes on the track with her daughter in hand as baby Camryn met Hayes' son who is the same age. American hurdler Nia Ali also won a world championship in 2019, just 16 months after giving birth to her daughter. That same year, Jamaican sprinter Shelly-Ann Fraser-Pryce celebrated her fourth 100m world championship by carrying her son Zyon around the track.

Felix's influence is making change for female athletes, slowly but surely. Her experience with motherhood, with Nike, and with the sport have changed her from a quiet storm to a roaring ocean. And she doesn't plan to back down anytime soon. She knows exactly where her place is.