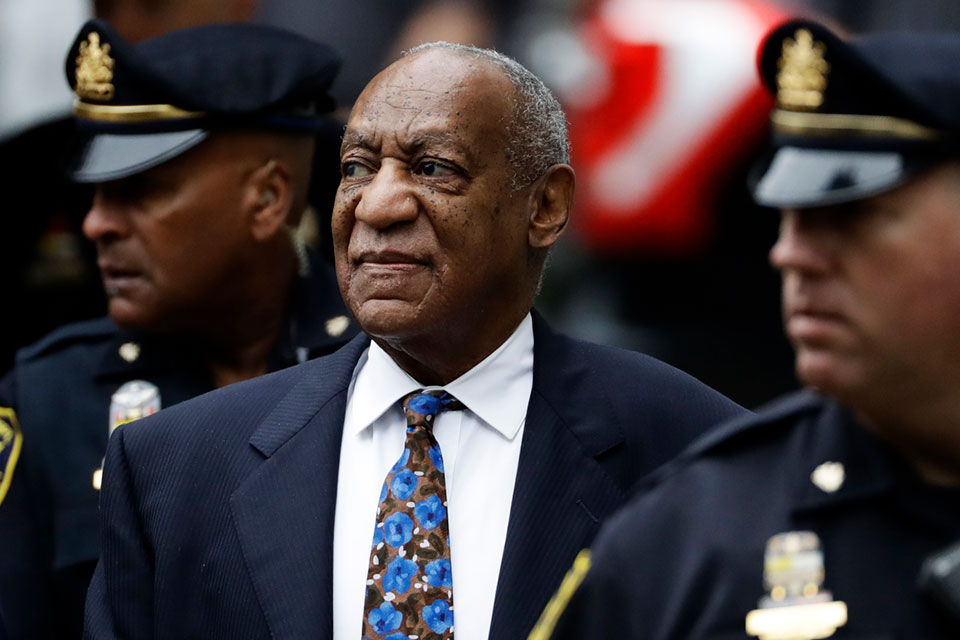 It is a stunning reversal of fortune for the comedian once known as “America’s Dad."

The state Supreme court said Wednesday that the prosecutor who brought the case was bound by his predecessor’s agreement not to charge Cosby.

The 83-year-old Cosby served nearly three years of a three- to 10-year sentence.

PHILADELPHIA (AP) — Pennsylvania’s highest court threw out Bill Cosby’s sexual assault conviction and opened the way for his immediate release from prison Wednesday in a stunning reversal of fortune for the comedian once known as “America’s Dad,” ruling that the prosecutor who brought the case was bound by his predecessor's agreement not to charge Cosby.

Cosby, 83, has served more than two years of a three- to 10-year sentence after being found guilty of drugging and violating Temple University sports administrator Andrea Constand at his suburban Philadelphia home in 2004. He was the first celebrity tried and convicted in the #MeToo era.

The former “Cosby Show” star was arrested in 2015, when a district attorney armed with newly unsealed evidence — the comic's damaging deposition testimony in a lawsuit brought by Constand — brought charges against him days before the 12-year statute of limitations ran out. 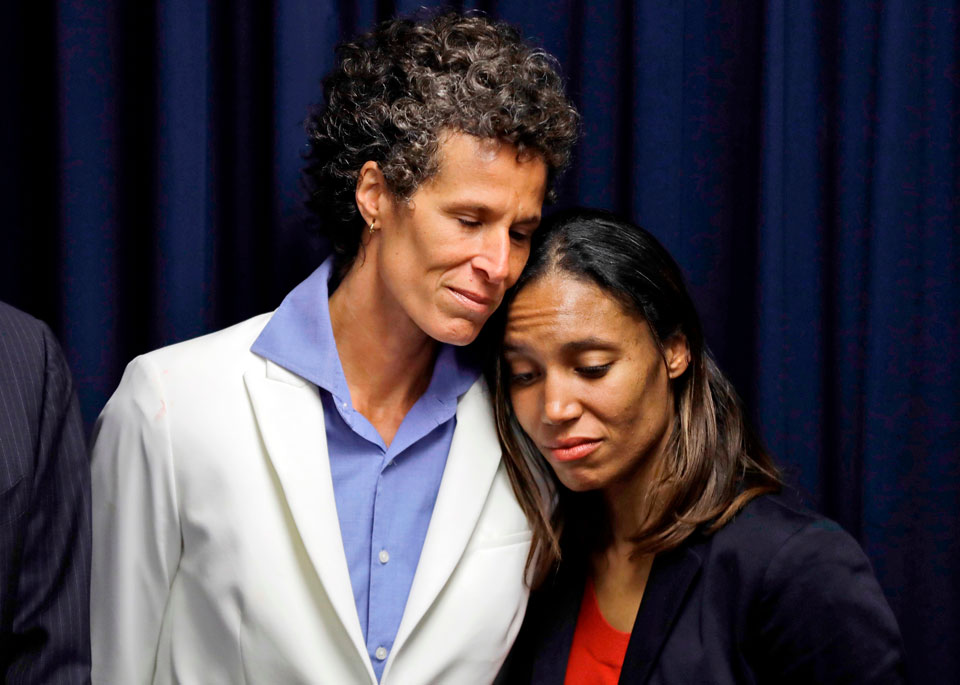 Bill Cosby accuser Andrea Constand, left, embraces prosecutor Kristen Feden during a news conference after Cosby was found guilty in his sexual assault retrial in Norristown, Pa., on April 26, 2018. Pennsylvania’s highest court has overturned comedian Cosby’s sex assault conviction. The court said Wednesday, June 30, 2021, that they found an agreement with a previous prosecutor prevented him from being charged in the case. (AP Photo/Matt Slocum, File)But the Pennsylvania Supreme Court said that District Attorney Kevin Steele, who made the decision to arrest Cosby, was obligated to stand by his predecessor’s promise not to charge Cosby. There was no evidence that promise was ever put in writing.

Justice David Wecht, writing for a split court, said Cosby had relied on the former prosecutor’s decision not to charge him when the comedian later gave his potentially incriminating testimony in the Constand’s civil case.

The court called Cosby's arrest “an affront to fundamental fairness, particularly when it results in a criminal prosecution that was forgone for more than a decade.”

The justices said that overturning the conviction, and barring any further prosecution, “is the only remedy that comports with society’s reasonable expectations of its elected prosecutors and our criminal justice system.”

A Cosby spokesman did not immediately return a message seeking comment. Nor did a Steele representative, Constand or her lawyer.

"FINALLY!!!! A terrible wrong is being righted — a miscarriage of justice is corrected!' the actor’s “Cosby Show” co-star Phylicia Rashad tweeted.

FINALLY!!!! A terrible wrong is being righted- a miscarriage of justice is corrected! pic.twitter.com/NrGUdwr23c

“I am furious to hear this news,” actor Amber Tamblyn, a founder of Time’s Up, an advocacy group for victims of sexual assault, said in a Twitter post. “I personally know women who this man drugged and raped while unconscious. Shame on the court and this decision.”

I am furious to hear this news. I personally know women who this man drugged and raped while unconscious. Shame on the court and this decision. #TimesUp #MeToo

Four judges formed the majority that ruled in Cosby's favor, while three others dissented in whole or in part.

Even though Cosby was charged only with the assault on Constand, the trial judge allowed five other accusers to testify that they, too, were similarly victimized by Cosby in the 1980s. Prosecutors called them as witnesses to establish what they said was a pattern of criminal behavior on Cosby's part.

The Pennsylvania Supreme Court justices voiced concern not just about sex assault cases, but what they saw as the judiciary’s increasing tendency to allow testimony that crosses the line into character attacks. The law allows the testimony only in limited cases, including to show a crime pattern so specific it serves to identify the perpetrator.

But the court declined to say whether five other accusers should have been allowed to testify, considering it moot given their ruling on Cosby’s claim that he should not have been prosecuted in the first place.

In New York, the judge presiding over last year’s trial of movie mogul Harvey Weinstein, whose case had sparked the explosion of the #MeToo movement in 2017, let four other accusers testify. Weinstein was convicted and sentenced to 23 years in prison. He is now facing separate charges in California.

In May, Cosby was denied paroled after refusing to participate in sex offender programs behind bars. He has long said he would resist the treatment programs and refuse to acknowledge wrongdoing even if it means serving the full 10-year sentence.

Prosecutors said Cosby repeatedly used his fame and “family man” persona to manipulate young women, holding himself out as a mentor before betraying them.

Cosby, a groundbreaking Black actor who grew up in public housing in Philadelphia, made a fortune estimated at $400 million during his 50 years in the entertainment industry. His trademark clean comedy fueled popular TV shows, books and standup acts.

He fell from favor in his later years as he lectured the Black community about family values, but was attempting a comeback when he was arrested.

The AP does not typically identify sexual assault victims without their permission, which Constand has granted.