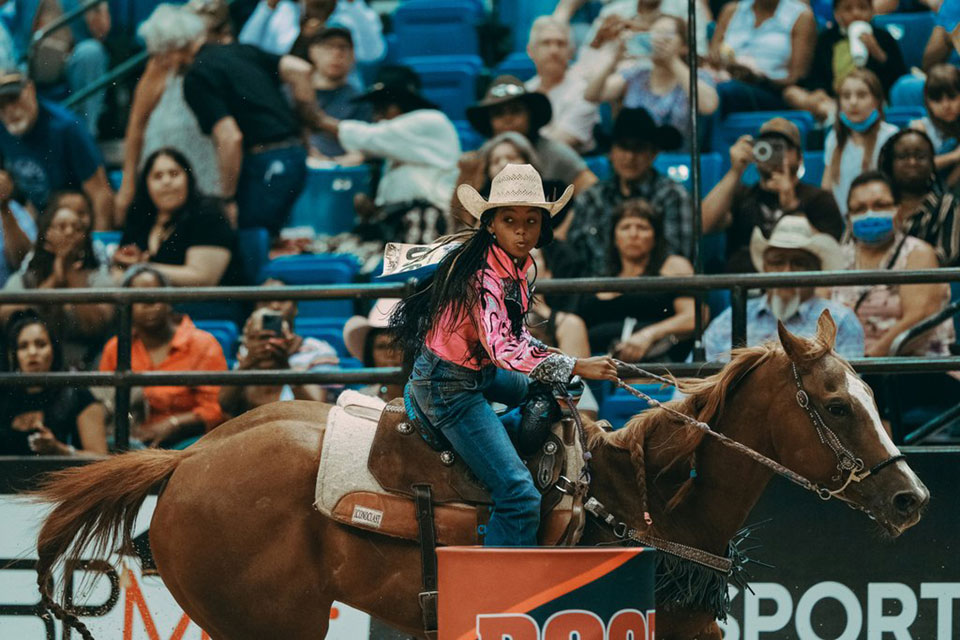 Kortnee Solomon is a fourth-generation Texas cowgirl. Her mother is 11-time invitational champion, Kanesha Jackson, and her father is Professional Rodeo Cowboys Association tie-down roper, Cory Solomon. Her grandmother is Stephanie Haynes, an 18-time invitational champion who also serves on the Bill Pickett Invitational Rodeo board, and her late grandfather was Sedgwick Haynes. He served as general manager of the Rodeo before his passing. 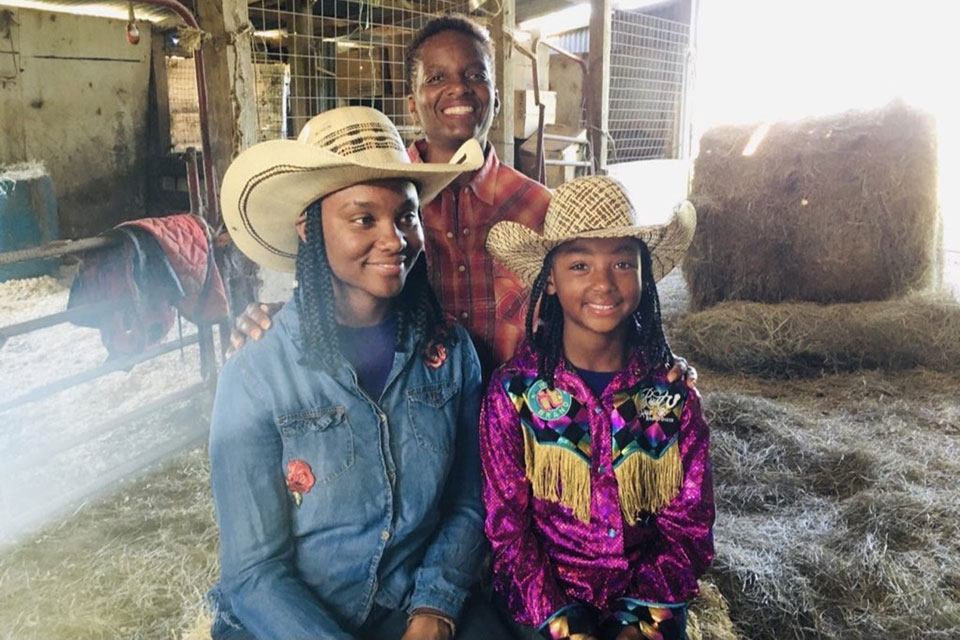 There is a lot that goes into the sport for the young cowgirl. It's not just about mastering her technique but also about dedication, perseverance, and a celebration of community, culture, and heritage. She and her mom take care of their horses on their property in Hempstead, Texas, feeding, grooming, training, and of course, riding them.

"We have a great relationship with the horses, it's almost like we talk to them, and they talk to us. It's very much like people and their dogs. All the horses have their own unique personality - some are laid-back, some are very outgoing," Jackson said.

Kortnee's horse, Tiny, has a mind of her own, preferring to be alone unless she competes with Kortnee riding. The rodeo season usually lasts about May through September, with at least one event a weekend. The family usually spends their time on the road, connecting with their rodeo family. Despite Kortnee's commitment to the sport, her mother said it's still important that her daughter has a normal childhood.

"I want Kortnee to live through her own purpose. She loves horses, but she also does dance, gymnastics, cheerleading, and basketball. I want her to experience everything, so she doesn't feel like she missed out during her childhood," Jackson said.

The young star is usually the only girl competing in the events, something she's used to. Kortnee said that she doesn't think about anything before a competition, choosing to focus solely on her performance.

"Before I run, I like to be by myself and to think about what I am going to do in that run," she said. 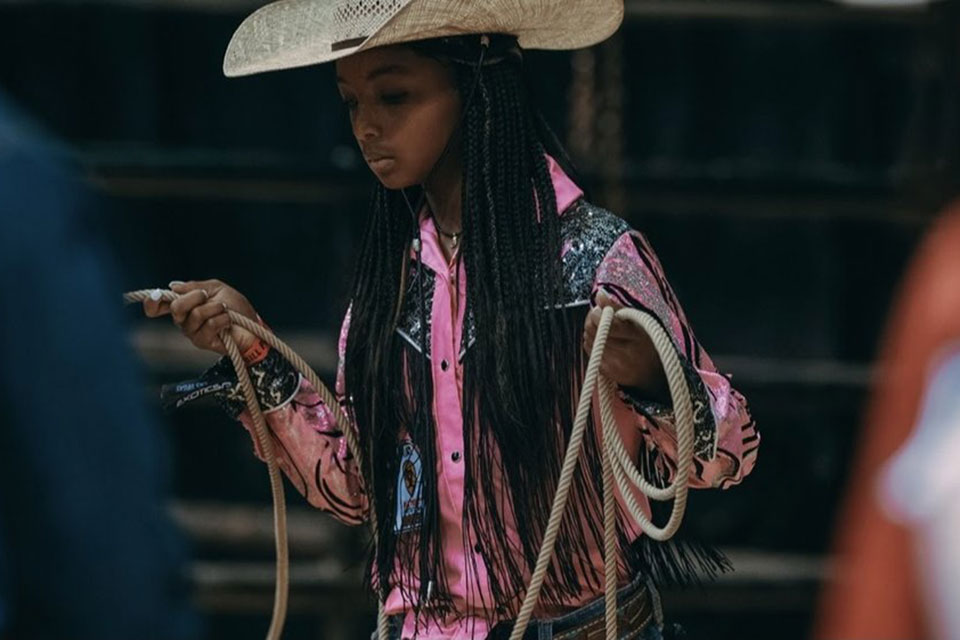 Photo Courtesy of The Undefeated

Invitational CEO Valeria Cunningham said getting the Rodeo on a nationally televised channel was amazing, CBS picking it up for broadcast in celebration of Juneteenth. Cunningham is the only Black female owner of a rodeo, picking up the reins after her husband, Lu Vason, founder of the invitational, passed away in 2015. Watching young riders like Kortnee carry the torch is the icing on the cake for Cunningham.

"Kortnee always pushes herself and is willing to try anything because she knows what her abilities are," she said.