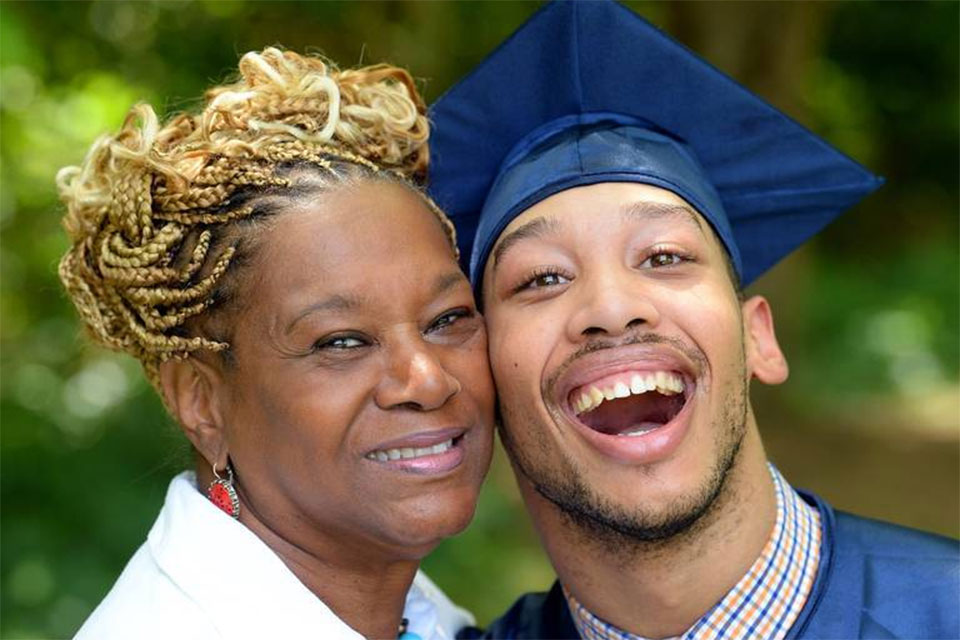 Chancellor was handed many trials before he came into this world. His mother, Cherica Adams was pregnant with him when she was shot four times by a gunman ordered hired by Chancellor’s father, former NFL player Rae Carruth. Adams fought through her injuries to call 911, name her killer and lived long enough to give birth to Chancellor before she passed away.

That was 22 years ago, Chancellor being born with cerebral palsy and permanent brain damage as a result of the traumatic incident. His grandmother, Saundra Adams, has cared for him ever since, documenting every milestone since for the “miracle child.” According to WCNC Charlotte, Chancellor was 10-years-old when he took his first 100 steps on his own. On his 16th birthday, he was finally able to walk by himself.

In school, Chancellor has persevered and last week, he accomplished another milestone, graduating from high school. Wearing his royal blue cap and gown, Chancellor strutted across the stage at the Bojangles Coliseum to claim his diploma, graduating from Julius B. Chambers High School. His grandmother said she couldn’t be more proud.

“I have seen Chancellor’s determination, how he persists through things, his resilience and overcoming so many of the odds,” Saundra said.

Carruth was arrested and convicted of conspiracy to commit murder in 2001, serving 17 years before being released in 2018. While in prison, he wrote a letter apologizing for Adams’ death and the damage it did to their son and her family.

We know his mother would be proud! Congratulations Chancellor!