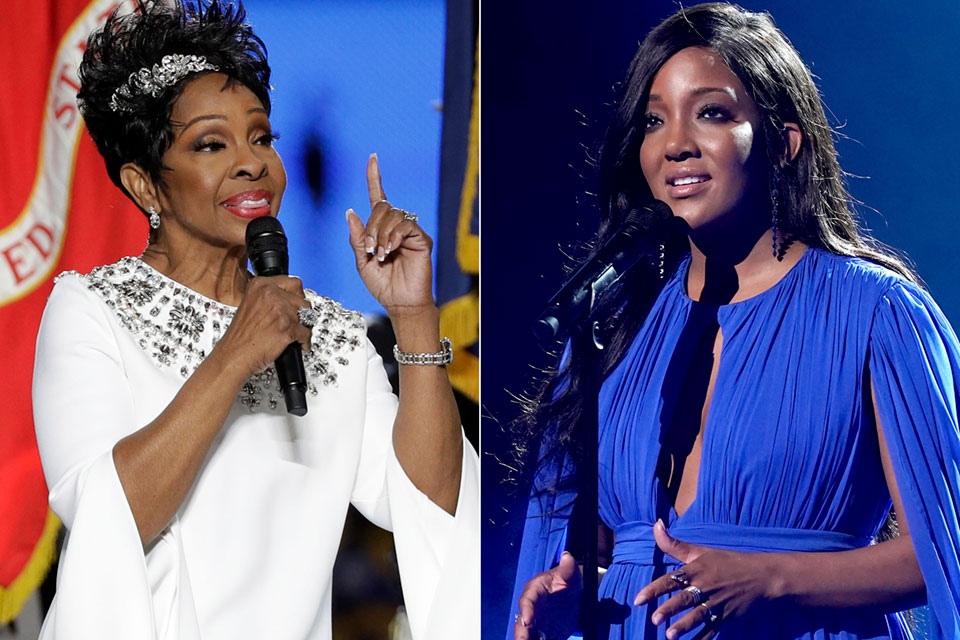 NEW YORK (AP) — Carrie Underwood has another reason to rejoice — she extended her record as the most decorated artist in the history of the CMT Music Awards, thanks to her song “Hallelujah.”

The music video for the singer's hit, a collaboration with John Legend, was named video of the year at Wednesday's show, which aired from Nashville, Tennessee.

Underwood, who now has 23 CMT Awards, thanked her die-hard fans while accepting the honor: “You're the reason we're all here doing what we do, doing what we love (and) making music videos."

She also shouted-out Legend, particularly for sending her the song, which appeared on her first holiday album “My Gift."

“Congratulations on what I think is your first CMT Award. Whoa!" she exclaimed.

Though Underwood owned part of the night — she also performed with rock band NEEDTOBREATHE — other female stars, some outside of country music, took over the awards show honoring the year's best country music videos. 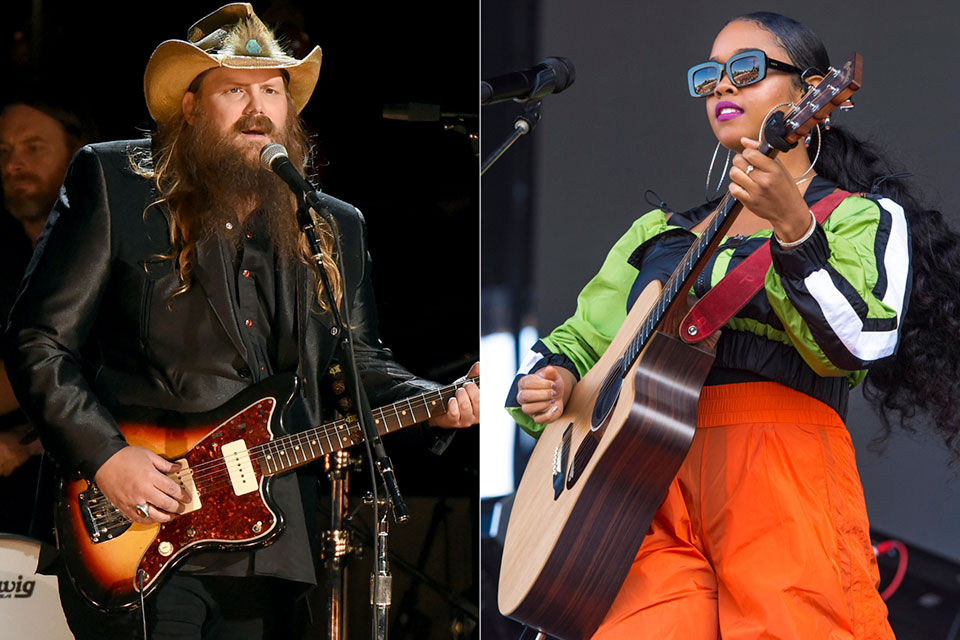 Grammy-winning R&B star H.E.R. and fellow guitar slayer Chris Stapleton had the night's best performance. They joined forces for a smoky, thrilling performance of “Hold On," coming off like a veteran duo.

The legendary Gladys Knight won over audience members — not wearing masks — during a performance of “Friendship Train" with Mickey Guyton. Part of the show felt dedicated to Black female voices thanks to the top notch performances by Knight, H.E.R. and Guyton, who was nominated for two awards and presented the CMT Equal Play Award to Linda Martell, one of the pioneering Black acts in country music and the first Black woman to perform solo at the Grand Ole Opry. 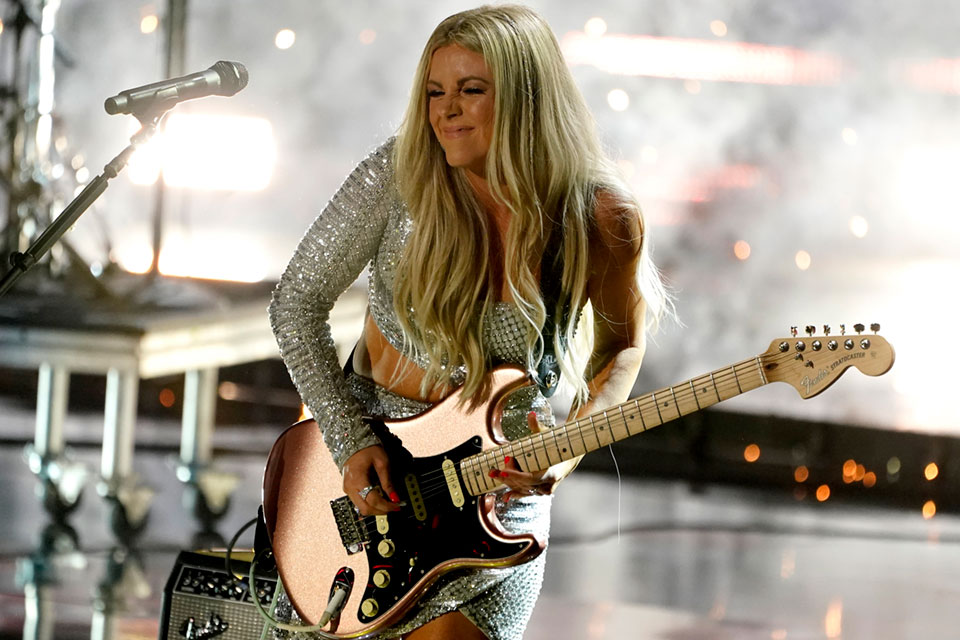 Lindsay Ell performs "Like A Lady" at the CMT Music Awards at the Bridgestone Arena on Wednesday, June 9, 2021, in Nashville, Tenn. (AP Photo/Mark Humphrey)

Martell had a country hit with the song “Color Me Country" 50 years ago, and she had other songs reach the charts, but she dealt with major hardships. She experienced racism while performing onstage and was shunned by the music industry as a mainstream country performer. Her record label shelved her album and she was prohibited from finding a new deal.

“Hearing Linda sing makes it very clear that she had all the talent to be a huge star but her career was cut short for one reason: the color of her skin,"

said Guyton, who made history this year as the first solo Black woman nominated for a country Grammy Award.

Martell, 86, didn't attend the awards show but CMT aired photos of the icon holding her award and said she was watching the show from her home in South Carolina. 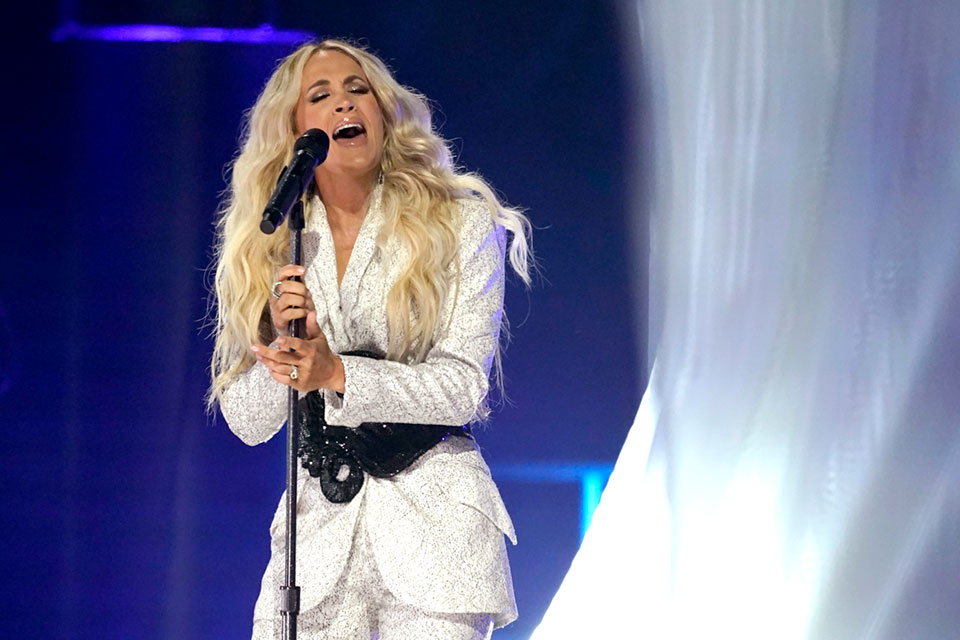 Carrie Underwood performs "I Wanna Remember" with NEEDTOBREATHE at the CMT Music Awards on Wednesday, May 5, 2021, in Nashville, Tenn. The awards show airs on June 9 with both live and prerecorded segments. (AP Photo/Mark Humphrey)

Guyton also hit the stage with BRELAND, the Black singer who has mixed country, trap and R&B music and had a country hit with the platinum success “My Truck."

And the night featured more collaborative performances like it.

Lady A kicked off the show with Carly Pearce and Lindsay Ell, Ingrid Andress sang with pop singer-songwriter JP Saxe, while Miranda Lambert performed with Jack Ingram and Jon Randall. 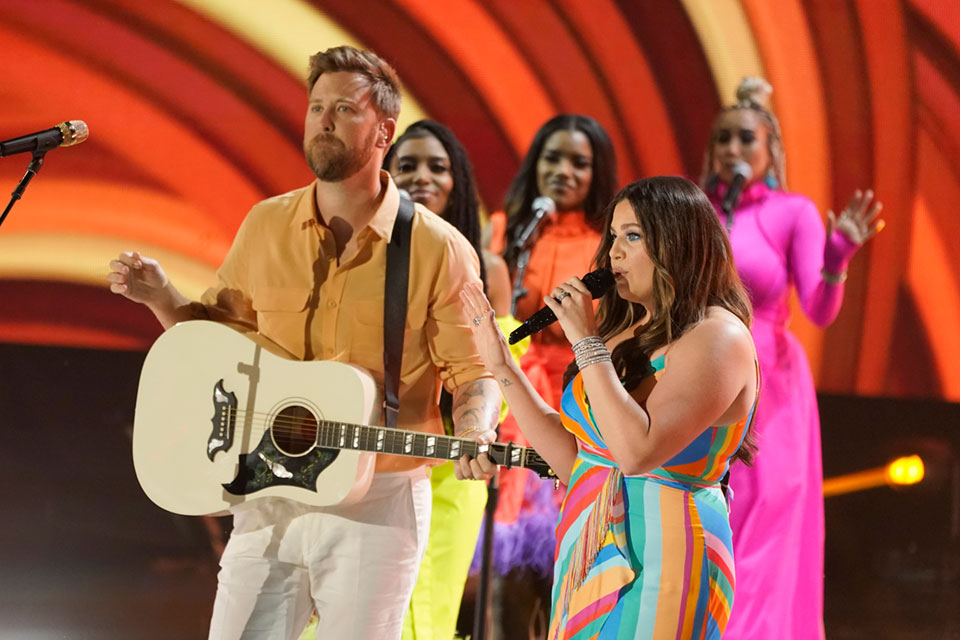 Charles Kelley, left, and Hillary Scott of Lady A perform "Like A Lady" at the CMT Music Awards at the Bridgestone Arena on Wednesday, June 9, 2021, in Nashville, Tenn. (AP Photo/Mark Humphrey)

Gabby Barrett, who was originally supposed to perform at the show but backed out, won female video of the year and the best family feature award went to Taylor Swift's “The Best Day (Taylor’s Version)," which was re-released this year and featured home movies starring the pop star, her brother and parents. 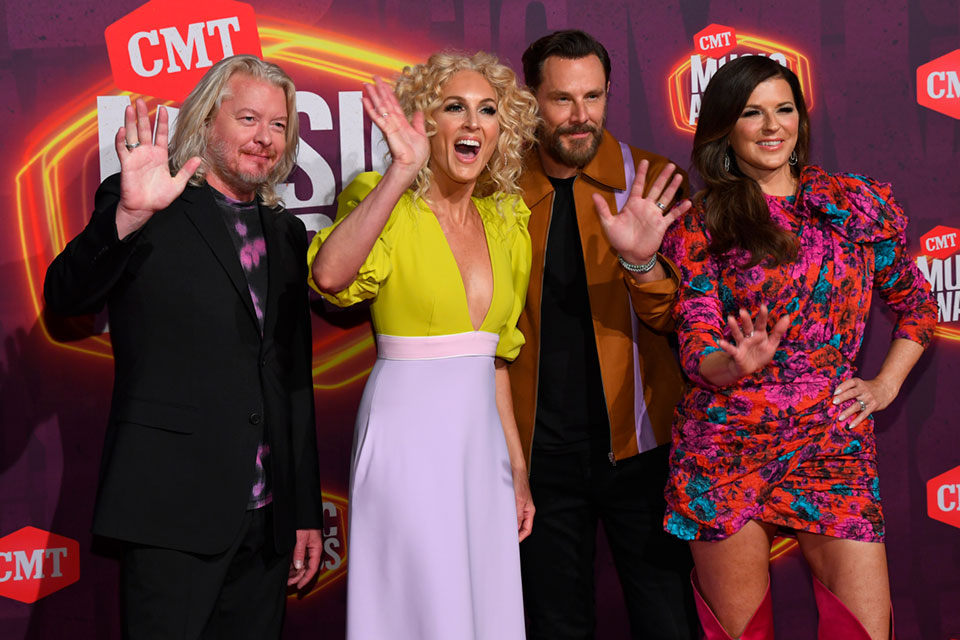 “This is awesome. First of all, we're back and making music people," Kimberly Schlapman yelled, referring to the pandemic.

“I know you like drinking songs," Karen Fairchild added.