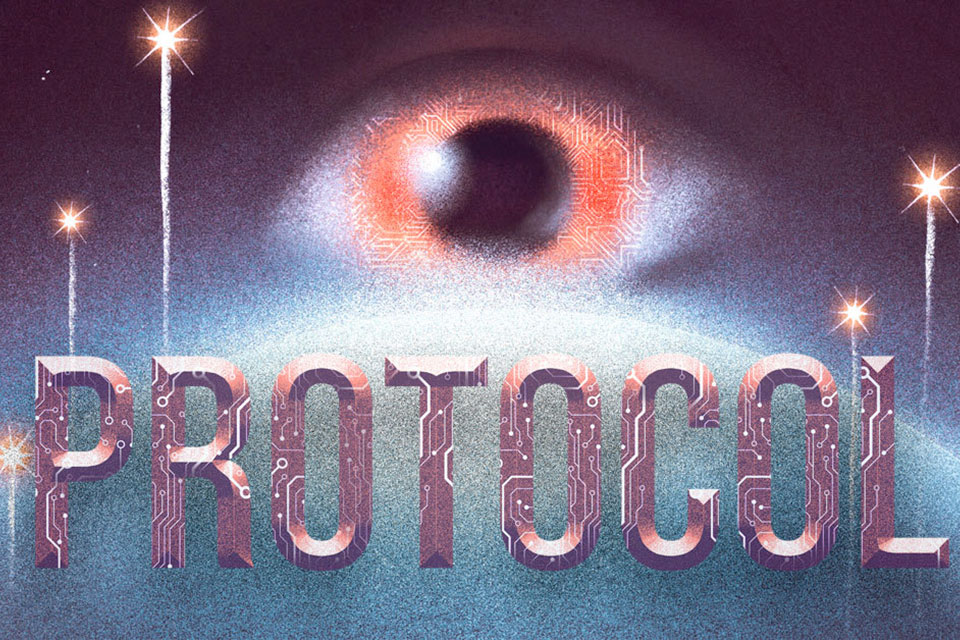 The latest release from the PCS Remix: Original Works series is a venture into the world of audio, with the Afro-futurist, sci-fi thriller 'Protocol: Episode 1'. Conceived and created by Portland-based, multi-disciplinary artist Phil Johnson, the project is a pilot episode for a podcast series Johnson plans to release at a later date.

'Protocol: Episode 1' will be launched on March 9 at 7:30 p.m., with a listening party and live Q&A with the artistic team. Following the release, the episode will be available for listening through April 4. Tickets are free and can be reserved at pcs.org/protocol.

“My goal was to expand the audio genre and create something unique, yet reminiscent of the way folks used to gather around the radio for their weekly audio dramas. This new genre I define as ‘audiotography,’ the amalgamation of cinematography and podcasting,” Johnson said.

“The pilot of 'Protocol' was conceived with a group of futurists and sci-fi genre-benders of color, who were poised with the task of writing a script outside the normal clichés of race and gender — to create a piece of art that not only looks forward through technology but through ideology as well,” he continued.

When an unexpected tragedy befalls the crew aboard space cruiser Elegua IV, they are thrust into a thrilling mystery that threatens their mission to preserve humanity. This science-fiction audio experience traverses multiple times, dimensions, and galaxies. Immerse yourself in the pilot episode of 'Protocol', a new podcast that explores how the systems we trust may not always be on our side.

Phil Johnson is a visual and theatrical artist and the host of the Radical Listening Podcast (Coho Productions). His work is known to PCS audiences through his visual art exhibit for the Community Voices Project, and his sound designs for Redwood, Miss Bennet: Christmas at Pemberley, and School Girls; Or, The African Mean Girls Play. Johnson is a self-proclaimed futurist and surrealist who focuses on the realities of the human condition, especially as it relates to his experience as an African American male. Phil is also highly concerned with the effect that technology plays on mental and emotional health and expresses that through his work, whether it is storytelling, painting, or sound design. Johnson has a B.F.A. and M.A. from Ohio University.

The PCS Remix: Original Works series gathers artists from a broad spectrum of creative expressions to make short, devised theatrical pieces. The goal is collaboration and experimentation, rather than finished works of art. These projects allow PCS to support brilliant artists and give them the opportunity to explore whatever direction inspires them — and to deepen connections with the community by sharing this exciting exploratory work. The PCS Remix: Original Works series is supported in part by the Kinsman Foundation, Oregon Cultural Trust, and AHA, Inc.