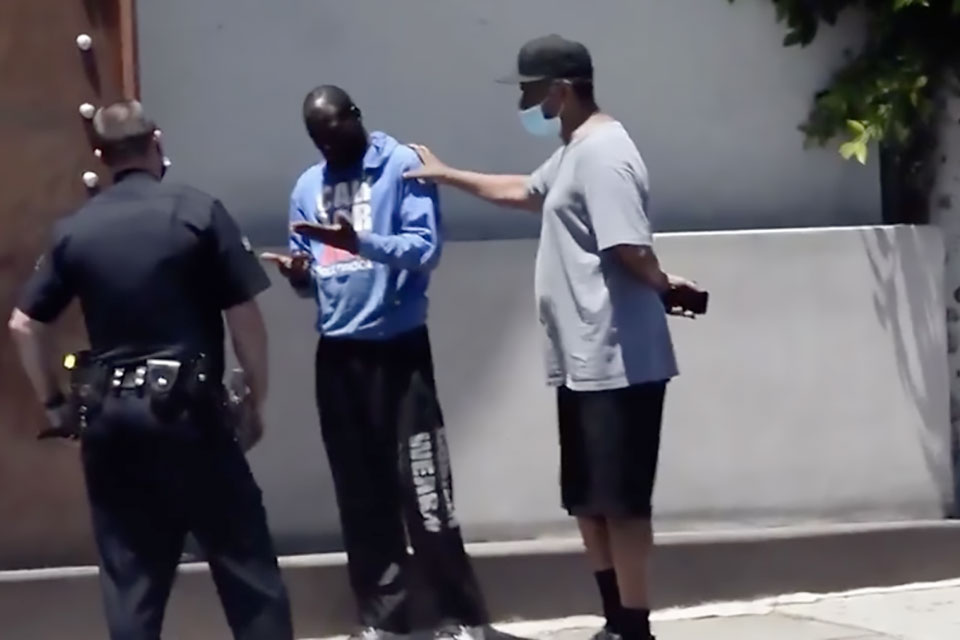 A little love is all we need. Last week, Denzel Washington took a detour to help out a man in downtown Hollywood who seemed to be in distress.

A video went viral showing Denzel coming to the aid of a man who needed a little help. According to TMZ, Washington was driving down the street when he saw a man standing in the middle of oncoming traffic. The Academy Award winning actor got out of his car and talked to the man, leading him to safety on the sidewalk.

The man was experiencing homelessness and was detained to ensure his safety but released shortly after, TMZ reports. Washington was wearing a protective mask, so it's possible that the man didn't know who he was. But after the video went viral, the internet made sure to give him his flowers, praising him for his heroic efforts.

This is not the first time the actor has been praised for quietly helping someone. Actors Chadwick Boseman (Black Panther) and Omari Hardwick (Power) have both shared public stories of Washington’s generosity. Apparently, he is an actor by day and a living, breathing superhero by night.