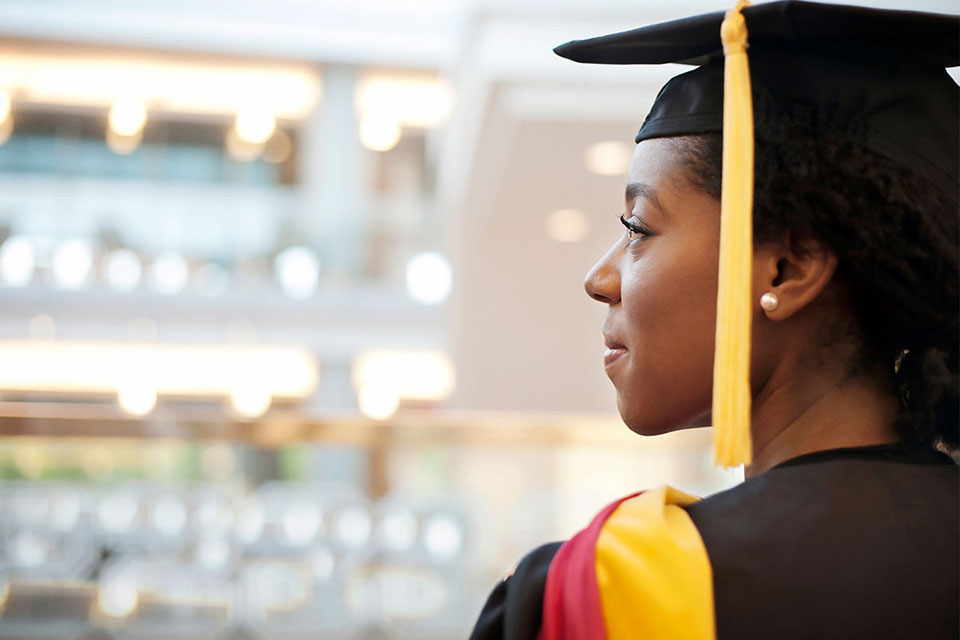 Like most academic institutions around the country, Historically Black Colleges and Universities have been forced to cancel or postpone graduation ceremonies due to the COVID-19 outbreak. To celebrate the achievements of more than 27,000 students, Black leaders and 78 schools are joining forces virtually during the "Show Me Your Walk HBCU Edition" commencement event presented by Chase on May 16 at 2:00 p.m. ET (11:00 a.m. Pacific Time).

The 2-hour event will be live-streamed on Chase's YouTube, Twitter, and LinkedIn channels, as well as HBCU Connect's Facebook page and Essence Studios. More information is available at chase.com/hbcustudent, including a list of participating schools.

During the event, HBCUs will showcase and highlight past and current graduates, including Class of 2020 students from Howard University, Delaware State, Paul Quinn College, Florida Memorial College and Texas Southern Law Center.

"Every student graduating in the Class of 2020 deserves to celebrate this moment—they earned it, even more so during a challenging year for our country and the world.

"We are showing up for them because we recognize they are our now and our future, and the way forward is full of opportunity," said Duckett.

The idea for hosting a virtual commencement ceremony for HBCU students was conceived by Dr. Michael Sorrell, President of Paul Quinn College (PQC) and member of the ABP Advisory Council. Additional organizers for the event include Howard University, The National Association for Equal Opportunity in Higher Education (NAFEO), Thurgood Marshall College Fund (TMCF), United Negro College Fund (UNCF) and the National Basketball Association (NBA.) Essence is supporting the event as a livestreaming partner.

"As a result of COVID-19, our students have been robbed of a moment that they and their families have earned," Sorrell said.

"I am so grateful that this coalition of partners stepped up to answer the call of the HBCU community and stand in the gap for our students and their families."

JPMorgan Chase is supporting "Show Me Your Walk HBCU Edition" through its Advancing Black Pathways (ABP) initiative, created to help Black communities close historical achievement gaps in three key areas: wealth creation, educational outcomes and career success. Support for HBCUs is a core focus for JPMorgan Chase because of the vital role they continue to play in helping African Americans forge pathways to long-term success. The first HBCUs were founded before the Civil War, and these institutions educated generations of African Americans during a period when other colleges and universities would not.

Today, HBCUs produce 70% of African American doctors and dentists1, 50% of Black lawyers and 80% of Black judges.2 HBCU graduates can also expect work-life earnings of $130 billion—an additional $927,000 per graduate, 56 percent more than they could expect to earn without their HBCU degrees or certificates, according to UNCF.

"Historically Black Colleges and Universities remain a critical resource in educating our young people and putting them on a path to lasting and rewarding careers," said Sekou Kaalund, the Head of ABP. "Here at JPMorgan Chase, we are firmly committed to supporting HBCUs and helping them continue a tradition of excellence that has helped generations of Black people achieve academic and professional success."