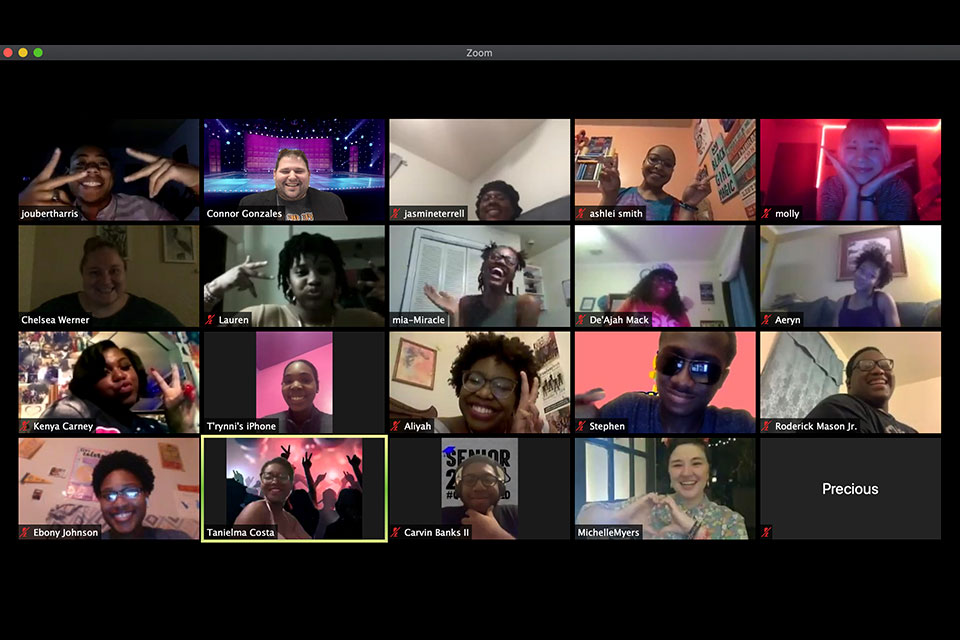 In party dresses or come as you are, with colored lights flashing in their bedrooms and teachers-turned-DJs spinning, high schoolers have turned to virtual proms to salvage at least one slice of fun and tradition for the Class of 2020.

And they’re getting help from familiar brands like Teen Vogue and Jack in the Box, with both serving as hosts to thousands of teens. 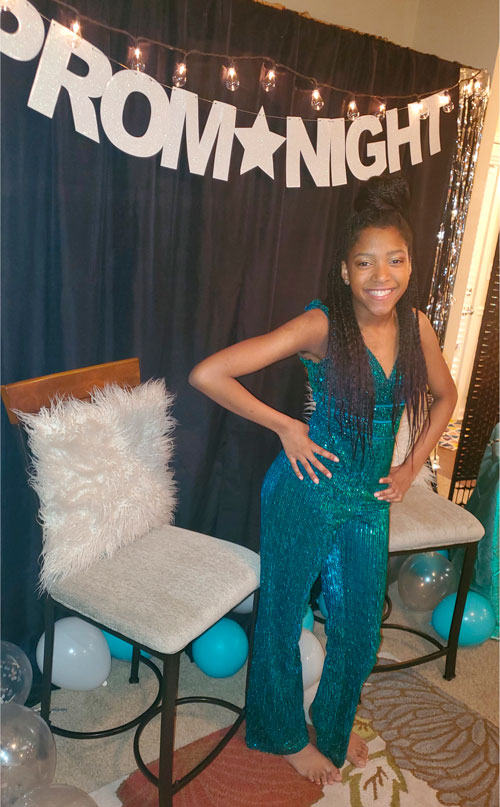 This photo shows Serenity Cadogan, 12, in Covington, Georgia, dressed for a virtual prom she hosted March 31 on National Prom Day for more than 600 young people around the world. With the Class of 2020 missing out on so many traditions due to the coronavirus pandemic, many have gone online to participate in virtual proms. (Tiffany Cadogan via AP)Celebrities, too, are taking on prom: The “Get Out” actress Allison Williams was a guest DJ for Zoom partygoers in Baton Rouge, Louisiana, and “Jack Ryan” star John Krasinski was joined by Billie Eilish when he threw a prom live on YouTube.

“It's terrible that it's happening to your class, but I hope you're having a good time anyway," Williams told about 100 teens, staff and guests April 16 at the prom hosted by the Baton Rouge Youth Coalition, an after-school program.

The theme was “Royaltee,” an acknowledgment that while some kids had already bought their dresses before lockdown, others never got the chance and were welcome in T-shirts.

On top, Williams sparkled in a strapless copper sequin dress, joking that she couldn't get up and dance because “there are sweatpants happening.”

Alauna Stults, 17, in Findlay, Ohio, will wear a blue bedazzled two-piece outfit when she attends an online prom May 9 thrown by the party apparel rental service Charlotte's Closet and an event planning site, My School Dance. Charlotte's Closet is donating dresses to teens in need, including Alauna.

"I was looking forward to prom,” she said. “I was pretty pumped up about it. I was planning on going with a group of my friends, but it's really cool we can still dress up and do everything we would do for a prom, like doing makeup."

High schools and cheer teams have thrown virtual proms of their own as social media has filled up with sweet moments among families. Dads have taken their dressed-up daughters for living room spins for a dance or two, and teens have organized home proms among parents and siblings.

“Prom is definitely one of those bigger life moments when you're growing up, even if you find it to be corny or not cool.

"It definitely still is something that's a moment you look back on and remember,” said Teen Vogue Editor-in-Chief Lindsay Peoples Wagner.

The site expects about 5,000 teens to attend its virtual prom May 16 on Zoom. Organizers are working with high schools around the country to set up separate rooms so kids can be with their friends as celebrity co-hosts pop in and DJs get busy.

“It will be really interactive, and that's going to be the fun part of it,” Peoples Wagner said.

As part of a social distancing campaign, #StayInTheBox, Jack in the Box is working with schools in San Francisco, Los Angeles, Phoenix and Houston to put on a prom in May, complete with free food and delivery codes.

Serenity Cadogan in Covington, Georgia, near Atlanta is only 12, but she hosted a high school prom live on Instagram on March 31, which was National Prom Day, for more than 600 teens around the world, from Texas to London.

“We wanted to brighten their day,” said the seventh-grader, who leads a chapter of Becca's Closet, a nonprofit that donates free prom dresses to high school girls. “Everybody was really happy. It was really classy. I didn't expect that many people but it actually ran pretty smoothly."

Ironically enough, at least one online school, the public K-12 Washington Virtual Academies, hosts an offline prom each year for the students it serves across the state of Washington. Not this year. Prom will be online, just like school.

“People have reached out to us saying, hey, how do we do a virtual prom?

"But that's not something we've previously done, so we're embarking on this adventure just like schools all over the U.S.," said Summer Shelton, the head of school.

Offline, the school hosts prom in Tacoma, its home base. Students travel from as far away as Spokane to attend, staying in hotels. The date for Shelton's virtual prom had not been finalized but will likely be in June. The school has about 500 juniors and seniors.

“This is one of the most looked-forward-to nights of the year,” Shelton said.

“Right now they're dealing with disappointment, understandably, but trying to move past disappointment and saying, OK, what do we do now to make this special?"

Donna Sheperis, an associate professor of counseling at Palo Alto University's Los Altos, California, campus, sees other ironies for a tech-savvy generation missing out on prom.

“They also crave human connection,” she said. “They crave a chance to dress up and dance with their friends. They crave some time that's just for them. And this year, they can't get it.”