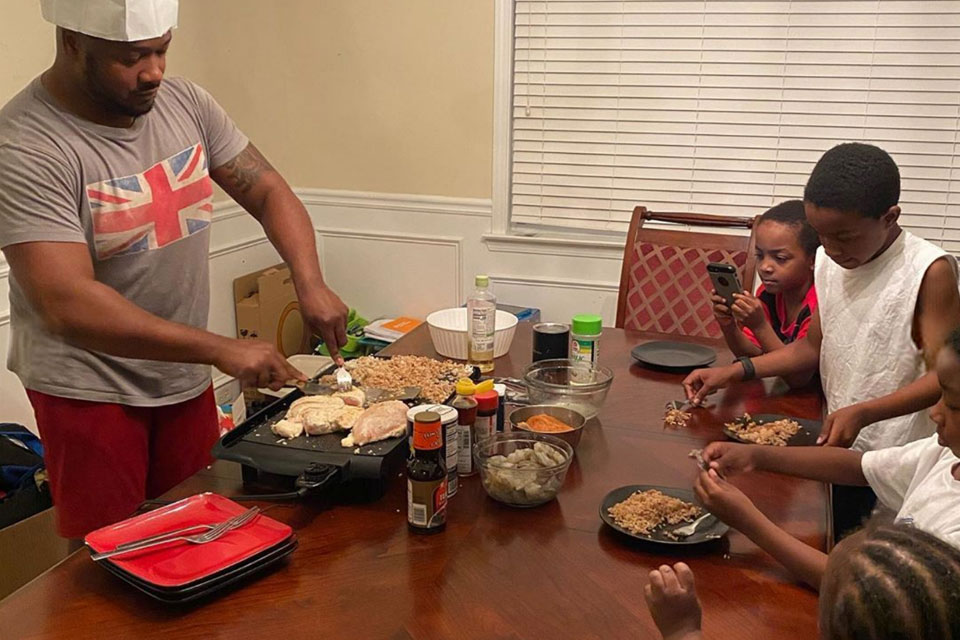 The saying where there’s a will there’s a way still holds true. When Atlanta’s quarantine mandate kept Jeremy Tuck from taking his family to a Hibachi restaurant to celebrate his youngest son’s birthday, he transformed his home into one.

“The idea came about [because] my sons love hibachi and we try to take them every time one of them has a birthday, but of course this time was different,” Tuck told Because of Them We Can.

The family of seven, which includes five sons, had the numbers to fill a table, all they needed were the materials and the chef.

“I got my wife to order a griddle from Target, Googled staple hibachi items and told them that we would have our own at the house,” he said.

Once the items arrived Tuck set his grill on a table, gathered his ingredients and began presenting to his anxious customers. In a video that was shared on social media, the father of five can be seen banging on the grill with his spatula and knife, just like the professionals. He even wore a paper bag on top of his head to perfect his chef look.

Tuck isn’t a chef, but as the pastor of Living Faith Tabernacle he’s used to cooking up sermons every single Sunday. To him, this was no different.

“My five sons are my life and I wanted to show them that nothing can stop you. ‘Hope is praying for rain, but faith is bringing an umbrella.’”