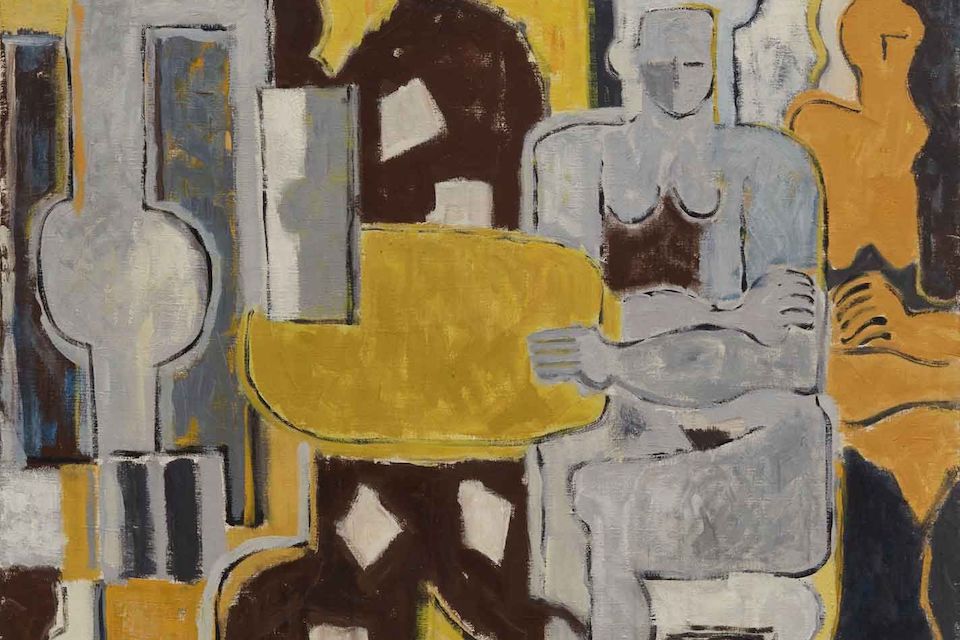 The first comprehensive retrospective of Robert Colescott, one of America’s most compelling and provocative artists is on display at the Portland Art Museum in Oregon from February 15 – May 17, 2020.

Bringing together 70 works spanning over 50 years of Colescott’s prolific career, Art and Race Matters: The Career of Robert Colescott explores the work of an artist who—through vibrant paintings laced with biting satire—confronted issues of race, gender, identity, and the uncomfortable realities of American life in the latter half of the 20th century.

Robert Colescott (1925–2009) established his career in Portland with the support of gallery owner and philanthropist Arlene Schnitzer, then made his mark on the art scene in the 1970s with paintings that deconstructed well-known masterpieces of art history (such as Pablo Picasso’s 1907 Les Demoiselles d’Avignon in the Museum of Modern Art, which Colescott painted in 1985) by black-facing some of the female figures.

Organized by the Contemporary Arts Center in Cincinnati and co-curated by noted Colescott scholar Lowery Stokes Sims and Matthew Weseley, Art and Race Matters will will travel to the Chicago Cultural Center and the Akron Art Museum after closing on May 17.

“As he transformed familiar images to forge new, unexplored social meanings and implications, Colescott became a pioneer in the reemergence of figuration in the 1970s and in the strategies of appropriation in the 1980s.”

Known for satirical figurative paintings that expose the ugly ironies of race in America, Colescott worked at the vanguard of the resurgence of figuration in art starting in the 1970s, which marked the emergence of post-modernist thought. He infused his works with narrative, humor, and cultural criticism long before it became common for artists to do so. Through his subversive appropriation of existing imagery from pop culture, mass media, and the art historical canon, Colescott reclaimed racist stereotypes and lampooned prevalent mythologies about blackness. 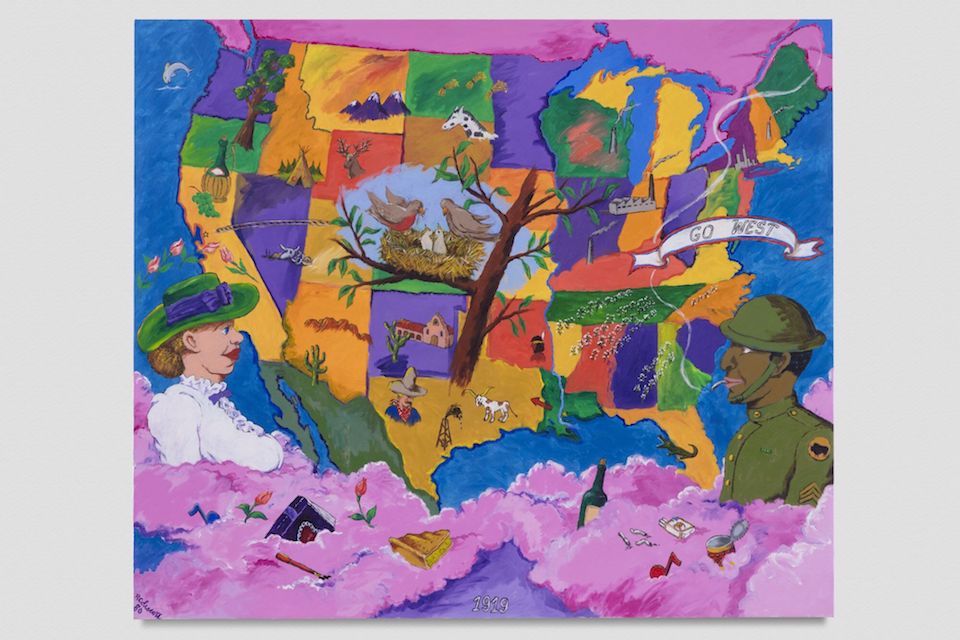 Art and Race Matters invites a renewed examination of the artist, whose work is still as challenging, provocative, and relevant now as it was when he burst onto the art scene over five decades ago. Presenting works from across Colescott’s career, the exhibition traces the progression of his stylistic development and the impact of place on his practice, revealing the diversity and range of his oeuvre: from his adaptations of Bay Area Figuration in the 1950s and 60s, to his signature graphic style of the 1970s, and the dense, painterly figuration of his later work.

Art and Race Matters also explores prevalent themes in Colescott’s work, including the complexities of identity, societal standards of beauty, the reality of the American Dream, and the role of the artist as arbiter and witness in contemporary life.

“Colescott’s work has never been more relevant than at this moment,” noted Sims. “Given the crisis of race relations, image management, and political manipulation in the current American—indeed the global—landscape. Colescott’s perspectives on race, life, social mores, historical heritage and cultural hybridity allow us a means—if we are up to the task—to forthrightly confront what the state of world culture will be in the next decade.”

Art and Race Matters is the first complete survey of Colescott’s work since his mid-career retrospective in 1987. It also builds upon the 10-year selection (1987-1996) that formed the artist’s representation of the United States at the 1997 Venice Biennale, and a presentation of work from the following decade of his career (1997-2007) that was organized by Meridian Gallery in San Francisco in 2007.

In Dialogue: Race and Gender in the work of Robert Colescott

Join multidisciplinary artist and dialogue facilitator Sharyll Burroughs for a thought-provoking discussion around race and gender in Colescott’s work. Sharyll Burroughs is a multidisciplinary artist and dialogue facilitator who utilizes art, Buddhism, and the practice of self-inquiry, to question and deconstruct identity beyond racial, cultural, or societal definitions, an unorthodox approach which cultivates dialogues embodying our common humanity. She attended the Santa Monica College of Design, Art, and Architecture, a school founded by MacArthur Genius Fellow, Joan Abrahamson. Her work has been featured in solo and group exhibitions in Los Angeles, California and in Portland, Oregon.

In Dialogue: Satire in the Work of Robert Colescott

In an evening of improvisational performance and discussion with Broke Gravy, this In Dialogue considers the function of satire both within Colescott’s work and within daily life. Broke Gravy uses improv comedy and storytelling to discover truth between the blurry lines of the daily grind.

In Dialogue: A Question of Color

Discussion around the film A Question of Color

Grace Kook-Anderson, the Arlene and Harold Schnitzer Curator of Northwest Art, will discuss Art and Race Matters at the Museum’s popular monthly Art & Conversation event. Join us the third Tuesday of every month for coffee followed by a lecture or film screening. Coffee at 9:15 a.m. and lecture at 10:15 a.m. This is a free program and everyone is welcome. Art & Conversation is made possible through the Marguerite and Harry Kendall Education Fund.

The exhibition is accompanied by a major publication—the most comprehensive to date—published by Rizzoli Electa, which features stylistic analyses of his work; summaries of critical responses; interviews, reminiscences, and perspectives from family members, associates, and students; along with a selection of writings by the artist himself. The publication was recognized by The New York Times as one of 2019’s best art books.