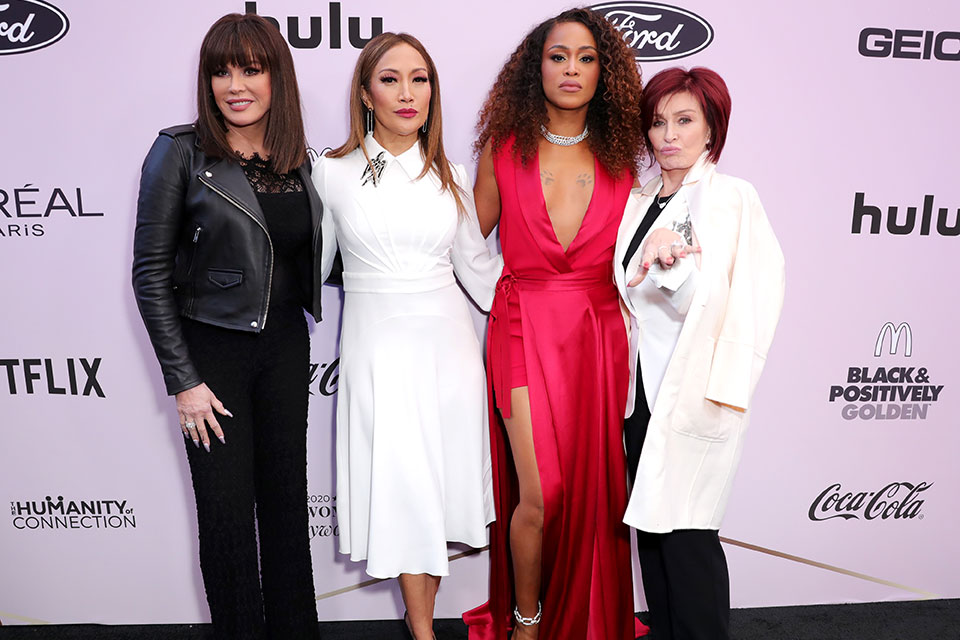 Woodard presented Lynch with the first ESSENCE Black Women in Hollywood Award of the afternoon. Lynch graciously thanked her mother for being a powerful force of inspiration in her life. Speaking directly to her mother, she closed her speech by saying, “If I can be half the woman you are, I know I have succeeded. [Maria Rambeau] was a love letter to you and the hundreds and thousands of mothers who go above and beyond to raise their kids.” Her speech was met with a standing ovation by the tearful audience.

Rae presented the next award to Matsoukas, who candidly spoke about reclaiming her joy in the midst of injustice. Melina acknowledged Daughters of the Dust director, Julie Dash, as the “Black mother of cinema.” Melina also thanked her mother, Beyoncé, Rae and Lena Waithe for their contributions, not only to her life, but also for her success. To each of them, she proclaimed, “It is my honor to thank you today.”

Porter stood proudly as he announced: “And the category is: Stand in Your Truth! None of us are free until we are all free.

“On this day, the conversation changes.”

He was overcome with emotion and thanked ESSENCE for making a space for the LGBTQ community to be remembered and recognized before presenting Mock and the cast of POSE with their award. Mock’s words of hope, gratitude and affirmation filled the room. She stated: “It’s an honor to be in a space that celebrates and centers our stories. ESSENCE remains a vital intervention, choosing to see us, how we see ourselves, in a culture that rarely ever does. Thank you for seeing us.”

“Being an actress is what I do, but my who is to be of service to the world,” said Nash as she accepted the Vanguard Award presented by Ford. She spoke openly about her recent divorce, dispelling the family myth she inherited of being “nothing without a man,” publicly reclaiming her happiness and providing steps for everyone to do the same.