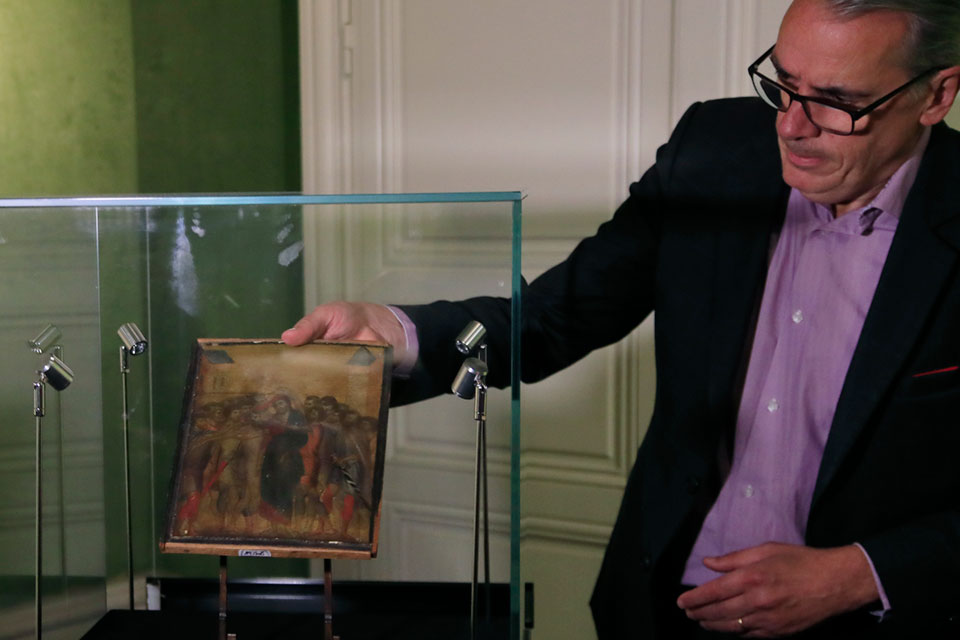 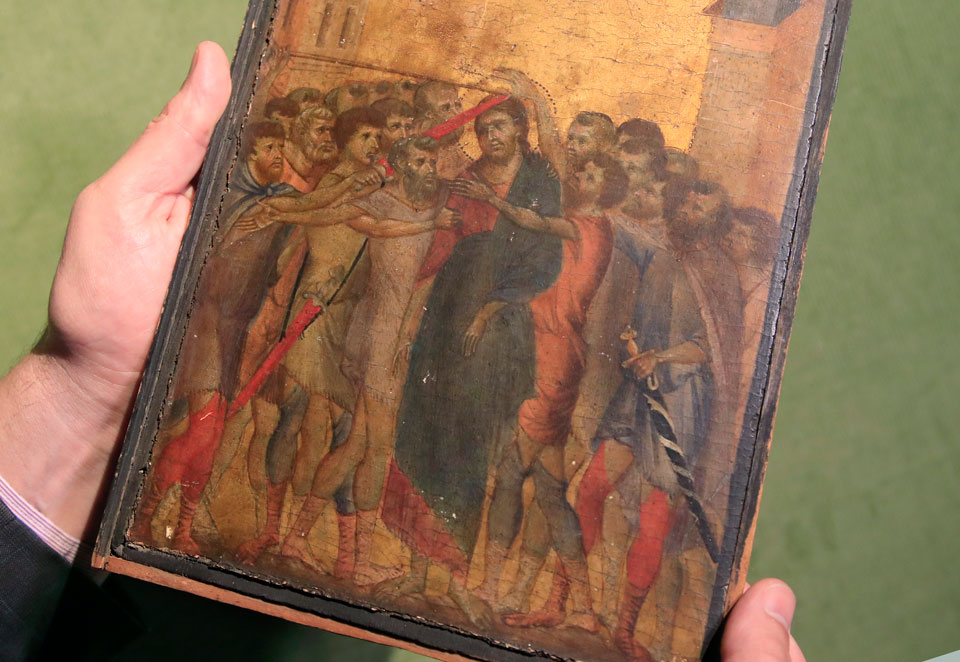 Titled "Christ Mocked," the small wood painting depicts Christ surrounded by a crowd. Experts think it to be part of a larger diptych Cimabue painted around 1280, said Stephane Pinta, an art specialist with the Turquin gallery in Paris.

"It's a major discovery for the history of art," Pinta said of the newly discovered work measuring about 10 inches by 8 inches (24 centimeters by 20 centimeters). Other experts agreed.

Until recently, the painting hung on a wall between the kitchen and the dining room of a home in Compiègne. The woman considered it an icon of little importance until an auctioneer spotted the painting while going through her house and suggested bringing it to art experts, Pinta said.

Cimabue, who taught Italian master Giotto, is widely considered the forefather of the Italian Renaissance. He broke from the Byzantine style popular in the Middle Ages and incorporated elements of movement and perspective that came to characterize Western painting.

They noted clear similarities with the two panels of Cimabue's diptych, one displayed at the Frick Collection in New York and the other at the National Gallery in London.

Likenesses in the facial expressions and buildings the artist painted and the techniques used to convey light and distance specifically pointed to the small piece having been created by Cimabue's hand.

Pinta said all those characteristics animate the newly discovered piece.

"What's moving in this painting is the motion that we see in Christ," Pinta said.

Alexis Ashot, an independent art consultant for British auction house Christie's, said the discovery in France sent ripples of excitement in other parts of the art world.

"It's wonderful to be reminded that there are paintings of such major importance that are still out there and still to be discovered," he said.

The painting will be the first Cimabue masterpiece to be auctioned when it is put up for sale at the Acteon auction house north of Paris on Oct. 27, according to Pinta. Turquin experts think a major art museum will buy it for a price of between 4 million and 6 million euros.

Ashot said he thinks the painting could fetch even more.

"I could easily see that if word gets out there that this painting is available for sale, then the price could be much higher than they are estimating," he said.