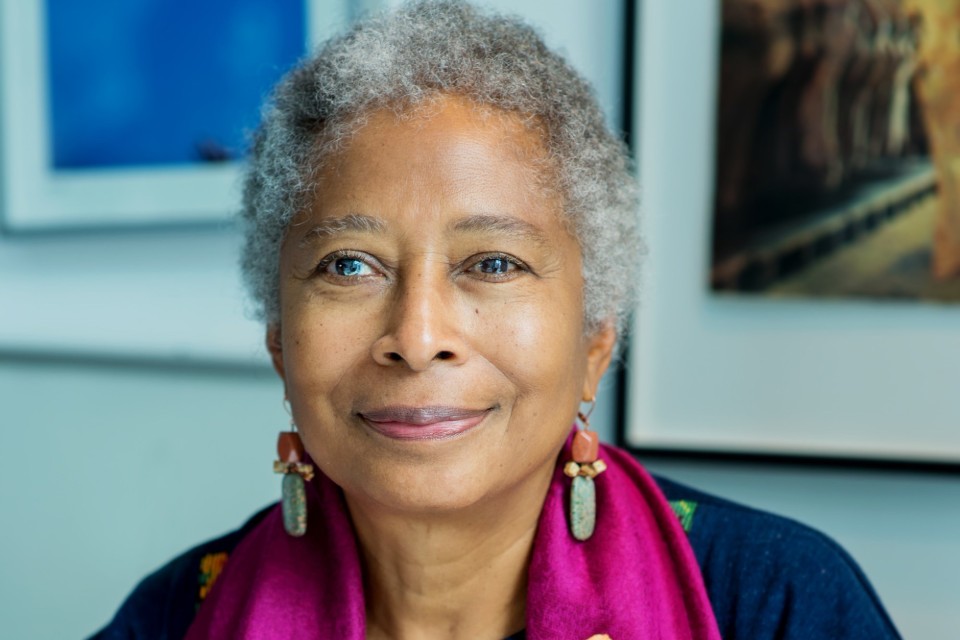 Alice Walker, one of the premiere writers of the 20th Century, was honored in July by her hometown of Eatonton, GA for her 75th Birthday (Alice Walker 75). Hundreds of people flocked from all over the country to Walker’s birthplace to celebrate the birthday of the Pulitzer Prize winning author.

The activist, who was born February 9, 1944 in Eatonton left in 1961 to attend Spelman College, eventually enrolling at Sarah Lawrence College due to controversy surrounding her political activism at Spelman.

Walker’s legacy of activism and storytelling was on full display at the event, which was held at the Georgia Writers Museum and included a day of activities and events to honor Walker’s life and achievements. The event was co-chaired by award-winning author Valerie Boyd, editor of Gathering Blossoms Under Fire: The Journals of Alice Walker, which will be released in 2020 and Lou Benjamin, founder of Eatonton’s Briar Patch Arts Council.

Walker, who lived just outside of town, acknowledged this was the first time she had been to Eatonton and was unaware the Plaza Arts Center existed, which is where many of the festivities were held.

The day kicked off with a screening and discussion of the American Masters Documentary, Alice Walker: Beauty in Truth followed by a discussion with the filmmaker Pratibha Parmar and scholar Salamisha Tillet at The Plaza Arts Center.

Celebrants were able to take bus tours of the area and see Walker’s birthplace while fellow authors and poets and friends paid tribute to the game changer, who was clearly touched by the praise, humbly thanking the audience throughout the day of events.

Perhaps the most poignant part of the program was when Walker’s daughter Rebecca, read several pieces including “Now That Book Is Finished,” a poem Walker wrote about Rebecca when she was a child. Rebecca’s son Tenzin, 14, performed an original song he composed entitled, “Sun and Steam,” which he played beautifully on the piano. Rebecca Walker’s words, expressions of love and gratitude to her mother and Tenzin’s performance were symbolic of the reconciliation between Walker and her daughter who had been estranged during a difficult period. Walker’s former husband Melvyn R. Levanthal was also in attendance.

The special birthday celebration ended with Walker taking the stage of The Plaza Arts Center for a candid conversation with Boyd, author of the award-winning biography Wrapped in Rainbows: The Life of Zora Neale Hurston. Walker and Boyd’s tête-à-tête ended with an invitation for all attendees to take the stage and dance with the celebrated author to two of her favorite songs, “Rock Steady,” by Aretha Franklin and “As” by Stevie Wonder, concluding a lovely day of celebration of one of the 20th Century’s greatest writers.

This article was written by Nsenga K Burton, Ph.D., founder & editor-in-chief of The Burton Wire. An expert in intersectionality and media industries, Dr. Burton is also a professor of film and television at Emory University and co-editor of the book, Black Women’s Mental Health: Balancing Strength and Vulnerability. Follow her on Twitter @Ntellectual or @TheBurtonWire.