Nefertite Nguvu: The “In the Morning” Interview 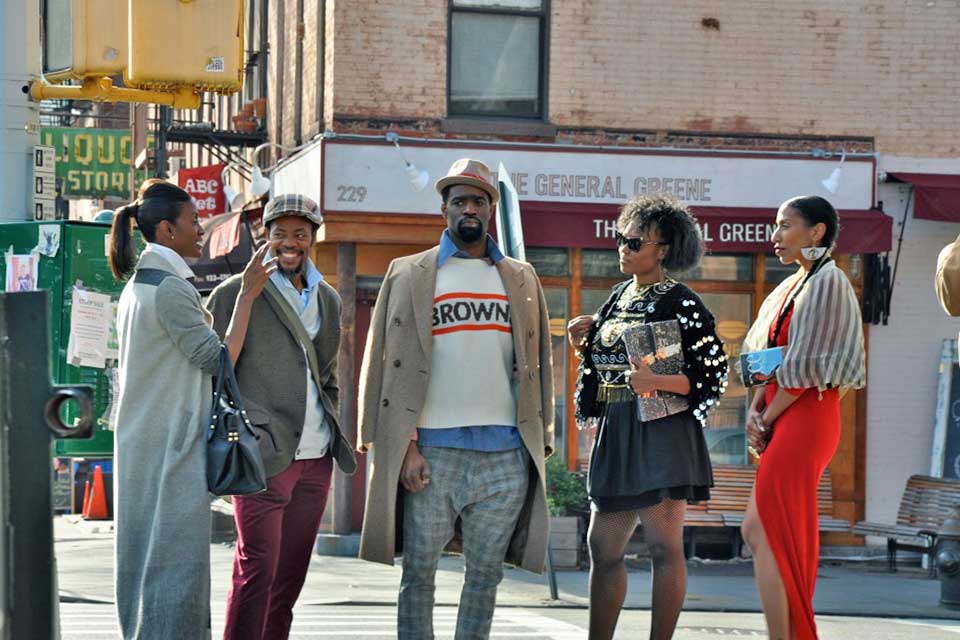 Nefertite is a graduate of New York’s School of Visual Arts, where she obtained a B.F.A in Film. Her thesis project at SVA won the award for outstanding screenplay. Nefertite has written, produced and directed two short films: a uniquely stylized black and white romance entitled “I Want You,” and “The End of Winter,” an emotional meditation on loss, both of which screened at numerous film festivals.

As a writer/director/producer, Nefertite made her feature film debut with “In The Morning,” a film about love and its inevitable change/decline charting the emotional anatomy of several relationships over the course of one day. “In The Morning” delves into the emotional landscape of contemporary black life in a way rarely seen in modern cinema.

Find out about future screenings of In the Morning around the country. 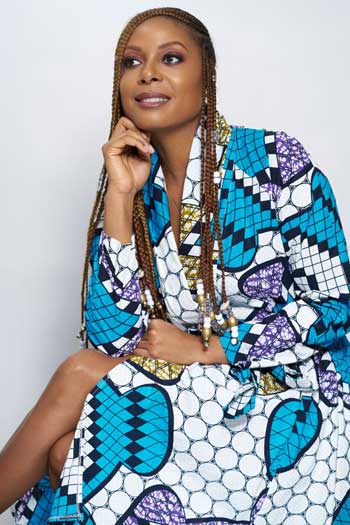 Nefertite Nguvu: It’s my pleasure, Kam. Thank you for taking the time.

KW: What inspired you to write In the Morning?

NN: I was very inspired by the women in my life. I wanted to make a film that reflected and honored the women I know. There are so many overlooked narratives when it comes to black women. In The Morning is my love letter to women: beautiful, smart, elegant, vulnerable, sensitive, complex black women who don’t often get to see themselves in movies.

KW: How would describe the film in 25 words or less?

NN: Our film is about something we’ve all wrestled with, this terrible and beautiful animal: love. It explores romantic love, but it’s ultimately about the power of self-love.

KW: How did you go about assembling your cast?

NN: Our cast came together pretty organically. We were working with a small budget, so there was no casting director. I reached out to members of my filmmaking community for recommendations: Emayatzy Corinealdi, JoNell Kennedy and Jacky Ido came to me that way. I also chose to work with some artists I’ve known for awhile whose work I loved, like De’Adre Aziza, Kim Hill, Numa Perrier and C.J. Lindsey. I feel very lucky to have this lovely and talented ensemble cast.

KW: I interviewed Emayatzy for Roots. She was nominated for an NAACP Image Award this year for her performance in the miniseries. Why did you pick her to play Cadence in your film?

NN: It’s great to see her continue to shine. I chose her for many reasons. Emayatzy brings a lot to our film. She is quite beautiful and brings a delicate balance of hubris and humanity that draws us into the complex emotional world of her character, Cadence. She’s wonderful!

KW: What message do you want people to take away from the film?

NN: In The Morning explores the lives of beautiful but imperfect people navigating their way through life and love challenges, without placing judgments on anyone. We are all human and therefore all flawed. Our message is really about deepening connection, intimacy and empathy. More than anything else, I want our audience to see true and deep reflections of themselves.

KW: You wrote, directed and produced In the Morning. What was it like having to juggle all those responsibilities?

NN: As a first time feature filmmaker, it was daunting. But I was incredibly determined to get this film made. So, I threw myself wholeheartedly into each of these responsibilities and worked very hard. It was not easy to manage it all. Luckily, I had a lot of support. I’m so proud of the film we made.

KW: How long did it take to make the movie?

NN: Though it’s been a five-year journey from script to screen and now to wider distribution, we shot the film in Brooklyn in just eight days.

KW: What's your next project?

NN: I’ve got two short narrative projects I’m working on now that I’m very excited about. One I’m in post-production on entitled, “Myself When I am Real,” and another I’ll be shooting this summer in collaboration with AT&T as part of their "Hello Lab" program.

NN: I’d love to adapt one of James Baldwin’s novels. That would be a dream project, for sure.

NN: Frank Ocean’s cover of "At Your Best." I’m kind of obsessed with it!

NN: My earliest childhood memory is probably walking while holding the hands of my father and my sister.

NN: Yes, my mother was a very spiritual person and she made that a very grounding component of my upbringing.

NN: I am very fortunate in that I felt loved unconditionally by my entire family.

NN: I don’t often have a lot of time to cook, usually a quick tofu and veggie stir-fry is my go to!

NN: To stay the course.

NN: I see a lot of the faces of the women in my family and my father’s eyes.

NN: Not that I can think of… other than, work-wise, I’d love for someone to ask if they could finance my dream project!

KW: Harriet Pakula-Teweles asks: With so many classic films being redone, is there a remake you'd like to direct?

NN: There are so many these days, which I think has been a great way to introduce some films to a new audience. It’s daunting to think about taking on a classic, but one I’ve always loved that I think would be interesting to redo is Elevator To The Gallows.

NN: The key quality that stands out to me for many is grit.

NN: Ha! The usual necessities, and a ton of receipts from a shoot this past weekend.

KW: Thanks again for the time, Nefertite, and best of luck with all your endeavors.

NN: Thanks so much, Kam.