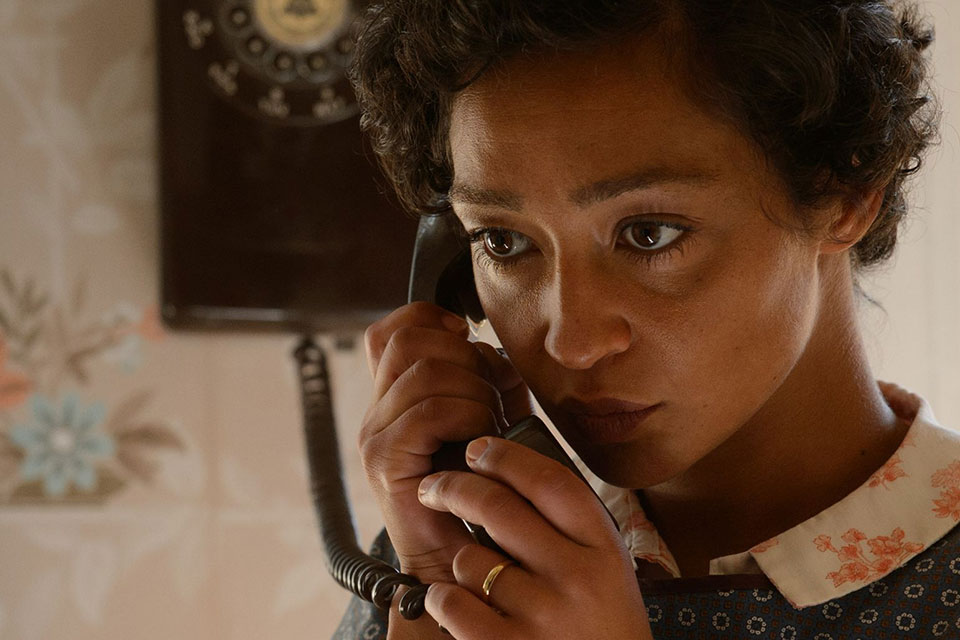 Ruth Negga was born in Addis Ababa on Jan. 7, 1982 to an Irish mother and Ethiopian father. An only child, Ruth was raised in Limerick, Ireland from the age of 4, and attended Trinity College in Dublin where she earned a Bachelor's degree in Acting.

Stateside, she joined the Marvel Universe as Raina on the hit show Agents of S.H.I.E.L.D., for which she received an IFTA Award nomination. Currently, she co-stars as Tulip O’Hare opposite Dominic Cooper in the AMC series Preacher, an adaptation of the DC Comics graphic novel of the same name.

Ruth made her stage debut in Lolita at Dublin’s Abbey Theatre. Her extensive theatre credits include Duck at London’s Royal Court Theatre, for which she received an Olivier Award nomination; Playboy of the Western World, at The Old Vic; Hamlet, at the National Theatre; Phaedre, also at the National Theatre, for which was honored with the Ian Charleson Award, given annually to young classical stage actors in Britain; Oedipus Loves You, at the Peter Pan Theatre; Lay Me Down Softly, The Crucible, The Bacchae, and Burial at Thebes, all at the Abbey Theatre; and, at the Project Theatre, Titus Andronicus, for which she received the Irish Times Award for Best Actress.

Ruth was named a Shooting Star at the 2006 Berlin International Film Festival. On the big screen, she's been featured in World War Z; The Samaritan, alongside Samuel L. Jackson; Breakfast on Pluto, for which she received an IFTA Award nomination; Of Mind and Music; Noble; Jimi: All Is by My Side, Warcraft; and in the title role of Iona.

Here, Ruth talks about her latest outing as Mildred Loving in Loving, the biopic/courtroom drama about the couple who took their challenge of the State of Virginia's law against interracial marriage all the way to the U.S. Supreme Court.

Kam Williams: Hi Ruth. thanks for the interview.

KW: I loved the film and both your and Joel Edgerton's performances.

RN: That's a good question. Let me try to give you a concise answer. I basically fell in love with Mildred and Richard [Loving, the main characters]. I thought they were an extraordinary couple whose love just seemed so apparent. To be honest with you, Jeff's [writer/director Jeff Nichols] script was such a beautiful reflection of these human beings that I really wanted to spend time with them.

KW: What convinced Jeff Nichols to trust such an American story in the hands of leads from Australia and from Ireland by way of Ethiopia? Had you ever heard of the Supreme Court case, Loving v. Virginia?

RN: Yes, but I don't think that being an expert in the Loving case is what would qualify me to play Mildred. Do you know what I mean?

RN: I think my job is to be a chameleon and to disappear, so I don't think my being Irish and Ethiopian should prohibit me from playing Mildred at all. I believe that what should matter more is my skill set and my willingness to work.

KW: This is very intimate film, with a quiet chemistry generated between you and Joel via looks and tender touches. Had you two worked together before? How long did you get to rehearse with each other?

RN: Well, Jeff doesn't rehearse. He casts quite instinctively. In this case, I think he knew he was casting two actors who would be willing to work very hard. I did audition for him, and I think he was impressed with the extent to which I'd prepared for that. The thing is, he wanted people who could embody this couple, not mimic them. He'd previously worked with Joel in Midnight Special, so he'd already witnessed Joel's ability to disappear into a character. And that was a very American part, too. I believe Jeff just trusted us both as actors to do our jobs individually. And we both professed such love for this couple that he was confident that we'd try as hard as possible to recreate their love and their chemistry. He also knew, intrinsically, that we were two actors who don't act in isolation but very much rely on other actors. And Joel and I both very much felt that this was something that we could do as an ensemble.

KW: When I saw the film, I thought that this was the first time I'd seen you. Then, when I looked at your resume, I realized I'd seen you in World War Z, in Of Mind and Music, in Jimi and in a few other productions. So, that shows how much you do disappear into a role. I was very impressed. I had no idea you weren't American.

RN: Wow! that's a lovely thing to say. Thank you!

KW: Editor/Legist Patricia Turnier asks: How did you prepare to play Mildred? What research did you need to conduct to capture the character accurately?

RN: Great question, Patricia! Luckily, Nancy Buirski had made the documentary, The Loving Story, for HBO. She first found out about Mildred Loving by reading her obituary. Being the excellent documentarian that she is, she then began digging and doing research, and she found archival footage which had been discarded that was originally intended for a contemporary documentary. And she created a documentary about this couple, weaving footage into it. So, I basically studied that and all the archival footage that we could find. The Loving Story was really a gift, because it let me sort of unlock Mildred, her physicality, the way she spoke, the timbre, tone and pitch of her voice, the way she moved, and the way she was with Richard, her kids, and the rest of her family. It really was invaluable, which is why I always quip that Nancy did my homework for me.

RN: I don't know what people will take away from the film, but I would hope they take away the idea that it's very important that we don't forget those in history who might have been quiet agitators, people who might have changed the world in a way which was unexpected. And that should remind us that we all have the capacity to do that. Even if you think that you don't, this couple proves otherwise.

KW: I agree. I found the film to be very powerful in an understated way. It'll be interesting to see how people respond to it.

RN: Gosh, that's a good question. Hmm... [Pauses to think] I don't know, but that's a brilliant question, I must admit. But I do love talking about this couple.

RN: Someone's already asked me that, Kam. I answered All about Eve, because I think it's just such a brilliant film. I doubt that it could be remade any better, but I just love the character Eve Harrington.

RN: Waiting with my mom at a bus stop in Addis Ababa during the rainy season. I remember being dressed in a pink coat and being fascinating by the raindrops hitting the pools of water. I do love rain, which you better, if you grow up in Ireland.

KW: Thanks again for the time, Ruth, and best of luck with Loving.

RN: Thank you ever so much, Kam. Bye!