Pop Icon Prince to Publish his Memoir 'The Beautiful Ones' 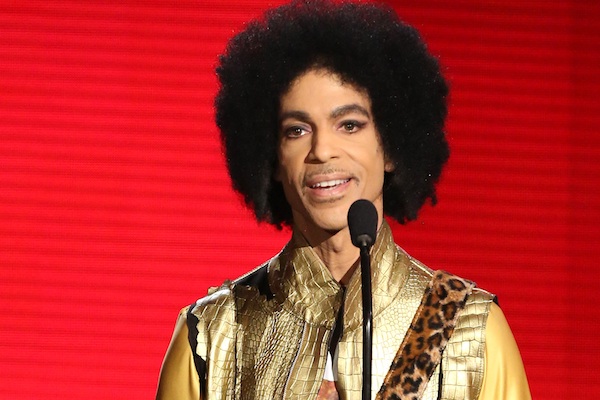 NEW YORK (AP) — Pop icon Prince is writing a memoir to be released next year.
Publisher Spiegel & Grau announced Friday it has acquired Prince's book, which will be released in the fall of 2017.

Prince said at an event in New York City on Friday night that the book's working title is "The Beautiful Ones" and that the publishers made him "an offer I can't refuse."

He added that the book will start with his first memory.

"This is my first (book). My brother Dan is helping me with it. He's a good critic and that's what I need. He's not a 'yes' man at all and he's really helping me get through this," Prince told the audience, which included Harry Belafonte, Trevor Noah, journalists and music industry players.

"We're starting from the beginning from my first memory and hopefully we can go all the way up to the Super Bowl," he said.

At one point Prince asked the crowd: "You all still read books right?"

Prince said he just got off a plane, and said he was going home to change, but that he would return.

"If you don't mind, I'm going to go home and change real quick and come back and party with y'all," he said.

According to a press release about the memoir, "Prince will take readers on an unconventional and poetic journey through his life and creative work."

It says the book will include stories about Prince's music and "the family that shaped him and the people, places, and ideas that fired his creative imagination."

The 57-year-old Minneapolis-born Prince is one of the most successful musical acts of all-time. He has released four albums in the last 18 months, including two on the Tidal streaming service last year.