A Talk with Walker: ‘The Color Purple’ Celebrates 30th Anniversary 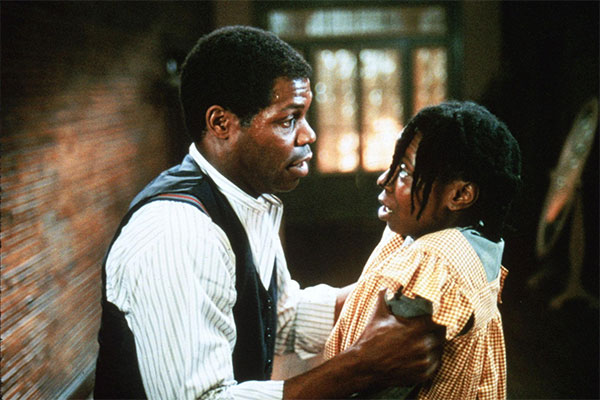 Alice Walker won the Pulitzer Prize and the American Book Award for her third novel, The Color Purple, which was made into an internationally popular film by Steven Spielberg. Her other best-selling novels, which have been translated into more than two dozen languages, include "By the Light of My Father’s Smile," "Possessing the Secret of Joy" and "The Temple of My Familiar."

Her most recent novel, "Now Is the Time to Open Your Heart," was published in 2004. Ms. Walker is also the author of several collections of short stories, essays and poems as well as children’s books. Her work has appeared in numerous national and international journals and magazines.

An activist and social visionary, Walker has been a participant in most of the major movements of planetary change, among them the Human and Civil Rights Movement in the South, the Hands Off Cuba Movement, the Women’s Movement, the Native American and Indigenous Rights Movement, the Free South Africa Movement, the Environmental and Animal Rights Movement and the Peace Movement. Her advocacy on behalf of the dispossessed has, in the words of her biographer, Evelyn C. White, “spanned the globe.”
Here, Alice talks about "The Color Purple," the book, the movie and the play which is back on Broadway, beginning with preview performances on Tuesday, November 10th at the Bernard B. Jacobs Theatre (242 West 45th Street). The show will officially open on Dec. 10.

Kam Williams: Hi Alice, thanks for the interview. Congratulations on the 30th anniversary of the film and the 10th of the Broadway musical.

I’d never seen a film, out of Hollywood especially, that had people of color in it that I respected absolutely

KW: I told my readers I'd be interviewing you, so I'll be mixing their questions in with mine. Larry Greenberg asks: How did you originally feel about The Color Purple being adapted to film? Are there other works of yours that you would like to see on the silver screen?

AW: I was skeptical. I’d never seen a film, out of Hollywood especially, that had people of color in it that I respected absolutely. Yes, but I’d want the screen to think of itself in another color than that of money. (Couldn’t resist that one!) Possessing the Secret of Joy would make an amazing film and help the healing of peoples of the world, many who suffer because of female genital mutilation without knowing they’re affected, since they themselves might not have been cut. And it would make an absorbing story of how human beings can search out the origins of their misfortunes and sufferings and begin healing themselves, whether movies are made about them or not.

KW: Robin Beckham would like to know whether you have plans to continue the story of Celie in a Color Purple 2?

KW: Reverend Florine Thompson says: You are one of my all-time favorites. First of all, thank you for your leadership and for modeling strength and hope for women of the diaspora and African American women in particular. You are indeed one of my sheroes. I have a few questions: First, what was the key motivation for The Color Purple?

AW: Love of my grandparents, whose lives are honored in the novel. I lived with then when I was an eight-year-old. It also intrigued me that my grandfather was married to my step-grandmother but loved someone else. I was struck, writing the novel, to realize that many things change, but rarely the heart.

KW: Secondly, what would you say is the primary difference between womanism and feminism?

AW: There is a full definition of “womanist” in In Search of Our Mothers’ Gardens. It is a word that imaginatively re-fashioned from African American culture where to be “womanish,” as a child, was to be somewhat willful, in the sense of being fully awake, aware and commited to speaking your truth. Womanist women are committed to our collective survival. Loving our sons and daughters, our communities, and working with others to increase prosperity and health, but from a position of dignity and equality. A true womanist honors the feminine, especially mothers and the earth, and could never truly accept being mislabeled a “guy.”

KW: And lastly, what do you most want women in the diaspora to take away from your collection of essays, In Search of Our Mothers' Gardens?

AW: Whaveter helps them grow closer to who they really are. Gathering up all their ancestral sorrows and joys and walking onward in appreciation and light. Having some sense of our freedoms being deeply longed for by countless generations of Black women who possessed none of them.

KW: David Roth asks: As a longstanding activist against injustice, would you mind commenting on what I am just now coming to appreciate as an entrenched, structural, institutionalized and seemingly pertinacious racism in America--a bias built into our financial institutions [unequal access to capital], our political system [as reflected in the voting rights struggle], our criminal injustice system, our public school system, etcetera. How do we truly change the heart of our society?

AW: American society is incredibly twisted and unwell. At this point, I would suggest withdrawing from it as much as possible. This will take many meetings of like-minded folks to figure out how this is done. I’m not suggesting seceding from the union physically, as was attempted in the ‘60s, when the Republic of New Africa tried to take over five southern states, but psychically. We must find a way to raise our children in a better environment than American mainstream culture offers. It’s possible America has no heart to change. You might read the inexpressibly important book by Edward E. Baptist, The Half Has Never Been Told, about slavery as the foundation of modern capitalism, to understand the evil upon which our so-called “civilization” rests, and how little this has changed. It seems likely that a diet of greed over countless generations has made many Americans heavy with soullessness. And they’re happy to be that way. Take a look at certain Presidential hopefuls.

KW: Environmental activist Grace Sinden says: Given your highly interesting, celebrated, complex life and thinking, I am interested in knowing what matters most to you at this point in your journey?

AW: Being free enough to pick up kindling for a fire I build myself.

KW: Harriet Pakula-Teweles asks: Were Howard Zinn still alive, where in the world do you think the two of you would choose to make a dramatic statement on behalf of human rights?

AW: Palestin/Israel, hands down. The heartless repression happening there, the slaughter of innocents, cries out for a world response. The unreprimanded, or even acknowledged, horror inflicted on the world’s soul, because we collectively seem unable to do enough about it, is actually destroying us as humans. If we are not careful, we will begin to numb ourselves until our own time comes.

KW: Editor/Legist Patricia Turnier says: I think the PBS series Finding Your Roots was fascinating and very educational. If the program revives, would you be interested in exploring your genealogy? Have you considered doing the DNA research to find out more about your ancestry?

AW: I have sent my materials to Henry Louis Gates, who requested I try this. I have mixed feelings, of course. There’s something invasive about this procedure, I feel, and I’m concerned for the privacy of ancestors. I tell myself, though, that certain of my ancestors will not allow themselves to be found, so at best my genealogy will be a partial one. I also feel I know my own ancestors without the help of a DNA test. I’ve felt this way for a long time. Perhaps always.

AW: That humans could be more like the other animals of the planet, secure in knowing they are perfect as they are, just as they were made.

AW: As someone who loved you.