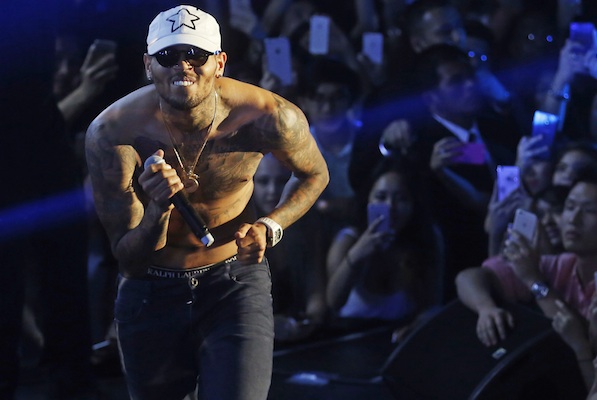 SYDNEY (AP) — Chris Brown's plans to tour Down Under were in jeopardy on Sunday after the Australian government formally warned the troubled R&B singer that he is likely to be denied a visa because of his criminal conviction for assaulting pop star Rihanna.

The immigration department issued Brown a "notice of intention to consider refusal," giving him 28 days to present evidence as to why he should be allowed to enter the country, Immigration Minister Peter Dutton said in a statement.

"People need to understand if you are going to commit domestic violence and then you want to travel around the world, there are going to be countries that say to you: 'You cannot come in because you are not of the character we expect in Australia,'" Cash, who is now minister for women, told reporters last week.

Australia isn't the first country to consider rejecting Brown. Britain, Canada and New Zealand have also refused to give him visas.

Brown was expected to arrive in Australia in December for a tour of Sydney, Melbourne, Brisbane and Perth. Activists have been campaigning to ban the singer from the country because of his brutal attack on his then-girlfriend, Rihanna, hours before the 2009 Grammy Awards. He pleaded guilty to felony assault and was freed from probation this year.

A publicist for Brown did not immediately respond to a request for comment.

The immigration department will decide whether to grant Brown a visa after the 28-day timeframe has expired.