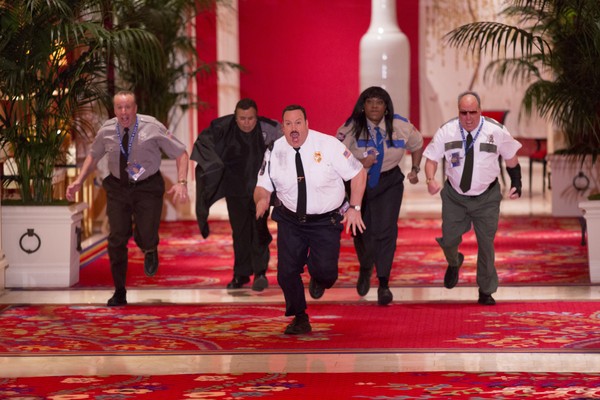 Throughout her career, comedian and actress Loni Love has brought audiences into hysterics with her witty satire and hilarious stand-up. Through her tireless pursuit of excellence, Loni has now found herself at the top ranks of the comedy hierarchy.

When not busy circumnavigating the globe on the stand-up circuit, she co-hosts "The Real", the popular, daytime talk show on Fox-TV. She’s also an author, having released her first book last year, “Love Him or Leave Him, but Don’t Pick Up the Tab,” a part-memoir, part-relationship advice opus.

Growing up as a latchkey daughter of a devoted, role model mom in Detroit’s Brewster-Douglass Housing Projects, Loni always had an unparalleled work ethic. Working on the General Motors assembly line in High School, she found a passion for electrical engineering which landed her a scholarship to Prairie View A&M University in Texas.

It was there that she first took to the stage and fell in love with stand-up comedy, routinely getting gigs throughout college. Upon graduation, she landed an engineering job in California and headed west to pursue her dream.

After feeling out the Los Angeles comedy club scene and becoming a regular at the legendary Laugh Factory, Loni reached full steam in 2003 when the electrical engineer by day / stand-up comedian by night was chosen for the comics showcase at HBO’s U.S. Comedy Arts Festival in Aspen. Soon thereafter, she won the Jury Prize for Best Stand-Up and was a finalist on CBS TV’s revival of Star Search.

Her comedic flair and entertaining presence landed Loni a role in Soul Plane alongside Tom Arnold, D.L. Hughley, and Snoop Dog. On the small screen, she’s starred in her own half-hour special for Comedy Central, and has also been seen on the channel’s Premium Blend, Weekends at the DL, and Chocolate News.

Kam Williams: Hi Loni, thanks for the interview.

LL: I loved the script. I love the process of it’s being a family-friendly movie that also has action. And I also like the fact that the character I’m playing is the only mall cop that can actually fight. I thought the picture was really cute and I’m just really glad to be a part of it.

KW: I loved your appearance on Joan Rivers’ show, In Bed with Joan Rivers?

KW: The two of you were hilarious playing off each other. But there was one moment that gave me goose bumps. That was when she said, “If you ever need a Jewish doctor, mention my name. I could drop dead in any of the original 13 colonies, and there’d be a doctor to revive me.”

LL: [LOL] We joked so much that day, and a lot of people have asked me about it. Her passing is such a tragedy, but we do have our memories of her. The thing people don’t know is that after that interview, she took so much time with me. She spent the whole day with me. I was really amazed by her, and I felt very honored. But it was just a very creepy, weird coincidence that she joked about that.

KW: Why did you go from engineering to comedy?

LL: Because I was the worst engineer in the United States of America. [Laughs] No, I started doing stand-up in college, but I promised my mother that I would finish my engineering degree first. When I got a job in L.A., I started doing engineering, during the day, and stand-up, at night. Then, I got laid off in 2002, and never looked back.

KW: You still stayed busy. Besides acting and stand-up, you found time to write your relationship advice book, “Love Him or Leave Him, but Don’t Get Stuck with the Tab” and to host Café Mocha Radio. Where do you find all the time?

LL: One thing Joan taught me was to never turn any gigs down. In this day and age, you have to multi-task to have a career and to get the exposure that you want. Through doing Café Mocha Radio, I was actually able to interview President Obama and the First Lady. Things I would never have dreamed of have happened to me because if I can schedule it, I’ll do it. I was raised in the Brewster Projects in Detroit, and my mom taught me to work hard. So, when I was offered an opportunity to publish a book, I hunkered down and wrote it. I’ve been a touring comic for over a decade, and to get a chance to be on a talk show every day is a comic’s dream come true. So, all the things I’ve done in the past was training for what you see today, which is really to just be an entertainer.

LL: I wish people would ask me: What is your favorite body part.

KW: Okay, what is your favorite body part?

LL: My knees! I have exotic knees.

LL: Shoot! Anybody who knows me, knows that I love bacon.

KW: What is your favorite dish to cook, bacon and eggs?

LL: Just a few minutes ago, when we were talking about Joan.

LL: I was raised by a single-mother who made sure I had the guidance of prayer. If you grew up in the projects during the crack era, you had to have some type of faith. And my mom always taught me to pray before I went to school. I think that was very important because there were a lot of things that could’ve happened to me that didn’t because of my mom’s encouraging me to have faith.

LL: Oh my goodness! My earliest was my first day of pre-school which I remember because I got excited seeing that there were tricycles there. That made me want to go to school every day.

LL: I see a very hard-working entertainer, and I’m very happy about how my process is going.

LL: To go on a date with Idris Elba. [Chuckles]

KW: The “Realtor to the Stars” Jimmy Bayan’s question: What’s your dream locale in Los Angeles to live?

KW: What about anywhere in the world?

LL: My high school boyfriend taught me to take care of myself first, and I’ve always carried that throughout my relationships.

KW: Are you ever afraid before going onstage for a stand-up performance?

LL: A solid work ethic and being on time.

LL: Start with a solid five-minute routine, and go to open mic nights until you build yourself up.

KW: Thanks again for the time, Loni, and best of luck with the film and your many other projects.

LL: [Still laughing] Thank you so much, Kam.

To see Loni’s appearance on In Bed with Joan Rivers, visit:  https://www.youtube.com/watch?v=T4TLMrzGhrU