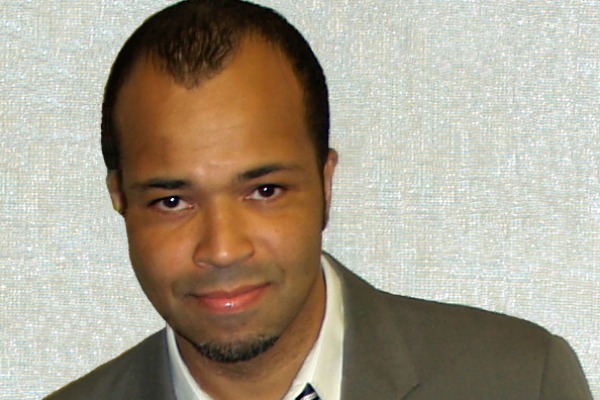 Critically-acclaimed Jeffrey Wright continually pushes the boundaries of his craft with inspiring and celebrated performances in an illustrious career that has spanned the worlds of theatre, film and television. On the big screen, Wright was most recently seen in Jim Jarmusch's Only Lovers Left Alive which was released last April.

On television, he currently appears on HBO's Boardwalk Empire, playing Dr. Valentin Narcisse, Doctor of Divinity, philanthropist, student of culture and the man who runs Harlem. Onstage, this versatile thespian played the lead in John Guare's A Free Man of Color, which was directed by the legendary George C. Wolfe at Lincoln Center. And he garnered a Tony Award in 1994 for his work in Tony Kushner's Pulitzer Prize-winning epic Angels in America, also directed by Wolfe.

On film, Jeffrey has portrayed a stunning array of icons and iconoclasts. His brilliant portrayal of the renowned and controversial graffiti artist Jean Michel Basquiat in the 1996 film Basquiat received widespread praise from critics and earned him an Independent Spirit Award nomination. At the other end of the spectrum, he has taken on roles in the James Bond films, Casino Royale and Quantum of Solace, and starred as Muddy Waters in Cadillac Records and as Colin Powell in Oliver Stone's W.

His other credits include Jonathan Demme's remake of The Manchurian Candidate, Jim Jarmusch's Broken Flowers, Ang Lee's Ride with the Devil, and Shaft. For his portrayal of Rev. Martin Luther King Jr. in HBO's Boycott, he received a 2001 AFI award.

In addition to acting, Jeffrey is Vice Chairman of Taia Lion Resources and Chairman of Taia Peace Foundation. He also serves on the boards of directors of the Tribeca Film Institute and Resolve. Furthermore, he was named by Sierra Leone as the Peace by Piece Ambassador for the country's 50th Anniversary Independence Celebration, and received the Humanitarian Award at the 2011 Napa Valley Film Festival for his work with the Taia Peace Foundation.

Here, he talks about his latest outing as Beetee in The Hunger Games – Mockingjay Part 1.

Kam Williams: Hi Jeffrey, thanks for another interview.

KW: Great! How was it being back with The Hunger Games and playing Beetee again?

JW: The film has kind of been an expansion of these stories, though not from Beetee’s perspective. It sort of shrinks for him in that he’s wheelchair-bound and kind of confined to a laboratory’s space. But the films around him are expanding and the stakes are being raised, and we’re entering these districts that we really haven’t explored before. So, it’s kind of a thrilling ride. From Beetee’s perspective, he becomes the lens through which we enter these other worlds, since he’s responsible for communications. That’s kind of exciting. I was also drawn to the idea of propaganda and communication as a weapon, since it’s relevant to a lot of what’s happening outside of cinema nowadays.

KW: Children’s book author Irene Smalls asks: Your character, Beetee, in The Hunger Games is revered for his intellect. Is that a departure from the roles typically offered actors of color?

JW: I don’t think there is a typical role offered actors of color. Perhaps that was true many generations ago but, thankfully, there has been tremendous progress forged by a host of actors who preceded me who have expanded the possibilities. Even in the past, many roles that might have been stereotypical were subverted in some way. I’m very excited about seeing this recently-discovered Bert Williams film found at the Museum of Modern Art in which he performs in blackface, like he does in many of his movies. As he describes, he does an impersonation of a black man. [Chuckles] I love that idea because he was one of the most brilliant performers in cinema, ever. And we’ve only seen a few short clips of his work. But W.C. fields described him as the funniest man he’d ever seen, and the saddest man he ever knew. I say that to suggest that there are never limitations, whether you’re an actor or anyone taking on a task because, if you look back a century, there was a performer of color, Bert Williams, who, despite being confined to blackface, was doing some of the most thrilling acting that I’ve ever seen on camera. From what I understand, he was even somewhat of an inspiration for Charlie Chaplin’s Little Tramp, which was the first major, iconic cinematic persona. So, I’ve kind of gotten away from believing in limitations.

KW: Director Rel Dowdell says: You’re one of the best!

KW: He goes on to say: Given your peerless acting talents, do you ever think of yourself as underrated?

KW: Chandra McQuen says: You are such an amazing and versatile talent with an impressive list of credits to your name. You seem to be cast in roles based on your talent and not the color of your skin. Do you ever feel the weight of being a minority actor? What dream role would you like to play, if casting were 100% colorblind?

JW: I’m doing what I want to do. If casting were 100% colorblind, the characters I’d want to play are the same ones I’ve wanted to play prior. The one role I’ve considered developing a film about is Alexander Pushkin, the Russian writer, poet, lover and madman.

KW: Marcia Evans says: Jeffrey Wright is one of my all-time favorite actors ever.  I had the opportunity to meet him briefly a few years back he was so gracious. He is the epitome of what I call a man with integrity. Please don't complete this interview without my question. The other day, I watched his awesome performance playing the Dominican drug dealer in Shaft for the umpteenth time. I love your Latin accent, especially the line about “Egyptian Cotton.” Wow! I would like to know how you captured the accent and flavor of the Dominican culture so well.

JW: I have one particular Dominican friend whose use of language I always really dug, as well as the music of his voice. So, I grabbed a lot from him, and then I hung out in Washington Heights after I had been working on the character for awhile. The character actually came to me in a barber shop on 186th Street, completely, when I was getting a haircut and shave. The barber’s name was Derbis. When I was done, I looked in the mirror, and I saw Peeples.

KW: Professor/filmmaker/author Hisani Dubose says: You are one of the most engaging actors I've ever seen. How are you able to project so many emotions through your eyes? In the Manchurian Candidate for example the close-up on your eyes told your story all by itself. Also where did he get the idea for the way he said “Tiger Woo” in Shaft. People are still imitating you for laughs.

JW: Thank you, Hisani. I don’t know how to answer the eyes question. I just use the eyes that I was born with. But I do think they are a film actor’s primary tool, so I try to use them well. As for “Tiger Woo,” I was in Scotland for the British Open a couple weeks before we started shooting Shaft. Every day, I was thinking about the script in my head. The original script had me ask Christian Bale’s character whether he liked tennis. But it occurred to me that golf would be better, especially since I’d been watching so much of it. So, instead I asked, “Do you play golf?” before referring to “Tiger Woo,” since Peebles likes power and aspires to be someone like that. [LOL]

KW: Sangeetha Subramanian asks: What was your favorite location to film?

JW: Hawaii! But Berlin is a close second.

JW: When I look in the mirror, I still see a little kid. [Chuckles].

JW: Being with family. I think that’s what everyone’s earliest childhood memories revolve around. I was about 2 years-old or so. It must have been about 1967. I remember where we were living at the time. I just remember being in this space which was our home at the time, with family.

JW: Well, we just had the London red carpet premiere for Mockingjay in front of about 5,000 people. I hope I’m not nearly as excitable at home as I am in that situation. If I were as amped up at home, I think I’d be bouncing off the walls. [Laughs]

JW: That’s a good question, but I can’t answer it, because I’d be divulging more than I should right now. But there might be something coming up in terms of a remake.

KW: Thanks again for the time, Jeffrey. I’m really honored to have had this opportunity to speak with you.