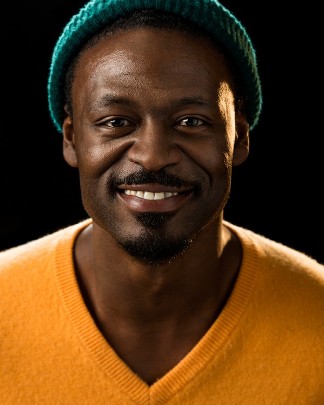 Tishuan Scott was born on October 27, 1979 in Shreveport, La. He attended Morehouse College in Atlanta, Ga., as an Oprah Scholar, where he matriculated towards earning his Bachelor of Arts in Drama and Psychology in 2002. He then attended the University of California at Los Angeles’ School of Theater, Film & Television as a Lloyd Bridges MGM/Outer Limits Fellow, where he received his Master of Fine Arts in Acting in 2006.

Kam Williams: Hi Tishuan, thanks for the interview.

Tishuan Scott: It’s my pleasure. Thank You, Kam, for the interview.

KW: Congratulations on winning the Breakthrough Performance at the South by Southwest Festival.

TS: Thank You! I love SXSW! I love Austin!

KW: It explores the themes of trust and betrayal during slavery, just as 12 Years a Slave. How would you compare the two pictures?

TS: The films’ singular comparison is that Solomon Northup is a free man who is enslaved for profit through the brutal trade and oppression of the system of slavery, and my character, Nate, a freedman, is sought after to make a profit, a bounty, by the patty-rollers who seek to re-enslave him. Both films share an insight to the great capitalization of the African-American male life, to be debased as worthless, yet so extraordinarily invaluable. There are also grander contrasts between the two films, however: 12 Years: 1841; The Retrieval: 1864. 12 Years: Pre-Emancipation Proclamation; The Retrieval: Post-Emancipation Proclamation. 12 Years: Brutality; The Retrieval: Humanity.

KW: 2013 was a banner year film for black film: 12 Years a Slave, 42, Fruitvale Station, The Butler, etcetera. What effect do you think that will have on Hollywood in terms of opportunities for African­Americans in front of and behind the camera?

TS: I believe it transcends Hollywood. It’s bigger than that! Our film has played in Toronto-Ontario, Calgary, Montreal-Quebec, Brazil, Australia, France-Deauville, Serbia, Greece, Germany, London, Istanbul-Turkey, Belgium-Ghent, Egypt-Luxor, and all over the U.S. in a myriad of film festivals, clearly displaying that there is an international and national interest and demand to see dark chocolate-skinned folks on the silver screen to observe and immerse an audience in the forgotten histories of who we are as a people and what we were as a nation. This canon of films will inspire many indie filmmakers and, hopefully, Hollywood to realize that our wealth is in our history, that we have so very many stories yet to be told. All five films have African-American male leads. You left out Mandela: Long Walk to Freedom – that makes six! That is exemplary and thrilling, but there are also stories with African-American women that must be told. We need African-American female lead actresses in films, in tandem with African-American male leading actors.

KW: How do you pick a role?

KW: You got both a bachelor’s and master’s degree in theater before starting your career. Do you recommend that route to aspiring actors?

TS: Yes. I met Samuel Jackson at our 2001 Morehouse College Gala: Candle in the Dark. I tell people what he told me. “Take your time. Get your education.”

KW: Are you also interested in writing and directing?

KW: The Harriet Pakula­Teweles question: With so many classic films being redone, is there a remake you'd like to star in?

TS: I don’t care for remakes. There’s soooo much undiscovered material out there; old and new. I want to be original. August Wilson’s “Fences,” Gloria Naylor’s “The Men of Brewster Place,” Richard Wright’s “The Outsider,” “Black Theater USA – Plays from 1847-1938” has a myriad of material yearning to be on the stage and screen! Those are classics to me.

TS: Would you like a free home renovation and free lawn landscaping?

KW: Would you mind saying something controversial that would get this interview tweeted?

TS: Legalize marijuana President Obama! Think of how many African-American males who would have to be freed from prison and how many it will save from ever being incarcerated!

KW: Have you ever had a near­death experience?

KW: Have you ever accidentally uncovered a deep secret?

TS: Today. It’s the kind of laugh where you throw your head back and laugh to the sky.

TS: Essays actually. W.E.B. DuBois’ “Criteria for Negro Art,” “The Guiding Hundredth,” “On the Wings of Atlanta,” and “On Our Spiritual Strivings.” Nietzsche’s “On the Pale Criminal” and “On the Three Metamorphoses.” Solomon Northup’s 12 YEARS A SLAVE was the last novel that I read. But it was in August before I reread the aforementioned essays.

TS: My reflection. And I love it!

TS: I wish for recycling to become a major industrial agriculture.

TS: Surrounded by my family and the best of my friends on a tropical island with exotic palms, our skins glistening in the sun, feet promenading through the hot sand, eating mangos and strawberries and dark chocolate and sushi, drinking mango and rum, listening to music inspired by drums, and dancing and laughing.

KW: The Ling­Ju Yen question: What is your earliest childhood memory?

TS: Playing with my Superman and performing sermons for my mother, granny and auntie with my Little Golden Book, a small glass of orange juice and a napkin to wipe the sweat from my unwrinkled brow. My most memorable lines they say were, “Just like Jeremiah said, ‘It was like fire, shot up in his bones’!” and “Lawd, thank you for the washing powder!”

KW: The Melissa Harris­Perry question: How did your first big heartbreak impact who you are as a person?

TS: I discovered that the heart is a breakable thing, but also discovered my capacity to love another person.

TS: A passion for what they do, an undying zeal and fervor to never give up and accept and embrace failures as the building blocks to the pyramids of success.

KW: What advice do you have for anyone who wants to follow in your footsteps? TS: Join SAG-AFTRA!  And keep your head to the sky, for it is the stars, the ancient and everlasting stars that will guide you.

TS: Zarathustra, Ubermensch and Herald of the Lightning!

KW: Thanks again for the time, Tishuan, and best of luck with The Retrieval.

TS: I think I heard someone before say, “Luck is for the godless.” Wish me Godspeed! Amen Ra.

KW: Godspeed it is then, bro!