Beyonce Will Grace Cover of Vogue in March 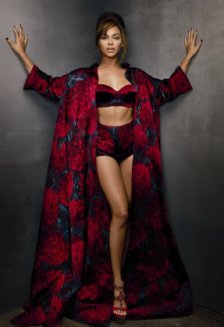 Beyoncé's path to motherhood was rocky, but now that she's mom to one-year-old Blue Ivy, the entertainer says her life has opened up.

"I feel like I have something that has grounded me so much more," Bey tells Vogue in its March issue, which features her on the cover. These days, she says, baby Blue has become her "road dog. She's my homey, my best friend."

And it sounds like they've had that bond since day one. The 31-year-old singer admits that she was fearful leading up to the delivery, but when that day finally came she felt peaceful.

With her loved ones there with her, she was able to "really let go and really appreciate every contraction," during which she visualized Blue "pushing through a very heavy door."

"I had a very strong connection with my child," Beyoncé says. "I imagined this tiny infant doing all the work, so I couldn't think about my own pain. ... We were talking. I know it sounds crazy, but I felt a communication."


Vogue warns that 2013 is going to be the Year of Beyoncé, which has already kicked into gear with last month's inauguration and the Super Bowl halftime show on February 3. Her documentary, "Life Is But A Dream," will debut this weekend on HBO, and her upcoming world tour, "The Mrs. Carter Show," is set to kick off in the spring. 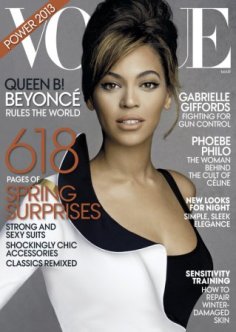 She's signed on for a headlining gig at this year's Essence Festival and has an upcoming interview with Oprah Winfrey on OWN this Saturday, not to mention the new album she's working on.

The forthcoming songs will reveal a more "sensual ... empowering" side of Beyoncé, one she says she has fully embraced after giving birth.

"Right now ... I really understand the power of my body," she tells Vogue. "I just feel my body means something completely different. I feel a lot more confident about it. Even being heavier, thinner, whatever. I feel a lot more like a woman. More feminine, more sensual. And no shame."