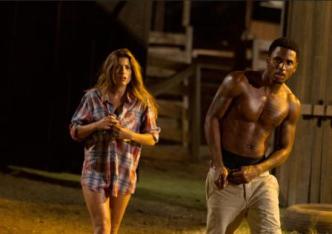 Born in Petersburg, Virginia on November 28, 1984, Tremaine Aldon Neverson, AKA Trey Songz, has undeniably become one of music's hottest R&B artists today thanks to an impressive streak of hit singles like "2 Reasons," "Can't Help But Wait," "Successful" (featuring Drake), "I Invented Sex," "Neighbors Know My Name," the platinum-certified "Say Aah" and "Heart Attack," which was recently nominated for a Grammy in the Best R&B Song category.

Songz' third album, Ready, made a stunning, Top 10 debut on the Billboard Top 200 charts and eventually landed a Grammy Award nomination for Best Contemporary R&B Album. The pop icon's fourth studio album, Passion, Pain, and Pleasure, was released in September of 2010 and debuted at #1 on the R&B/Hip Hop Chart, thanks to the success of two smash singles, "Bottoms Up" (featuring Nicki Minaj)," and "Can't Be Friends," both of which went platinum.

His latest LP, Chapter V, debuted in 2012 at #1 on the Billboard 200. For this project, Trey tapped his younger brother, Alex, to produce "Don't Be Scared," and he also included such high-profile guests as T.I., Lil Wayne, Young Jeezy, Rick Ross, Diddy and Meek Mill in the project. 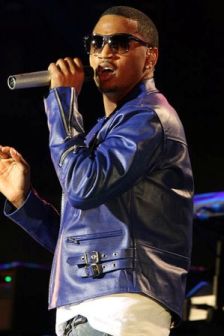 In 2011, Trey was part of Kodak's "SO KODAK" campaign alongside Drake, Pitbull and Rihanna, and he served as the face of Rocawear's Fall and Spring campaigns, too. His constant touring led him to Johannesburg, Africa where he not only performed a couple of sold-out concerts but spent time with local aspiring young musicians and entrepreneurs.

Trey has used his gift of music as a launching pad for various philanthropic and entrepreneurial endeavors, like the "Angels with Heart Foundation" and the Trey's Angels clothing line, sold exclusively at Citi Trends. Created in 2010, the "Angels with Heart Foundation" began as a call to action to engage his fan club, and it has now blossomed into a worldwide movement. Through this organization, Trey encourages members to give back to the community and, most importantly, to have a positive impact on their neighborhoods through service with local charities and random acts of kindness.

Here, the versatile entertainer talks about his latest film, Texas Chainsaw 3D, where he co-stars as Ryan opposite Alexandra Daddario.


Kam Williams: Hi Trey, thanks for the interview. 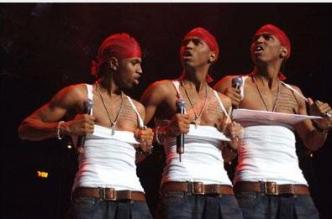 TS: Oh, man, so many different things, like the opportunity to be a part of an iconic franchise. The original was one of the first horror films that actually petrified people. Also, for me, as a musician moving over into acting, it was important to have other denominators in the picture that could carry the weight. As a musician-turned-actor, you ordinarily face one of two scenarios. Either all the pressure of success or failure is on your shoulders, so if the picture does poorly, you might never get another movie role, or you have a situation where you already have an anchor, which allows you to work your way up the ranks. I think Texas Chainsaw is such a big brand that it's an anchor unto itself. In fact, I wasn't #1 on the call sheet. That was Alexandra Daddario, who is an amazing actress. So, I didn't have the burden of carrying the film, which afforded me a chance to learn a lot about acting while playing her boyfriend.


KW: How would you describe your character, Ryan?

TS: As a likable character you get to know and love. He's easy-going, laidback, and really likes his girl. He wants to be there to support her, when she learns that her parents weren't her biological parents, and that she's just inherited a house from a grandmother she never knew. I'm just there for the ride. And even though I want to be a good boyfriend, like any good boyfriend, I slip up a couple times in the movie. 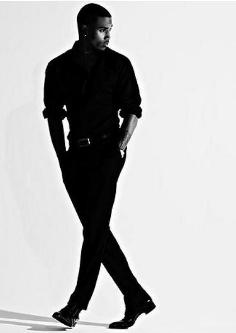 KW: One of the most common, horror movie clichés is that the black dude dies first. But I guess it must be different in this case, since you're playing the heroine's love interest.

TS: Yeah, that was definitely a part of the negotiations.


KW: Harriet Pakula-Teweles asks: How do you like making the move to acting from music?

TS: I've been in front of the camera a million times as a musician, and even directed a few music videos. So, I know a lot about spacing, focus, blocking, etcetera. So, acting isn't totally new for me. Still, I find it fascinating, because you actually get to be another person. Even though Ryan wasn't that complex an individual, I really enjoyed portraying someone else.


KW: How do you divide your time between acting and music, given that you have a new album out, Chapter V?

TS: I'm very busy. Besides promoting the movie, I did several concerts before taking a break for Christmas, and I have another month on tour ahead of me. After enjoying the holidays in the country with the family in Virginia, I'm heading to Stockholm, Sweden on New Year's Day.

KW: Director Larry Greenberg says: Trey, I used a chainsaw to defend against zombies in my last film and it was difficult to get the splatter right.  How did you guys handle that in Texas Chainsaw 3-D?

TS: The splatter? I don't know how they did it, but when they did it, they did it right. I know that they used a real chainsaw when he cut through the door and throughout the whole film. I wasn't scared, but I still thought to myself, "He does actually have a chainsaw in his hands!" So, if he wanted to cut through anything, he could.


KW: Is there any question no one ever asks you, that you wish someone would?

KW: When people do give me a good question. I call it their question and use it on other celebrities.


KW: I just got this one from Jamie Foxx: If you only had 24 hours to live, what would you do? Would you do the bad stuff, you never got a chance to do, or would you do good stuff to make sure you make it into heaven?

TS: If I only had 24 hours to live, I'd most likely spend it letting people know I loved them, and trying to make things right with whoever things were wrong with. One thing about life, man, once you're gone, the only true impact you have is on the lives you affected positively, no matter how many hit songs or movies you had.

KW: Jamie's co-star in Django Unchained, Kerry Washington, came up with: If you were an animal, what animal would you be?
TS: [Chuckles] That's a weird-ass question. I'd probably be a monkey.

KW: The Tasha Smith question: Are you ever afraid?
TS: Afraid? I don't know if afraid is the word. Sometimes, I'm unsure.

KW: Columbus Short said nobody ever asks him if he's happy. Are you happy?
TS: That's a very good question. Nobody ever asks me that either. I believe I am happy. I don't think I have achieved happiness in all areas of my life yet. As far as success is concerned, my family is being taken care of. But I think the last level of happiness would be becoming a father.

KW: The Teri Emerson question: When was the last time you had a good laugh?
TS: I been laughing all day. You can't stop me from having a good laugh.

KW: The music maven Heather Covington question: What was the last song you listened to?
TS: "He Can't Love You," by Jagged Edge.


KW: What is your favorite dish to cook?
TS: Pot roast.

KW: The Uduak Oduok question: Who is your favorite clothes designer?
TS: Versace.

KW: The Tavis Smiley question: How do you want to be remembered?
TS: As a good man.