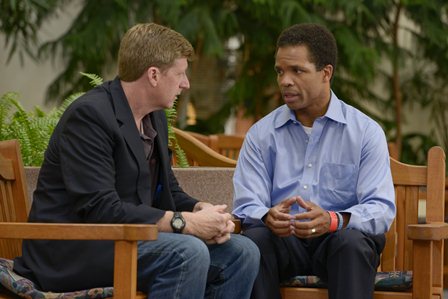 (CNN) -- Rep. Jesse Jackson spoke out Saturday on the circumstances surrounding his months-long absence from the public eye, saying in a recorded phone call to his Illinois constituents that he has "undergone medical treatment to address several serious health issues."

"Like many human beings, a series of events came together in my life at the same time and they've been difficult to sort through," he said in the call, which was obtained by CNN affiliate WBBM. "I am human, I am doing my best, and I am trying to sort through them all."

The nine-term Democrat who represents the south side of Chicago has been away from Congress since May. His office announced in June that he was taking a medical-related leave of absence. In August it emerged that he was suffering from depression and was in treatment at the Mayo Clinic.

Though he checked out of the Rochester, Minnesota-based facility in September, the Chicago Sun Times reported Friday that Jackson would be returning to the clinic, as soon as that same evening.

"I am anxious to return to work on your behalf but at this time, it's against medical advice," he said in the call. "And while I will always give my all to my constituents, I ask you to continue with your patience as I work to get my health back."

He added, "The good news is my health is improving, but my doctors tell me the road to recovery is a long one."

The congressman is the subject of an investigation involving possible financial improprieties conducted in Washington by the FBI and federal prosecutors, a federal law enforcement official told CNN this week. The Wall Street Journal reported the investigation involved home improvements which may have been improperly funded by campaign donations.

Jackson, 47, is also under investigation by the House Ethics Committee, which is examining allegations that, in 2008, he or one of his associates offered to raise money for then-Illinois Gov. Rod Blagojevich in exchange for Jackson being appointed to the Senate seat vacated by Barack Obama.

Jackson is the son of the famed civil rights leader and represents Illinois' 2nd Congressional District.