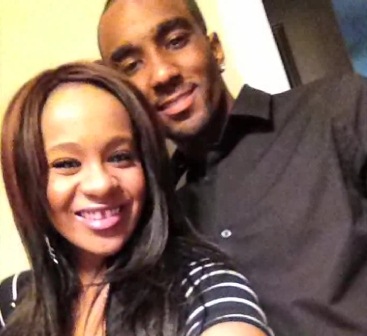 (CNN) -- Police in Alpharetta, Georgia, are trying to get to the bottom of a car accident that reports have suggested involved Bobbi Kristina Brown, the daughter of Whitney Houston, and Bobbi Kristina's reported boyfriend Nick Gordon.

According to the Alpharetta Police Department, officers were responding to a noise complaint call that was placed around 4:14 a.m. on Monday when they spotted a "wrecked Camaro sitting in the parking lot with its airbags deployed," a spokesman for the Alpharetta Department of Public Safety told CNN.

When officers knocked on the door of the car's registered owner, they didn't get a response. The spokesman believes it was the home of Bobbi Kristina's boyfriend, but that hasn't been verified.

(The noise complaint police were responding to was regarding a different apartment.)

So far, Alpharetta police know that the damaged Camaro was involved in some sort of accident, but they don't know where it happened, who was in the car, or when the incident occurred.

TMZ reported Wednesday that it was Nick Gordon and Bobbi Kristina who were in the Camaro when they got into the alleged accident on Sunday night, with Gordon behind the wheel and Bobbi Kristina in the passenger seat. TMZ heard from unnamed sources that the two were having an argument when the accident happened. The website adds that no other cars were involved, and there weren't any injuries.

However, Bobbi Kristina's attorney tells CNN that the 19-year-old was not in the car.

Having a damaged vehicle on private property isn't a violation, and police need to determine if there's a next step.

In the meantime, Bobbi Kristina is gearing up for her family's Lifetime reality show, "The Houstons: On Our Own," which is set to debut October 24 at 9 p.m.