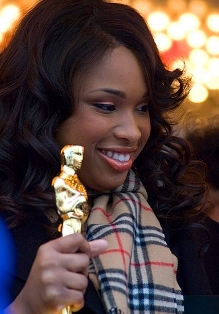 CHICAGO (AP) -- A potential juror in Chicago who works as a physical therapist says she watched "American Idol" during the year actress Jennifer Hudson appeared on the show. But she says that wouldn't affect her ability to be fair to a defendant who's accused of murdering the Oscar winner's mother, brother and nephew.

Jury selection began in earnest Monday in the trial of William Balfour. Balfour sat just a few feet across a conference table from the possible jurors as they answered questions one by one.

Among those retained in the jury pool for now is a junior high school teacher whose brother was a former Cook County's state attorney.

Out of the first dozen would-be jurors questioned Monday, the judge dismissed half.

A judge will question would-be jurors as jury selection begins in earnest Monday at the Chicago trial of the man accused of murdering singer and Oscar winning actress Jennifer Hudson's mother, brother and nephew.

Selecting 12 jurors and six alternates able to set aside sympathy for the Hollywood star and assess guilt only according to evidence presented in court against William Balfour could pose a major challenge.

It's expected to take two or three days to make final selections from among 150 prospective jurors. In a last step, each side can use pre-emptive strikes, usually around ten, to dismiss people from the jury pool without having to offer any reason.

Judge Charles Burns will aim to weed out anyone who might be swayed by the 30-year-old Hudson's celebrity, though he's unlikely to automatically exclude Hudson fans if they can convince him their biases won't affect their deliberations.

Even at trials where celebrity doesn't loom as a factor, jury selection is critical. A lone holdout during deliberations on a verdict can lead to a hung jury, forcing a retrial.

If convicted, Balfour, who is also 30, faces a maximum life sentence. Burns told would-be jurors last week that anyone opposed to capital punishment need not worry because Illinois abolished the death penalty this year.

Once testimony begins April 23, court officials say Hudson is expected to attend every day of the trial, which could last up to a month. She is on a 300-name list of potential witnesses, though it's not certain she will testify.

While the judge will warn jurors to avoid watching news coverage about the case, they may see Hudson in a scheduled appearance this Thursday on "American Idol," where she first rose to fame as a contestant in 2004.

The judge and attorneys have signaled they are well aware Hudson's presence and the media hubbub could affect the proceedings.

Nine of 66 questions on a questionnaire the would-be jurors were asked to fill out last week dealt with Hudson's career. One asked if they'd ever seen her Academy Award-winning film "Dreamgirls."

Hudson, who was not in Chicago at the time of the killings, told investigators she was in touch with her mother almost every day and became concerned when she couldn't reach her by late morning on Oct. 24, 2008.

Hours later, the bodies of her mother, Darnell Donerson, 57, and brother, Jason Hudson, 29, were found shot to death in the family home. The body of her 7-year-old nephew, Julian King, was found days later in an SUV several miles away.

Balfour's lawyers have said the evidence is circumstantial. But prosecutors say the proof includes gun residue found on his car's steering wheel, and that testimony will show he lied about his whereabouts the day of the murders.