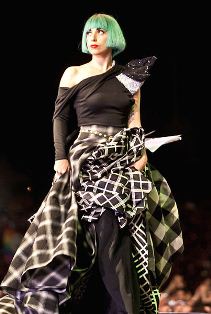 NEW YORK (AP) -- Lady Gaga is launching a foundation with the help of the MacArthur Foundation and Harvard University.

The Grammy-winning singer announced Wednesday that she is launching the Born This Way Foundation, a nonprofit focusing on youth empowerment and "issues like self-confidence, well-being, anti-bullying, mentoring and career development."

Gaga's partners include the John D. and Catherine T. MacArthur Foundation, The California Endowment and the Berkman Center for Internet & Society at Harvard University.

The foundation will be directed by the 25-year-old singer and her mother, Cynthia Germanotta.

"Together we hope to establish a standard of Bravery and Kindness, as well as a community worldwide that protects and nurtures others in the face of bullying and abandonment," Gaga said in a statement.

The multiplatinum singer is known for speaking out for others. She recently said she wanted to meet with President Barack Obama to discuss her concerns over bullying, and she visited Maine last year to support the repeal of the military's "don't ask, don't tell" policy on gays.

She has won Grammys, released three platinum efforts - including her latest album, "Born This Way" - and has a massive online presence: The singer has over 15 million Twitter followers and 44 million Facebook fans.

"Lady Gaga will help empower and give voice to young people who find themselves overwhelmed, undersupported, disconnected, isolated, bullied, or struggling," said Dr. Bob Ross, the CEO and president of The California Endowment. "This brand of leadership is sorely needed in today's world."

The official launch for the Born This Way Foundation will be next year, and an advisory board will be announced soon.