Kam Williams, Special to The Skanner News
Published: 10 May 2011 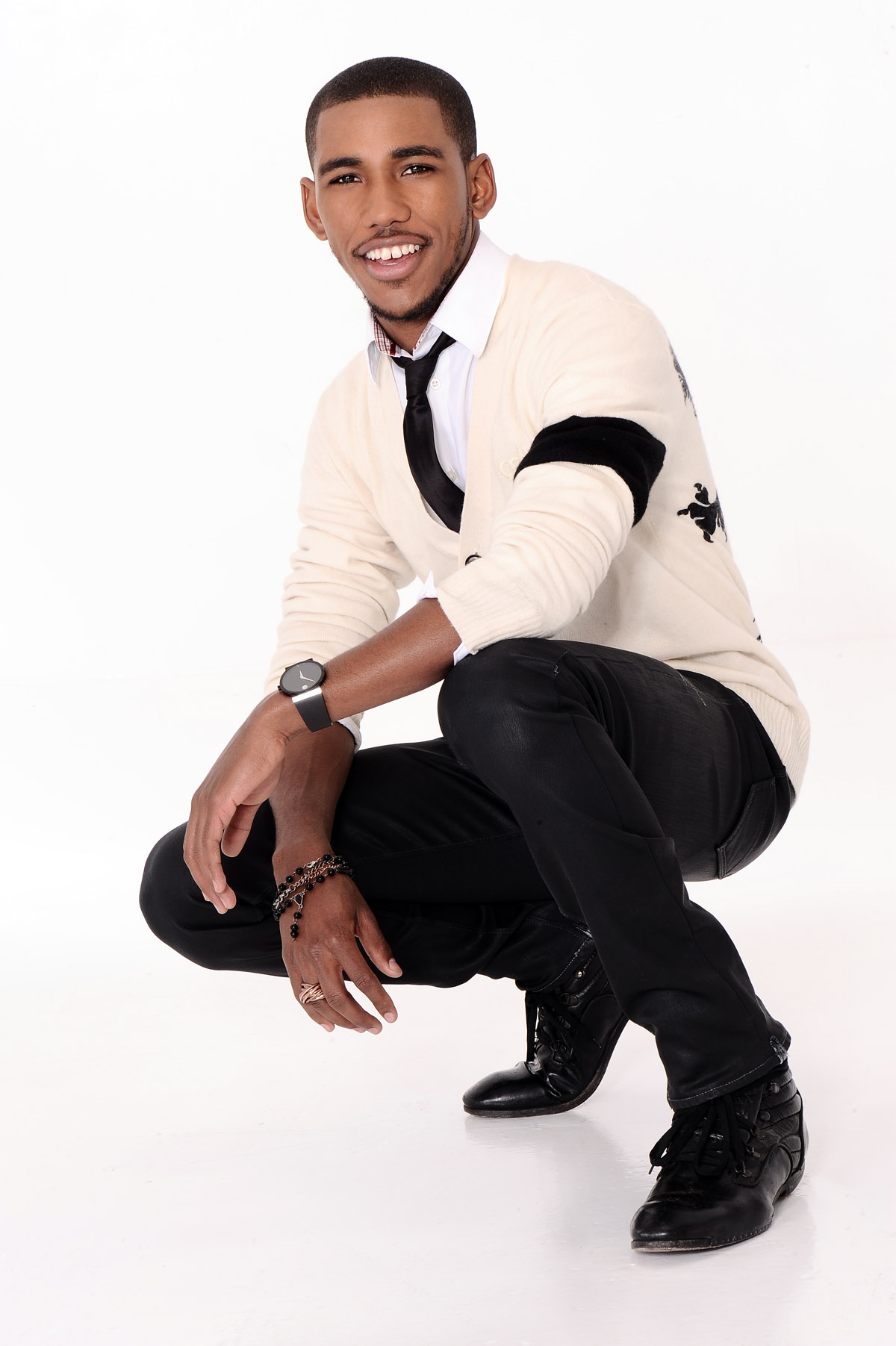 Born in Los Angeles on May 29, 1989, Brandon Mychal Smith is a charismatic young actor best known for playing ladies man Nico Harris on the Disney Channel sitcom "Sonny with a Chance," which was renamed "So Random" earlier this year. Brandon discovered his love for acting at a young age when he stood in front of his 6th grade class and recited a crowd-pleasing rendition of a poem by Shel Silverstein. And after graduating from high school, he enrolled at Hampton University where he earned his degree in entrepreneurship while minoring in finance.

A versatile performer, Brandon recently competed on the ABC celebrity reality show "Skating with the Stars," and in 2010 starred in the Disney Channel Original Movie "Starstruck."  His other TV credits include recurring roles on such shows as "Unfabulous" and "Phil of the Future." Brandon has also guest-starred on "Bones," "Without a Trace" and "That's So Raven".

Brandon's motion picture credits include appearances opposite Dwayne "The Rock" Johnson in Gridiron Gang, opposite Nick Cannon in Weapons, and opposite Matthew Perry in The Ron Clark Story. Away from work, he keeps himself busy between his many hobbies (especially roller-skating) and his charity work with organizations like the "Magic of Healthy Living Campaign" alongside First Lady, Michelle Obama.

Here, Brandon talks about his work on "So Random."

Kam Williams: Hi Brandon, thanks for the time.

Brandon Mychal Smith: Thank you for giving me the time.

BMS: What interested me about "So Random" was the great team of people that I knew were behind this project. My first love has always been drama, and Brian Robbins, "So Random"'s executive producer, had produced a film called "Hardball" that I had wanted to be in. I always wanted to work with Brian Robbins, so when the opportunity rang I was more focused and ready to do whatever it took to land the role of Nico. [LOL]

KW: Tell me a little about the show?

BMS: "So Random" is your "SNL" mixed with a splash of "30 Rock" all geared towards the cool kids and fly teens of the new millennium!

KW: How would you describe your character, Nico?

BMS: Nico Harris has the charisma and charm of a WIll Smith from "Fresh Prince of Bel Air" days with a dash of Denzel Smooth and a Kanye West swagger when it comes to getting fly! [Laughs]

KW: How similar are you to Nico?

BMS: Nico Harris is Brandon Mychal Smith at about 16 or 17 with much more energy and a way cooler job than I really had at that age. [Laughs] Nico and I share a love for the fashion world. And much like Nico, I've always loved vintage and unique clothing and cool jewelry. Nico and I also are very much ladies men. [Chuckles] The ability to charm the ladies has never been a sore spot for Mr. Nico Harris [LOL] But most importantly, Nico, as well as I, love to keep everyone laughing and having a good time!

KW: What would you say is the message being delivered by "So Random"?

BMS: The show's message is that with The Power of We, you can do it to with drive, persistence, commitment, breathing and smiling. [Laughs] The Power of We is the collaborative effort, everyone coming together to help contribute and or make a positive difference.

KW: What was it like doing the reality-TV series "Skating with the Stars"? How much of a skater were you as a child?

BMS: Doing "Skating with the Stars" was a very empowering experience for me. It showed me what I can truly achieve with drive, persistence and commitment. It felt good to become physically active and to push my body to its physical limits day in and day out. If I ever have to do a superhero movie, trust me, I'll be ready. [Chuckles] I am an avid roller skater, NOT ice skater. [Laughs some more] Big difference! Ice skating is a much more physically-demanding sport, although my lifetime love and passion for roller-skating definitely helped my confidence and ability to create on the ice skates, during Skating with the Stars. I became pretty good at ice-skating by the end of the competition, which surprised me in a great way.

KW: You've been in showbiz since you were 8? How have you avoided the problems that have plagued so many other stars?

BMS: Honestly, there truly is no way to avoid the inevitable. No one's perfect and, as they say, "Things happen." People make mistakes. When you're in the public eye, sometimes mis-happenings are amplified and misconstrued. I keep my family first and try to keep my personal business out of the media. My main focus is to continue doing fun work and meeting cool new people to collaborate with.

KW: At the beginning of your career, you were in a Nike commercial with Tiger Woods. What effect did that have on you?

BMS: Yes, the infamous Nike Tiger Woods Commercial. That commercial was definitely my light bulb of, "Hey, I think I might have some success at this." [LOL] It was my first audition ever and on top of that it was a "cattle call" which means they wanted to see anyone and everyone who in anyway resembled Tiger Woods to play one of the kids saying "I am Tiger Woods" in the commercial. I remember there were probably about 5,000 kids at the audition held at this huge golf club in Burbank. When I booked my first audition ever I knew that was a sign. [Laughs] To put a cherry on top of an already amazing opportunity, I am the last kid at the end of the commercial with the final "I am Tiger Woods" right before cutting to Tiger Woods. It made the experience that much more impactful and unforgettable.

BMS: I am very happy. Life surprises me in the most fulfilling and amazing ways everyday.

BMS: 10 minutes ago I had a good laugh with my good friend Miles D about old college times. Those are the best laughs!

BMS: My guiltiest pleasure is sweet cream with Oreos at Cold Stone. I'm addicted, and I loooove it!

BMS: The last book I read was "Keep Calm and Carry On." Everyone, read this! [Laughs]

BMS: I am of course listening to my single, "So Random!" It's a party get down!

BMS: My favorite dish to cook would have to be freshly-steamed Dungeness crab with fresh drawn butter on the side. Yummmmmm!

BMS: My favorite clothes designer is Marc Jacobs. I truly admire his vision and keen sense of style in his clothing lines. When I have on a Marc Jacobs piece, I feel like a rock star! I like for my clothes to make me feel unstoppable

BMS: When I look in the mirror I see a young man by the name of Brandon Mychal Smith, poised, ready and hungry for new endeavors and opportunities to make positive impacts with the people of this amazing world.

KW: Thanks again, Brandon, and best of luck with the show.

To see a trailer for Sonny with a Chance, visit: http://www.youtube.com/watch?v=Z0uIxpGwGU8