Interview: Rep. Maxine Waters on HIV/AIDS in the Black Community 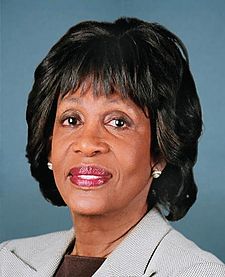 WASHINGTON, D.C. - One of the most prominent and effective African American members of Congress, Rep. Maxine Waters (D-CA), has long been a fighter against the spread of HIV/AIDS in the African American community and a strong advocate for the rights and care of individuals with the virus.  Given the tremendous challenges facing our nation at a time of great possibility for infected people, we asked Waters, former chair of the Congressional Black Caucus, to share her views.

What concerns do you have about how the challenges to health reform might affect people with HIV/AIDS?

Health disparities like HIV/AIDS, heart disease, cancer, diabetes, etc., for people of color are getting worse, and more and more people are going without health insurance.  That's why the Affordable Care Act, also known as the health-care reform law, specifically addresses these disparities and other pre-existing conditions and makes it illegal to be denied health insurance because of them.  We cannot allow the health-care reform law to be repealed, and part of the reason I voted against repeal was because the Affordable Care Act will help lessen health disparities, including those related to HIV/AIDS.

Moving forward, I'm encouraged that the president announced a National HIV/AIDS Strategy last year, with the three primary goals of reducing the number of new infections, increasing access to care for people living with HIV, and reducing HIV-related health disparities.  A national strategy is something that's long overdue and something I've long called for, and I urge everyone not only to get behind it but to financially support it 150 percent.  Again, ideals are one thing, but securing adequate funding to make those ideals come true is something else.

What deciding moment occurred in your life that made you become committed to this issue?

Well, for years I had been troubled by the prevalence of HIV/AIDS in our community and among women, homosexual men, and other communities of color.  Even though African Americans are about 12 percent of the population, we're almost half of all HIV/AIDS cases! Taken together, two-thirds of all HIV/AIDS cases involve minorities.  That kind of disparity indicates a crisis, and as chairwoman of the Congressional Black Caucus in the late 1990s, I got Health and Human Services Secretary Donna Shalala to publicly say so after asking her about the disease's impact on the African American community.

From that admission, I began work to create the Minority AIDS Initiative.  It wasn't easy, but this was a top priority for me.  I held and attended many meetings, hearings, and programs with activists, academics, patients, and government officials to paint a broad but compelling narrative: The Black community was being torn apart by HIV/AIDS, and many other communities of color were not faring much better.

I was proud to announce a $156 million funding formula for the initiative in 1998, and since 2003 I have repeatedly secured about $400 million for the initiative.  Of course, we're facing a time of extreme budget austerity, but in fiscal year 2011, I was joined by 56 of my colleagues in requesting $610 million.

What HIV-related advocacy are you involved in on Capitol Hill?

I advocate for the Minority AIDS Initiative in Congress each year, and I usually like to get tested in public on Capitol Hill or in Los Angeles so others can join in and see how effortless it is.  I also have some legislation from previous Congresses that hasn't made it into law yet, and which I plan to reintroduce: the Routine HIV Screening Coverage Act, which would require health-insurance plans to cover routine HIV tests under the same terms and conditions as other routine health screenings; and the Stop AIDS in Prison Act, which the House of Representatives passed in March 2009, which requires the Bureau of Prisons to test all federal-prison inmates for HIV upon entering prison and again prior to release from prison, (and) provide HIV/AIDS-prevention education for all inmates and give comprehensive treatment to inmates who test positive.

Nick Chiles is a prize-winning journalist and author who lives in Georgia. Read more about him at chilmill.com.