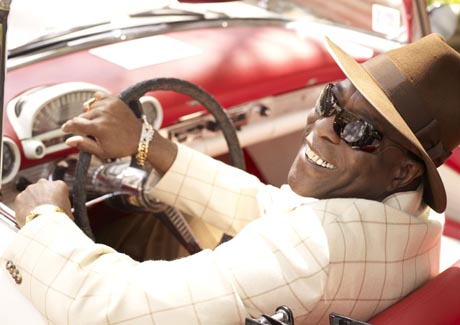 While the clouds and rain may be here to stay for a few more months, it's never too early to be thinking about the 2011 Safeway Waterfront Blues Festival.

The 2011 festival will return from July 1 to 4 to the (hopefully) sunny banks of the Willamette River at Tom McCall Park. Last year, more than 100,000 people attended the four-day festival. Now in its 24th year, there will be an estimated 120 acts on four stages, in addition to fireworks, river cruises, music workshops, dances and excellent food.

The primary purpose of the festival is to raise money and collect food for the Oregon Food Bank.

"The festival is proud to announce this year's world-renowned artists, including the strongest zydeco line-up ever," said Peter Dammann, festival talent coordinator. "Overall, this festival will be amazing."

Rock and Roll Hall of Famer Buddy Guy – considered by many to be one of the greatest guitarists alive – will be performing on opening night, Friday, July 1, along with James Brown's former sax man and music director Maceo Parker. The July 2 line-up will include a range of zydeco Grammy Award-winners songwriter Lucinda Williams, Chubby Carrier & the Bayou Swamp Band and Grammy-nominated accordion player Steve Riley and the Mamou Playboys.