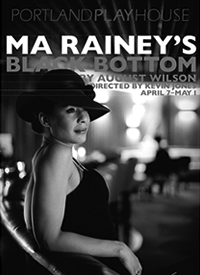 Mark your calendars. The public is invited to a sneak peak at the new Portland Playhouse production of August Wilson's "Ma Rainey's Black Bottom" from 6 to 7:30 p.m. on Monday, March 7 at the Playhouse, 602 NE Prescott St.

In addition to viewing the first rehearsal for the critically acclaimed play, attendees to the free event will be meeting with the cast and production team. Director Kevin Jones, who was nominated for a Drammy Award for last season's Playhouse production of August Wilson's 'Radio Golf,' will speak with the audience about his vision for the project. Refreshments will be provided.