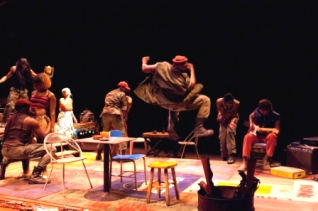 Set inside a bar in the Congo, where music, drink and sex provide a respite from the long-running war, Ruined won a 2009 Pulitzer prize for Brooklyn-born playwright Lynn Nottage. This year the play was a hit at Oregon Shakespeare Festival, where it was part of the 2010 season.
If that's a surprise to you, you might not know that Oregon Shakespeare Festival does a lot more than present classic Shakespeare plays – although the company, now guided by acclaimed artistic director Bill Rauch,  has a longstanding reputation for producing world-class Shakespeare.   Oregon Shakespeare Festival produces contemporary work as well as period pieces and classics – interpreted by a diverse group of actors, such as NAACP-award winner Kacy Earl David, Emmy-winner Peter Macon and Julliard alumna Dawn Lyen Gardiner.
"A lot of people don't realize we do a lot more than Shakespeare," said Amy Richard, communications manager for the company. "And they don't know we run from February through the beginning of November. So there are lots of opportunities to come down and see something, even at short notice in the spring and fall especially, when it's not the height of the summer season." 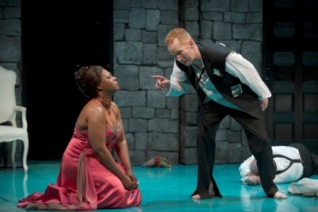 So for 2011, Oregon Shakespeare Festival's lineup includes:
The African Company Presents Richard III, Carlyle Brown's play about a black theater company in New York before the end of slavery.
Ghost Light by Tony Taccone and Jonathan Moscone, another contemporary play about a man haunted by the murder of his father.
To Kill a Mockingbird, an adaption of Harper Lee's book about a childhood in the south.
The Language Archive, a comedy by Julia Cho about language and love.
August: Osage County, a comic tragedy by Tracy Letts about drug abuse, sexual misbehavior and family secrets.
The Imaginary Invalid, a 17th century comedy by French master playwright, Moliere
The Pirates of Penzance, a 19th century comic opera by W.S. Gilbert and Arthur Sullivan 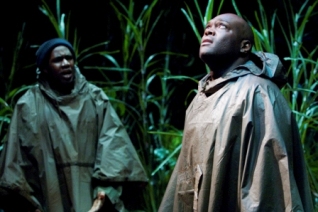 As for Shakespeare, the 2011 season will feature several productions. You can book to see
Julius Caesar,
Henry IV Part Two,
Love's Labors Lost
Measure for Measure


Find tickets and special offers online at Oregon Shakespeare Festival website. A $99 Flex pass covers 5 tickets, for example. Register online to receive weekly $20 web specials and family deals.
The 2010 season was Oregon Shakespeare Company's 75th year and attracted its largest audience ever. Close to 415,000 tickets were sold for 770 performances.
"I can't imagine a more joyful celebration of our milestone 75th anniversary than the shows that our artists and artisans created this year, and the passionate response from our amazing audiences," said artistic director Bill Rauch. "There was an undeniable electricity throughout the season that has made me feel especially privileged to work at the Oregon Shakespeare Festival."
Exciting developments this year will bring new artistic opportunities to the festival. A grant from the Los Angeles-based Edgerton Foundation will give OSF a $200,000 grant over four years to support the commissioning of five new American musicals. And the second grant from the Nathan Cummings Foundation, will fund new works of Nexthetics, a fusion of spoken word aesthetics with hip hop.
Those are just two of the many projects the festival is leading. It has announced 14 new commissions since 2008, and runs the Black Swan Lab, which offers 350 hours of play development time and incubates new ideas.

PHOTOS
Top: An evening at Mama Nadi's, from Ruined. Photo by Jenny Graham.
Center: Dan Donohue as Hamlet charges his mother Gertrude, played by Greta Oglesby with murder and villainy. Photo by David Cooper.
Bottom: In Ruined, Fortune, played by Peter Macon, waits outside Mama Nadi's bar in the rain with his friend Simon, JaMario Stills, in hopes of finding his wife. Photo by Jenny Graham.