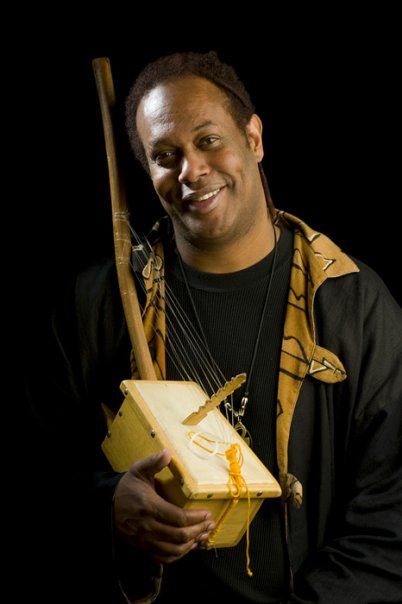 Playwright and actress Susan Banyas' critically-acclaimed stage show about how the Civil Rights Movement affected her hometown in Ohio, "The Hillsboro Story," continues this weekend at Artists' Repertory Theater. The show's music composer, David Ornette Cherry – son of jazz great Don Cherry — spoke with The Skanner News about the process of creating the soundtrack for the show and what it meant to him.

The Skanner News: How did you get involved with "The Hillsboro Story?"

David Ornette Cherry: I got involved when I first met Susan Banyas, in Los Angeles. I was working with Kamau Daaood and I was doing music for his new book called "Language for Saxophone." So we were doing a lounge series in downtown Los Angeles when Susan Banyas was doing "No Strangers Here Today" (about her Quaker great-great-great grandmother's coded diary of the Underground Railroad). She wanted some original music so we met and I did her music, it took me about a year. And that's when I first came here. At the IFCC we premiered it in 2007, in February. So at the same time she was working on "The Hillsboro Story," the book. We ended up going on tour with "No Strangers." I went to Ohio to the town of Hillsboro and then I started meeting the people, and also doing the soundtrack. And then we took it to Columbia University for their Oral History Project, and then that's where it came out to be that, okay this could be a theater piece. And then Allan Nause at the Artists Rep Theater liked the project, and we've been working on it for about a year.

Musically, I just tried to make the soundtrack kind of a world soundtrack, so it's not really period to 1954-55-56. It's all over the map as far as textures, but you do have strings. And I did some sounds on my keyboard like that. So I got involved with it. And it's been like three years I think, to get to this point.

TSN: Did you feel moved by the story itself, by the content? What do you think about creating this project around the Civil Rights Movement?

Cherry: Well I guess I did feel moved because I was born in Watts, Ca., so I was born on 115th Street and Avalon. So the Watts rebellions were on 116th and Avalon, so I was literally seeing that explosion. And after that point in our schools, and elementary school, and junior high school and high school, it was very proactive in the Civil Rights and Afro-centric and black-is-beautiful, Black Pride and stuff like that. So we were really educated on the whole movement and how the movement went forward. What was fascinating me about that story, about "The Hillsboro Story," is it's from a White girl's perspective. A child's perspective I should say, too, because Susan was 8 years old, in the third grade, and her teacher was reading "Charlotte's Webb," and all the sudden outside the window, these five African American women are trying to get their children in, because of Brown vs. the Board of Education.  And I did find it moving to hear that story from her perspective.

The Hillsboro Story run has been exteneded through Oct. 30, with a live concert pre-show with David Ornette Cherry's ensemble Oct. 23. Show nights are Thursday, Fridays and Saturdays, and one matinee on Saturday, Oct. 30, at 2 p.m., at Artists Rep, at 1515 SW Morrison Street. For tickets call the box office at 503-241-1278 or go online to www.artistsrep.org.