Edwidge Danticat Speaks on the Dangerous Work of Artists, This Weekend in Seattle 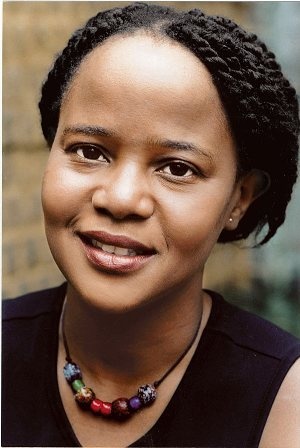 Haitian-American novelist Edwidge Danticat, winner of the MacArthur 'genius grant' and author of "Breath, Eyes, Memory," and many other books, speaks on the immigrant life and its impact on writing Friday at Seattle Town Hall.
Danticat's newest book, "Create Dangerously," is a work of nonfiction sketching out the lives of several Haitian artists, activists and expatriates which she weaves together with her own observations of writing, identity and life.
The Skanner News spoke with Danticat last week about her upcoming visit to the Pacific Northwest.

The Skanner News: How did you come to write this book?

Edwidge Danticat: Well it came out of this lecture that I was asked to give at Princeton, the Toni Morrison Lecture Series. I had a year to think about the lecture and I was extremely, extremely nervous because it would have been only the second lecture in the series history -- the first one was by Cornell West. So I was terrified and I wanted to think of a worthy topic. There were things that I had been thinking about for awhile – about art. Not so much, you know, ordaining artists or immigrant artists with responsibility, but just sort of reflecting and talking to different people about how they approached this, being both artists and immigrants at the same time.
And I had this sort of image that had always haunted me of this execution that happened before I was born, and I had seen this image of these young men whose lives were just sort of suspended in that moment. And I always tried to make sense out of it artistically, I thought about writing something about it. But the reality of it was just so much larger than fiction, which is how I originally thought of approaching it. 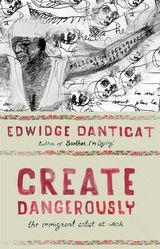 So I started just jotting down these thoughts that I had -- and they're not so much meant to be a manifesto as more kind of reflection, and it's a way to enter a conversation about art and creating art when you're from a place that's in crisis. And a feeling that I think a lot of us feel who – especially those of us who come from originally poor immigrant families where you – especially when it's not going so well – you think, should I have been a doctor? Would I have been more effective? Just to reflect on all of that, and leaving room, also because it's a relatively small book, and leaving room for other people's ideas, to counteract, or to reject. I imagine the ideal reader having different conversations in the book.


TSN: And yet it's for sure that people from all kinds of different backgrounds are taking it as a personal manifesto of art. Do you get that sense too?

ED: A lot of people are. It's surprising me, I think -- you know I think people who are artists, it's such a thing about creating anything, any type of art, writing, visual art, anything, you always feel you're floating in the wind. I think people are curious about different peoples' approaches, and that's why I try to not only talk about how I feel about it, but I talk to other people who are in the same vein.
And I hope different people will get different things out of it. But I think people are always interested in what other people -- what their message and approaches are, and that's how I read. And depending on where you are on this spectrum, I'm not always seriously looking for a message, or trying to convey a message. I also love to enjoy something that I'm reading or watching or listening to. It offers all those possibilities too, rather than putting shackles on anybody's feet. Like you have to do this, you have to do that.


TSN: So not meaning to be too serious, but the thing that is so amazing about this book is the idea of danger, and creating dangerously, and the danger that art can bring into peoples' lives. Because most of us don't think about art and danger at the same time but when someone holds up this mirror as you have done, then we can all say, 'Oh my God, art is dangerous.'

ED: People define danger differently, and I think because for a lot of people – in the environment that my parents and part of the time I grew up in, it was actually dangerous to be an artist who didn't go along with the program. So there's that sense of danger. But I think every time somebody takes this kind of risk and pours a piece of your soul out into a piece of work, that the world can either spit on or trample on, or curse at, or embrace, there's a sense beyond the larger dangers of prison, etcetera.
I think there's still a sense of danger every time we step out there, and stick your head out and present part of your soul through your work in some way. So I think most people who create can identify with that, the sense of taking a risk every time, and then facing the possibility of rejection or failure, I think there's also a sense of danger in that.