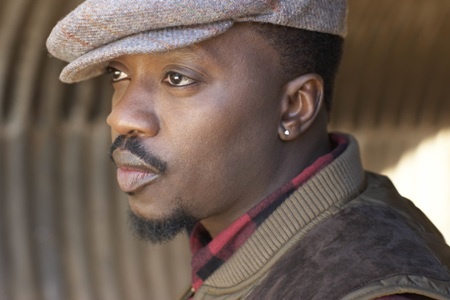 R&B recording artist Anthony Hamilton has agreed to be the national spokesman for CASA, the Court Appointed Special Advocate Association. CASA works with children in foster care and the courts system, assigning them a volunteer advocate.
The Skanner recently published a story about CASA in Multnomah County.
The Skanner News Video: Charlene
Hamilton developed his talent from the age of 10 by singing in his church choir. Now he's using his fame to help black children overcome abuse and neglect and survive the foster care system. Hamilton will work to recruit African American male volunteers for the national nonprofit organization.
"We are honored and excited that Anthony Hamilton will serve as one of our national spokesmen," stated Michael Piraino, chief executive officer of the National CASA Association. "His passion and dedication for children will go a long way to help us recruit much needed African American male volunteers."
Hamilton will work alongside Judge Glenda Hatchett, who has been a national spokeswoman for CASA for the past seven years, to raise awareness of the organization and to recruit volunteers.
"Our boys need positive role models," noted Hamilton. "Becoming a part of CASA will provide me with an opportunity to reach out to those men who can become everyday heroes to these children, and help change their life of hurt, into one of hope."