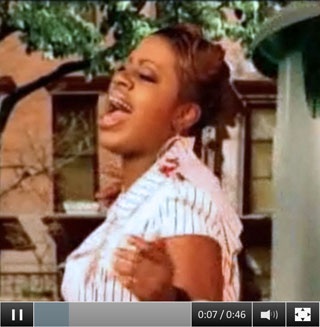 "Now in Stable Condition."
The overdose came days after the singer was named in court documents by Paula Cook, who accused Fantasia of having an affair with her husband, Antwaun. But Fantasia said she believed Cook when he said "he was not happy in his marriage and his heart was not in it. She believed him when he told her he and Mrs. Cook were separated late in the summer of 2009."
Fantasia Monique Barrino (born June 30, 1984) commonly known as Fantasia, is an R&B/soul singer and actress. She overdosed on "aspirin and a sleep aid" said her manager in a statement on Tuesday August 10 regarding her relationship and hospitalization, and that she was "overwhelmed by the lawsuit and the media attention."
The Skanner News Video -