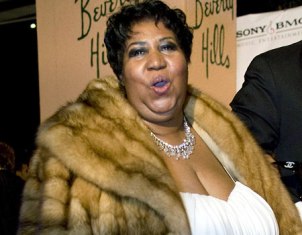 Jackson spoke to The Associated Press on Wednesday, about a week after Franklin announced she had undergone a surgical procedure. The Skanner News Video: Aretha Franklin Say a Little Prayer for Me

Neither she nor her publicist have said what is ailing the 68-year-old Queen of Soul. Jackson wouldn't either, other than to say his friend of more than 40 years had "serious surgery."

Jackson says Franklin takes daily walks up and down the hall of her hospital, and her spirits "are high and her faith is strong."

Last month, Franklin announced she was canceling all concert dates and personal appearances through May on the orders of her doctors.