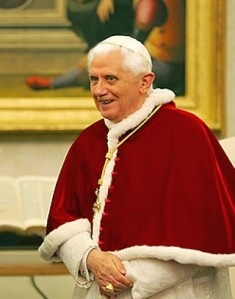 LOS ANGELES (AP) -- The head of a Roman Catholic order that specialized in the treatment of pedophile priests visited with then-Pope Paul VI nearly 50 years ago and followed up with a letter recommending the removal of pedophile priests from ministry, according to a copy of the letter obtained by The Associated Press on Wednesday.


In the Aug. 27, 1963, letter, the head of the New Mexico-based Servants of the Holy Paraclete tells the pope he recommends removing pedophile priests from active ministry and strongly urges defrocking repeat offenders.
The letter shows that the Vatican knew, or should have known, about clergy abuse in the U.S. decades ago, said Anthony DeMarco, a plaintiff attorney in Los Angeles who provided the letter. The accusation comes as plaintiffs in Kentucky are attempting to sue the Vatican for negligence for allegedly failing to alert police or the public about priests who molested children.
Yet the problem was very well-known to Rome well before the 1960s. The 1917 code of canon law criminalized sexual abuse of minors. Five years later, the Vatican penned a document outlining detailed procedures for handling such cases. In 1962, that document was updated and has been used in many of the lawsuits by victims against U.S. diocese and the Vatican itself.
The letter, written by the Rev. Gerald M.C. Fitzgerald, appears to have been drafted at the request of the pope and summarizes Fitzgerald's thoughts on problem priests after his Vatican visit.
The letter echoes other Fitzgerald writings about wayward priests.