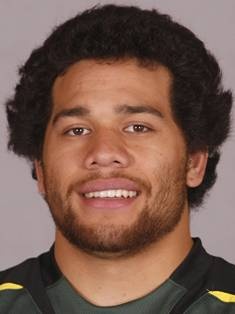 EUGENE, Ore. (AP) -- Oregon quarterback Jeremiah Masoli, who helped lead the Ducks to the Pac-10 title and a Rose Bowl berth last season, faces a burglary charge in connection with a theft at a campus fraternity house in late January.


The Lane Country district attorney's office says Masoli and former Oregon receiver Garrett Embry were each charged Wednesday with one count of burglary in the second degree.
Masoli and Embry were scheduled to be arraigned in Lane County Circuit Court on Friday afternoon.
The district attorney's office did not respond to a phone call seeking further comment on the case. In a statement Wednesday evening, Oregon coach Chip Kelly said he was "carefully considering the latest news" concerning Masoli and would make a decision about disciplinary action on Friday.
A fraternity member reported that Masoli and Embry stole two computers and a guitar from the Sigma Alpha Epsilon house on Jan. 25.
Police were tightlipped about the alleged theft, claiming it was under investigation.
The Ducks announced in early February that Embry had been dismissed from the team a month before for violating team rules unrelated to the alleged theft.
Masoli, who came to the Ducks as a junior college transfer out of Daly City, Calif., threw for 2,147 yards and 15 touchdowns last season. He also rushed for 668 yards and 13 touchdowns.
Oregon made a remarkable comeback from a season-opening loss to Boise State to win its first Pac-10 title since 2001 and earn its first trip to the Rose Bowl since 1995. Oregon came up short in Pasadena, losing 26-17 to Ohio State.
Embry appeared in 11 games last season, mostly on special teams.