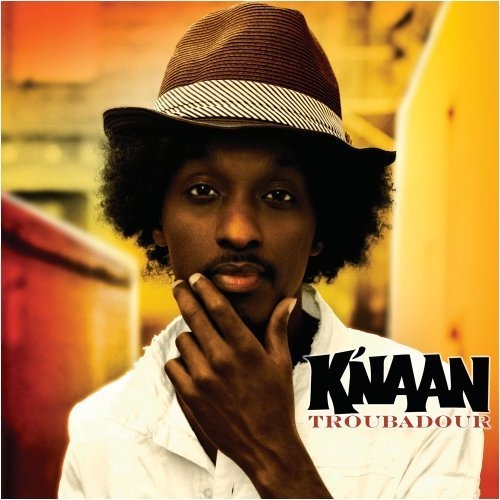 CHICAGO (AP) -- When rapper K'Naan was recording songs peppered with tales about warfare, poverty and despair in his native Somalia, there were people who told him he should consider abandoning his socially conscious frame of mind for material that wasn't so somber.
Most of those people were Somalis, K'Naan recalls.  The Skanner News Video: K'Naan
"They didn't want someone's shining talent to be wasted on such a disaster," K'Naan said recently. "They wanted to see themselves out there, and they knew there was rarely a chance that you could do it while carrying the baggage of Somalia. So they would say, 'Put it down and just go and be a star like these other people are."'
But K'Naan, along with a new generation of African-born singers like Nneka and Cornielle, are getting acclaim these days by using their experiences to express political messages, varied life experiences and sounds influenced by their years on the continent.
K'Naan, who now lives in Canada, had a global audience recently when he performed a remixed version of his song "Wavin' Flag" at the kickoff concert for the World Cup. Though the original lyrics, a bittersweet homage to his native Somalia, had been changed to talk about a general celebration of nationality, he held the Somali flag up high on stage, something he never thought possible.
"It had been buried under a rubble of bad stories for 20 years now. Nobody expects to see the Somali flag in a beautiful moment," he said.
While promoting her critically acclaimed album "Concrete Jungle" recently in Chicago, Nneka paused on stage at a dim bar to educate the crowd to problems stemming from the oil industry in Nigeria -- "just for your American information," Nneka said jokingly.
Nneka then channeled fellow Nigerian and Afrobeat icon Fela, instructing the predominantly white crowd of 20-somethings to join her in singing the late singer's "V.I.P. (Vagabonds in Power)."
"I think it's important ... especially coming out of an area like the Niger Delta," she said of her music's African themes. "I think it is my responsibility to speak about the issues that the normal person is confronted with on a daily basis and with issues (such as) corruption, and pollution and exploitation."
Tackling tough topics has mixed effects on an artist's success in crossing over to the mainstream.
"I think it's a double-edged sword. On one hand young people are more politicized than they've ever been. And Africa is certainly coming to focus in a way it hasn't before, especially with young people," said Jason King, an associate professor at New York University's Clive Davis Department of Recorded Music.
"On the other hand, we're living in a time when there's this great residue of xenophobia -- sort of distrust of foreigners and aliens that you see in Arizona and Nebraska and other places," King continues. "There's that continual resistance that Americans have to finding out what's going on in the rest of the world. And that's limiting the chance for success for some of these artists."
K'Naan's 2009 album, "Troubadour," sold 90,000 copies, and "Wavin' Flag" has sold 304,000 digital songs, according to Nielsen SoundScan. The tracking system lists Corneille's "The Birth of Cornelius" at almost 7,000 copies.
Nneka's "Concrete Jungle" sold 11,200 units this year, while her mixtape with DJ and producer J. Period prompted 127,955 downloads, according to her label, Decon/Epic.
K'Naan acknowledges that it's difficult to get heard amid the music of Lady Gaga and other pop music.
"Let's be honest, that doesn't get played on radio," he said.
But conquering the American mainstream is not an impossible feat. Senegalese-born entertainer Akon, who's had a hand in the careers of Lady Gaga and T-Pain, is proof of that, though his music rarely touches on political or African themes.
King points out a list of successful acts of past generations, including Senegalese singer Youssou N'Dour, Nigerian-born Tony Allen and even rock star Freddie Mercury, who was born on the island of Zanzibar. There's also Ladysmith Black Mambazo and Miriam Makeba, among others.
"K'Naan's visibility in the States is pretty small. But that could change," King said. "I definitely think he has the potential to be one of the biggest emcees in the business because he does represent the next age of hip-hop which in my opinion is globally conscious hip-hop."
Singer Corneille's parents were killed during the Rwandan genocide in 1994, and the youngster fled to Germany. He eventually moved to Canada, and after stints with a few bands, decided to go solo.
"I decided there was a story I wanted to tell that was mine, that was too personal to share with anybody else," Corneille said of the process, which he found therapeutic.
He released his first English-language album, "The Birth of Cornelius," last year in the United States, and was often defined in the media as a survivor of yet another African tragedy.
"As an African artist, when you become successful in the West, it's sort of imposed on you," he said.
Only in the last year and a half or so has he found the balance and boundaries he's comfortable with when it comes to discussing his views.
It's a task he's taken on, knowing that he has more to offer with his voice than just music _ he can be the voice of a people as well.
"There is no other Rwandan artist with the notoriety in the West that I have," he said.